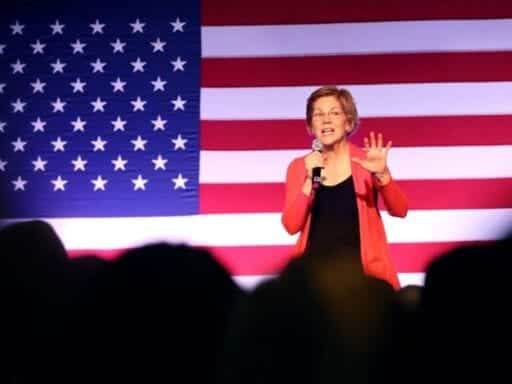 Voters are heading to the polls in New Hampshire for another key early-state contest in the 2020 Democratic primary.

The New Hampshire primary on Tuesday, February 11, will be the first of the 2020 Democratic presidential race. Eleven candidates are still in the running, though former New York Mayor Michael Bloomberg has elected not to contest the state. Polls will close at either 7 or 8 pm ET depending on the municipality.

After a chaotic Iowa caucuses, Vermont Sen. Bernie Sanders maintains a significant polling lead of around 7 points in the FiveThirtyEight New Hampshire polling average, but recent polls have shown former South Bend, Indiana, Mayor Pete Buttigieg closing in. Sen. Elizabeth Warren and former Vice President Joe Biden, who finished third and fourth in Iowa, respectively, are within the margin of error from each other in the same FiveThirtyEight polling average, and both trail Sanders and Buttigieg by a sizable margin.

Sen. Amy Klobuchar has also been on the rise in the state, with several recent polls showing her running in third place behind Sanders and Buttigieg.

The New Hampshire primary could matter more than ever this year, for a few reasons. Not only will independent voters also be going to the polls to weigh in on the Democratic primary, but the state may provide some clarity on the race that the muddled Iowa results lacked, as well as a crucial “bounce” for the winner.

While the Associated Press said it was “unable to declare a winner” in the Iowa caucuses, Buttigieg and Sanders both declared victory and will be hoping to amplify their momentum with strong finishes in the Granite State on Tuesday. (Buttigieg won the most state delegate equivalents in Iowa, though Sanders won the popular vote.)

Follow along below for Vox’s coverage of the 2020 Iowa caucuses, including results, breaking news updates, analysis, and more.

The police shooting of Marcellis Stinnette and Tafara Williams, an unarmed Black couple, explained
The Supreme Court is about to hit an undemocratic milestone
Trump’s State of the Union address: How to watch online and what to expect
Sending aid to Central America won’t stop migrants from coming
UN: The world has backed itself into a treacherous corner on climate change
Photos: Typhoon Mangkhut ravages Philippines, Hong Kong, and southern China