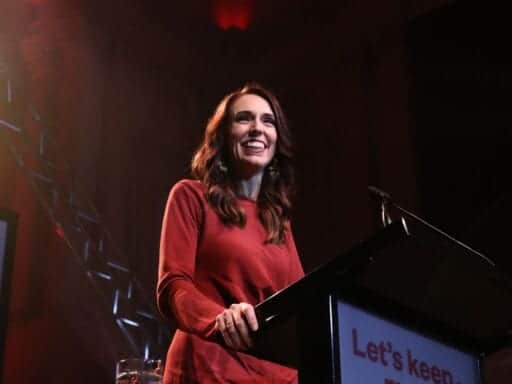 Ardern’s Covid-19 response was hailed around the world. Now her party has won a landslide victory.

New Zealand Prime Minister Jacinda Ardern has been hailed around the world for her government’s quick action on Covid-19, which has helped New Zealand avoid the mass infections and deaths that have devastated the US and Europe. Now, voters in the country have responded to her leadership by handing Ardern and her Labour Party their biggest election victory in 50 years.

Ardern, 40, gained international attention when she became prime minister in 2017, then one of the world’s youngest female leaders. At the beginning of this year, her center-left party looked set for a tight election due to a lack of progress on issues it had promised to prioritize, like housing and reducing child poverty, CNN reported.

Then came Covid-19. Ardern responded swiftly, with an early lockdown that essentially eliminated spread of the virus. She also spoke directly to New Zealanders with a warmth and empathy that’s been lacking in other world leaders, helping to soothe New Zealanders’ anxieties and getting them on board with coronavirus restrictions. To date, New Zealand has reported fewer than 2,000 cases and 25 deaths due to Covid-19.

In Saturday’s election, Ardern’s party is on track to win 64 of the 120 seats in the country’s parliament, according to Reuters. That would give the Labour Party decisive control of the government, allowing it to govern without having to form a coalition, and granting Ardern and her allies more power than ever to chart New Zealand’s course through the pandemic and beyond.

“We will build back better from the Covid crisis,” Ardern said in her acceptance speech on Saturday, evoking a slogan also used by former US Vice President Joe Biden’s presidential campaign. “This is our opportunity.”

Ardern has always been popular abroad. Now she has a mandate at home.

Ardern has maintained a high profile around the world since she was elected, as Damien Cave reports at the New York Times. It wasn’t just her youth that drew attention — she also became the first world leader in nearly 30 years to give birth while in office in 2018. Her six-week parental leave was hailed as groundbreaking, showing the importance of paid leave for parents at a time when many — especially in the US — struggle to access this benefit. (In New Zealand, new parents can access up to 26 weeks of paid leave funded by the government.)

But Ardern hasn’t always been as successful at home as she was popular abroad. Leading a coalition with the nationalist New Zealand First Party, she has struggled to deliver on progressive promises like making housing more affordable and tackling climate change, Cave reports.

Covid-19 then changed everything. Ardern was praised not just around the world but in New Zealand, where her quick action meant that many children could go back to school, and adults could return to work, while countries like the US saw a surge in infections.

Meanwhile, her personal addresses amid the pandemic to New Zealanders were lauded for their directness and warmth. In April, for example, she reassured the country’s children that both the tooth fairy and the Easter bunny were considered essential workers.

Ardern’s response was in many ways the embodiment of one of her leadership mantras: “Be strong, be kind.” Ardern’s effectiveness, alongside strong responses by Germany’s Angela Merkel, Taiwan’s Tsai Ing-Wen, and others, even led some to wonder if female leaders were better at handling the pandemic than male leaders.

And now, her constituents have voted to keep her at the helm as New Zealand continues to weather Covid-19. With a majority in the country’s parliament, Labour will be able to form a single-party government that may give Ardern greater ability to deliver on her priorities than she’s had in the past.

Despite this mandate, Ardern’s second term will bring new challenges including repairing an economy weakened by successive lockdowns, and ensuring her majority is able to deliver on its campaign promises. “She has significant political capital,” Jennifer Curtin, director of the Public Policy Institute at the University of Auckland, told the Times. “She’s going to have to fulfill her promises with more substance.”

But Ardern says she’s ready to get to work. The campaign slogan that carried her to victory was simple: “Let’s keep moving.”

The problem with Amazon’s speedy shipping, in one graphic
Why McDonald’s has been slow to adopt meatless meat
Vox Sentences: Pope Francis’s crisis of confidence
What the virality of #GirlDad says about American fatherhood
A high school put books about police violence on a summer reading list. A police union wants them go...
Doctors are frightened by climate change. Their industry is a big part of the problem.