Now the states are coming after Google and Facebook, too 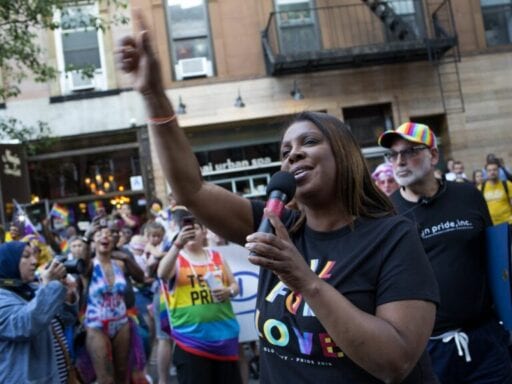 Investigations into Big Tech are all the rage right now — including among state attorneys general.

State attorneys general from both parties are upping the pressure on Facebook and Google with antitrust probes into their practices.

On Friday, New York Attorney General Letitia James announced that she plans to investigate potential anticompetitive practices from Facebook and its dominance of the social media industry. The investigation could encompass multiple areas, including privacy, data collection, and monopolistic business practices.

“Even the largest social media platform in the world must follow the law and respect consumers. I am proud to be leading a bipartisan coalition of attorneys general in investigating whether Facebook has stifled competition and put users at risk,” James, a Democrat, said in a statement. “We will use every investigative tool at our disposal to determine whether Facebook’s actions may have endangered consumer data, reduced the quality of consumers’ choices, or increased the price of advertising.”

Separately, dozens of state attorneys general are expected to join an antitrust probe into Google, according to reports from multiple media outlets. According to the Wall Street Journal, Texas Attorney General Ken Paxton, a Republican, will head the investigation. It will be announced at a news conference outside of the Supreme Court in Washington, DC, on Monday and entail about three dozen state attorneys general.

“People have multiple choices for every one of the services we provide. We understand that if we stop innovating, people can easily leave our platform,” said Will Castleberry, vice president of Facebook, state and local policy, in a statement to Recode. “This underscores the competition we face, not only in the US but around the globe. We will work constructively with state attorneys general and we welcome a conversation with policymakers about the competitive environment in which we operate.”

In a statement to Recode, Google spokesman Jose Castaneda said the search giant looks forward to “working with the attorneys general to answer questions about our business and the dynamic technology sector” and defended Google’s practices. “Google’s services help people every day, create more choice for consumers, and support thousands of jobs and small businesses across the country,” he said.

State attorneys general have been effective in addressing tech antitrust matters before. In the 1990s antitrust case against Microsoft, about 20 state attorneys general joined the Justice Department in civil action against the company over whether it used Windows to harm competitors. Initially, a judge ruled the company had to be split up, but later that was overturned and Microsoft agreed to lift some of Windows’ barriers for third-party software developers.

Big Tech is increasingly in the antitrust limelight

Tech companies have come under heightened scrutiny in recent months over their business practices, including on the matter of competition.

In July, the Department of Justice announced a sweeping antitrust review that, while it didn’t name names, made clear that Facebook, Google, and Amazon were on the agenda. The department said it would look into “whether and how market-leading online platforms have achieved market power and are engaging in practices that have reduced competition, stifled innovation, or otherwise harmed consumers.”

The FTC is also investigating Facebook over antitrust matters. This summer, it hit Facebook with a $5 billion fine for violating user privacy as part of the Cambridge Analytica scandal. And earlier this week, it fined Google’s YouTube $170 million over violating children’s privacy laws. It’s good politics for both parties right now to go after Big Tech. On the left, you’ve got figures such as Sens. Elizabeth Warren (D-MA), Bernie Sanders (I-VT), and Amy Klobuchar (D-MN), and on the right, Sen. Josh Hawley (R-MO). Hawley was previously attorney general of Missouri and launched probes of Facebook and Google from that perch. Hawley has introduced multiple bills seeking to crack down on social media.

Take the Harris Poll, which surveys Americans on the corporate reputations of various companies. Google’s reputation fell 13 spots in Harris’ most recent poll issued in 2019, one of most precipitous declines in the survey. One of the few companies that saw more reputational damage? Facebook, which fell 43 slots on the 100-company list to be about as popular — or unpopular, depending on how you look at it — as other scandal-plagued companies like Wells Fargo and the Trump Organization.

The New York Times on Friday outlined more than a dozen ways that Facebook and Google, along with Amazon and Apple, “are in government crosshairs.” Beyond the DOJ, FTC, and state AGs, Congress and the Department of Housing and Urban Development are also engaged in probes. HUD in 2018 filed a housing discrimination lawsuit against Facebook, alleging it allowed landlords and home sellers to discriminate against potential buyers and renters with its ad platform.

Do the soaring sales of anti-racism books signal a true cultural shift?
Shazam! is an unapologetically buoyant triumph of a superhero movie
Vox Sentences: Pittsburgh erupts in protests
Homeland Security Secretary Kirstjen Nielsen resigns as Trump rage continues
Mountain gorillas are distancing, too — from humans
Why Melania’s response to Trump’s alleged affairs was so weird