Obama and Trump each announced the death of a terrorist leader. They did so very differently. 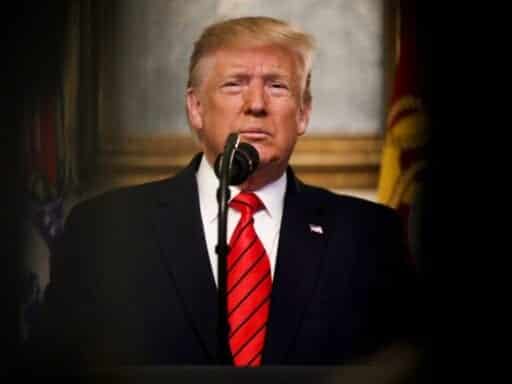 Share
Loading...
President Trump announced that ISIS leader Abu Bakr al-Baghdadi has been killed in a military operation in northwest Syria, in the Diplomatic Reception Room of the White House on October 27, 2019. | Alex Wong/Getty Images

In tone and substance, the announcements of the deaths of Abu Bakr al-Baghdadi and Osama bin Laden couldn’t have been more different.

On Sunday, President Donald Trump announced that Abu Bakr al-Baghdadi, the shadowy leader of ISIS, died during a US military raid on a compound in northern Syria. It was the most significant death of a terrorist leader since that of Osama bin Laden, the former head of al-Qaeda.

But in both tone and substance, Trump’s announcement was in stark contrast to the moment on May 1, 2011, when President Barack Obama announced the al-Qaeda leader’s death, also in a special military operation.

For one, Trump dramatized the operation. Reports began emerging on Saturday night that an operation had taken place to target Baghdadi, and shortly thereafter, Trump hinted at the news by tweeting, “Something very big has just happened!” Twelve hours later, he arrived at a news conference, regarded the assembled journalists in silence for a moment, then began his prepared remarks.

By contrast, Obama’s announcement of the attack on bin Laden took many by surprise. There was no day-before teaser, simply a televised address on the night after the raid that cut into regular scheduled programming.

Substantively, Obama’s remarks were short and relatively dispassionate. He kept the details limited, focusing on the reasons for targeting bin Laden and the process by which he and his team assessed intelligence and found the leader’s compound. Obama ended his remarks by directly addressing the victims of the 9/11 attacks and praising America. At the end of his speech, he turned around and walked back into the White House.

Trump’s remarks, by contrast, were longwinded. He broke away from his prepared remarks on several occasions. And at the end, he took questions from reporters — for nearly forty minutes. His focus was different as well: while Obama talked primarily about those involved in the operation, Trump spoke much more about Baghdadi himself: about his crimes, his notoriety, and — in lurid detail — his final moments.

In fact, Trump described nearly all of the operation’s event in graphic, nearly cinematic detail. The military team “accomplished their mission in grand style,” he said, and he described a humiliating end for Baghdadi: “He died after running into a dead-end tunnel, whimpering and crying and screaming all the way.”

By contrast, Obama described the moment of Bin Laden’s death in nearly clinical terms: “After a fire fight, they killed Osama Bin Laden and took custody of his body.” The majority of his remarks focused not on the moment of death, but on the greater context surrounding the operation, and the end of his remarks saw a call for unity.

Trump also described how Baghdadi used a suicide vest; how he brought three children with him to their deaths; and how US military took his body parts for DNA testing (“They have his DNA. More of it than they want, even,” Trump said). And he ended his question and answer session by describing, again, the moment of Baghdadi’s death.

Obama’s description of the military process — from naming bin Laden as a priority target, to gathering intelligence and identifying the leader’s whereabouts — was brief and vague. Obama mentioned where the operation took place, praised the troops who carried it out, and said every effort had been made to avoid civilian casualties — nothing more.

By contrast, Trump divulged a significant level of detail about the military operation itself. As Vox’s Alex Ward has described, this included information about planning, tactics, and even granular descriptions of equipment used.

Watch both speeches and compare them for yourself:

What we can learn from the “second wave” of coronavirus cases in Asia
Here is a tape of Michael Cohen and Trump talking about a payoff to a former Playboy model
No, Biden did not call Black people “superpredators”
Fox News’s coronavirus coverage slid back off the rails spectacularly on Monday night
“In a perfect world, they’d be running mates”: New Hampshire voters are torn between Sanders and War...
Trump was never going to be forced out