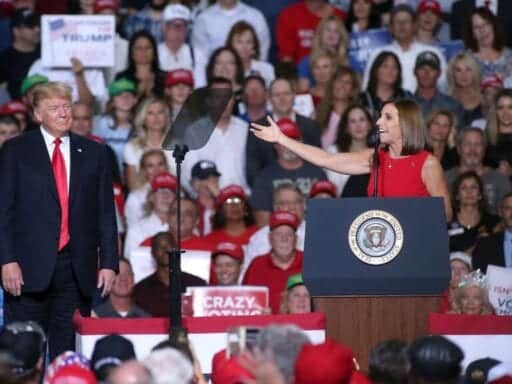 Blake Masters could become the latest Thiel protege in Washington.

One of Peter Thiel’s closest associates is seriously considering running for US Senate, a bid that would test Thiel’s political heft against a candidate endorsed by Donald Trump.

Blake Masters, one of Thiel’s senior-most aides, is preparing for a possible GOP primary challenge to Martha McSally, the Arizona senator appointed earlier this year to replace John McCain, Masters confirmed to Recode on Wednesday. The Arizona Republic first reported that Masters is laying the groundwork to run for office.

“We need to keep this seat Republican. And we need a GOP that puts voters before donors. Martha McSally lost a winnable race last year,” Masters told Recode. “If I come to believe that she can’t win next November, I’ll run.”

Masters, 33, is as close to Thiel as any of his aides, with Masters’s detailed notes on a course that Thiel taught at Stanford in 2012 forming the basis of Thiel’s startup gospel book, Zero to One. Masters ended up co-writing the book with Thiel and he’s now the president of Thiel’s personal foundation and the chief operating officer of his investment firm, Thiel Capital.

Thiel and Masters, who share a lot in common politically, have discussed his possible Senate run, which Masters has been pondering for years.

McSally is a vulnerable incumbent. She actually failed to win the Senate seat she ran for in 2018 as the Republican nominee before being appointed to Arizona’s other Senate seat vacated when McCain died. And McSally has already drawn a credible Republican primary challenger, a cosmetics executive named Daniel McCarthy, potentially making this a three-way race.

Masters, who grew up in Tuscon and moved back there when Thiel shifted his investment operations to Los Angeles in 2018, can likely depend on raising money from his network in Silicon Valley, including those in Thiel’s orbit. In the Trump era, Thiel has emerged as one of his party’s biggest donors; he is fundraising for some favored Republican Senate candidates in advance of 2020. That fundraising power would benefit Masters.

If elected, Masters would become just the latest Thiel acolyte to gain a foothold in Washington in the Trump era. Several people connected to Thiel have achieved prominent positions in the administration, and Thiel has a particularly close relationship with Josh Hawley, the Missouri senator who has become a thorn in the side of Big Tech.

But Masters’s bid could complicate Thiel’s relationship with Trump, with whom Thiel has worked to become an ally, even though the strength of that relationship has been questioned. Trump has preemptively offered McSally his “complete and total endorsement” and Vice President Mike Pence is scheduled to attend a fundraiser for McSally on Wednesday.

The winner of the primary is expected to face Democratic candidate Mark Kelly, the husband of former Representative Gabby Giffords, who survived an assassination attempt in 2011.