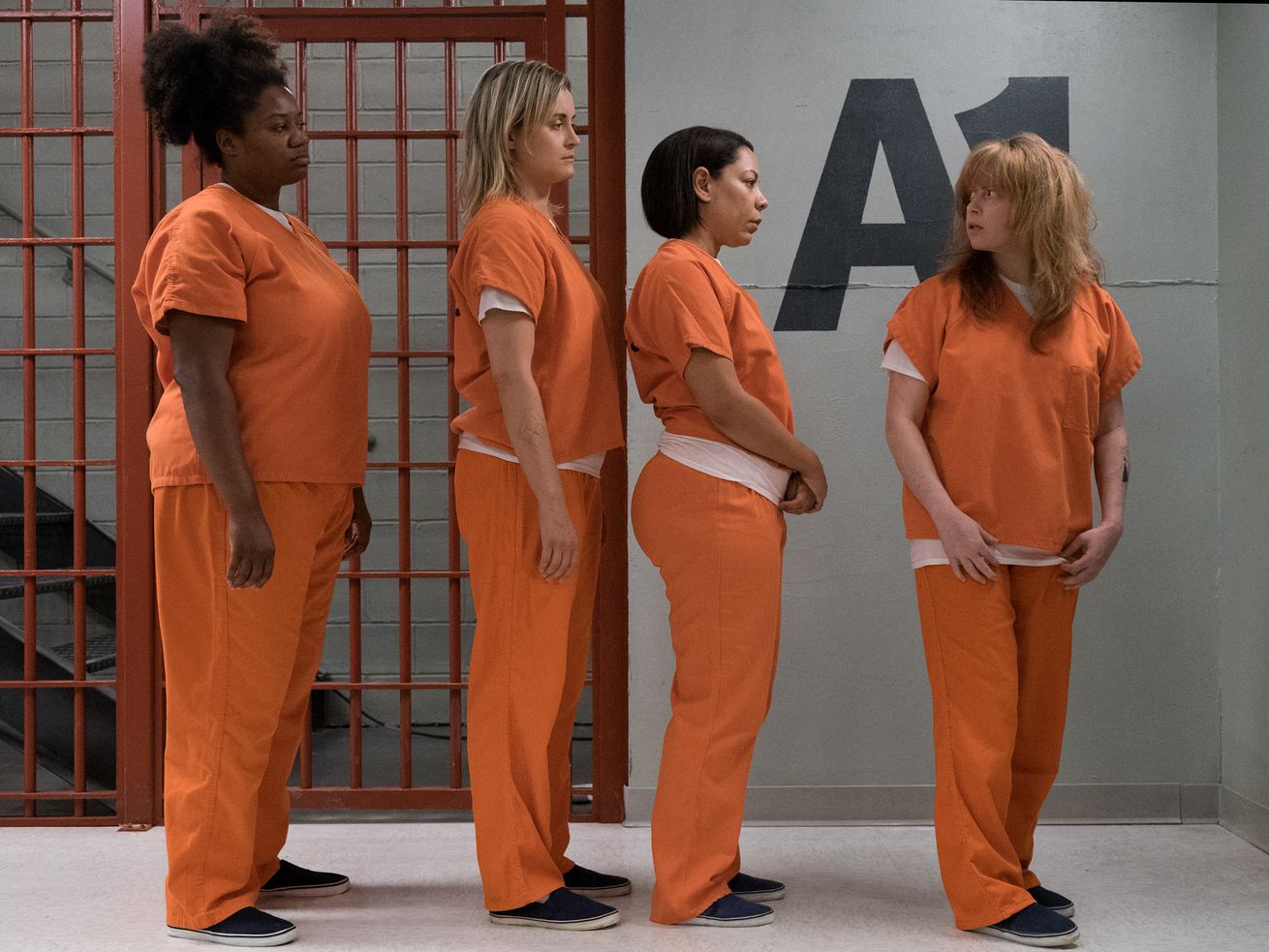 It’s got a lot of good stuff in it — but it’s also incredibly scattered.

Orange Is the New Black’s sixth season is torn between two impulses.

The first impulse feels akin to the old penultimate season problem I’ve written about before, in which a serialized show uses its next-to-last season to put characters in position for great story arcs in the final season. And because the show has already been picked up for a seventh season (to air in 2019), but nothing beyond that just yet, it would make sense to think of season six as a penultimate season.

Except there’s no real indication that season seven will be the show’s final season. Thus, season six’s second impulse is to be a soft reboot season, wherein new characters are introduced and given big, significant arcs that are clearly meant to position them as characters we will care about going forward. This will hopefully give the show enough gas in its tank to run for years to come. (Orange Is the New Black has added new characters with just about every season, but rarely with as much emphasis as in season six.)

The problem is that both penultimate seasons and soft reboot seasons tend to become slogs, as both require a lot of setup work — and that usually means there isn’t much time for payoffs or even story complications. It’s not uncommon to finish watching either type of season and feel like a show has just barely started to get somewhere.

Orange Is the New Black season six ultimately avoids this threat, but only by the skin of its teeth. But it still gets trapped between those twin impulses, never sure which direction it should skew toward, to the degree that with just a couple of episodes left in the season, I was worried it wasn’t going anywhere. Season six isn’t as messy as the show’s fifth season — which took place over just three days and chronicled a prison riot — but it’s also nowhere near as ambitious. It’s just good enough to make me interested in watching season seven, but not good enough to make me want to see anything beyond that.

The most welcome thing about season six is the way that it extensively pares down Orange Is the New Black’s large cast.

Season five ended with the riot being stopped with force, and the show’s characters being split up and transferred to several other prisons. Now, a handful of the characters reside just down the hill from their former home of Litchfield Penitentiary, at Litchfield Maximum Security Prison, while lots and lots and lots of other characters have simply been written out of the show, mostly off to a prison in Ohio.

We get a brief glimpse of said prison early in the season, and we see a fan favorite character there, and it’s the only time she appears all season. So in some ways, Orange Is the New Black season six seems to be aiming for ruthless economy, scaling back to just the core cast in a push toward whatever the end of the entire series might be.

But at the same time, the location shift to the maximum security prison means adding a bunch of new characters, who range from the intriguing (two older sisters who nurse grudges against each other and seemingly everybody else) to the completely baffling (a woman with a truly overcooked Boston accent who serves as a new rival for Piper Chapman).

And because Orange Is the New Black always tries to find the humanity in every single character onscreen, the show’s story keeps expanding and expanding, until it’s tracking more than a dozen fairly important storylines.

This leaves the series trapped between its increasingly ungainly history — the major death that marked the end of season four happened only a few days ago when season six opens, even if the characters seem to live in an eternal present with contemporary pop culture and political references — and wherever it’s trying to go next. Even with lots of characters leaving the story, there are probably still far too many, and all of them need to have a storyline or two or three.

Now, there’s no show as good at doing tracking dozens of storylines as Orange Is the New Black, and season six comes through with a finale that sees all of its storylines colliding in a way that feels a little breathtaking. But at a certain point, this inclination to give every character their due shortchanges those who the audience is naturally more invested in.

The story of Taystee (Danielle Brooks), for instance, is easily the season’s most compelling — she ends up on trial for some pretty terrible crimes connected to the riot, and both the audience and certain characters know, conclusively, that she is not guilty of them — but also too often filtered through characters in her orbit. This is especially noticeable with regard to Caputo (Nick Sandow), the former warden of Litchfield, who tries to turn himself into a Columbo and prove that Taystee didn’t do it.

It’s not a bad way to keep Caputo involved, but it also has the unfortunate side effect of turning Taystee into a supporting player in her own story. And when the ACLU and the Black Lives Matter movement both invest heavily in trying to help Taystee beat the charges leveled against her, it feels as if far too much of their involvement happens offscreen. It might be interesting to watch how Taystee handles being turned into a cause celebré, but Orange Is the New Black keeps getting distracted by other things.

The entire Taystee storyline also serves to bolster the show’s central argument, which has always been that even in prison, there’s a form of white privilege that protects prisoners like Piper (the still marvelous Taylor Schilling) while dooming prisoners of color. And when the finale unleashes a series of gut punches in this regard, in which some of the white prisoners achieve a kind of tiny victory while some other prisoners of color see their lives devastated even further, it’s certainly thematically appropriate.

But it also feels ever more like the series exploits the pain of its characters of color to try to give itself moral gravitas — even though it already has moral gravitas, thanks to its portrayal of how broken the prison system is, and how inherent that portrayal is to the series.

When Orange Is the New Black skews what happens to its characters so dramatically by race, it’s not hard to question whether doing so is the only way the show knows to telegraph a sense of social and political seriousness.

With that said, Orange Is the New Black, even when it’s at its worst, remains one of TV’s most watchable shows. The acting is terrific, the writing is structured so beautifully that shorter and longer-term arcs are balanced against each other in addictive ways, and the direction makes great use of staging and blocking to tell stories visually, in such a way that you’d understand what was going on even if all the sparkling dialogue was eliminated.

So it’s hard not to like Orange Is the New Black season six, even as it’s hard not to hope that season seven will be the show’s last. There’s still just enough life left in this story to be confident that it will pull itself to a rousing close. But if it were to keep going into season eight and beyond, even as the characters the audience first fell in love with slowly cycled out, it’s easy to see how the show’s tendency to just keep expanding could lead to an attempt to encompass each and every little corner of its universe, until every single scene might seem to take place on a different show.

Good storytelling requires empathy, of course, but it also requires concision. Orange Is the New Black season six boasts so, so much of the former, but far too little of the latter, and that leaves it caught in between two versions of itself, to its detriment.

Orange Is the New Black’s first six seasons are streaming on Netflix. Season seven will arrive in 2019.

Travel has never been “authentic”
Dave Chappelle’s SNL monologue was shrewd and political — but more chill than expected
The evidence for using hydroxychloroquine to treat Covid-19 is flimsy
After a wild 8 years, Facebook’s former VP of communications is switching to venture capital investm...
Rep. Katie Porter quizzed the postmaster general about the mail. He didn’t do great.
Who will get the Covid-19 vaccine first? A CDC advisory panel just weighed in.