Pennsylvania is shaping up to be a decisive 2020 state. Follow the live results. 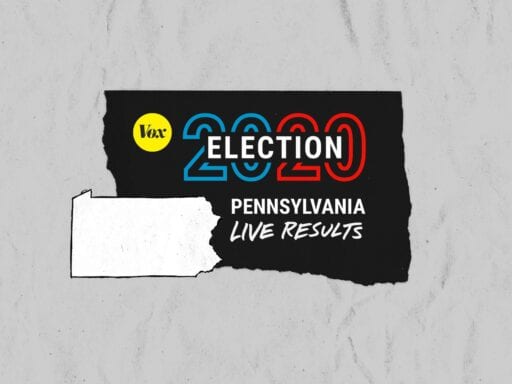 For months, political pundits have said the 2020 presidential election would probably come down to Pennsylvania. Late on election night, it became clear they were right — but nobody is sure yet how the state is going to go, with many votes left to be counted.

With Donald Trump leading in the Sun Belt swing states of Florida, Georgia, and Texas, Pennsylvania’s importance became more and more evident over the course of the night. The state awards 20 votes in the Electoral College. Trump won it by less than 50,000 votes against Hillary Clinton in 2016.

The Electoral College math for Joe Biden has always been simple: If he could flip Pennsylvania, Michigan, and Wisconsin, and every other state voted the same way it did in 2016, he would win the presidency. After Democratic optimism about the Sun Belt failed to materialize, Pennsylvania is once again central to Biden’s White House aspirations.

However, it must be emphasized: The vote count in Pennsylvania could take several days. Already, reports out of the state indicate that Democratic strongholds such as Philadelphia will not be done counting their votes until Wednesday at the earliest. As of midnight, there were more than 2 million mail-in ballots left to be counted, which are expected to tilt to the Democrats.

Pennsylvania is also the most likely battleground for legal challenges to the vote, with Republicans signaling on election night that they would sue to stop votes from being counted.

HARRISBURG, Pa. (@AP) _ In a lawsuit filed Tuesday night in a statewide appellate court, Republican US Rep. Mike Kelly of Pennsylvania and five other plaintiffs want to block counties from allowing voters whose mail-in ballots were disqualified to vote by provisional ballot.

Political observers have been preaching patience in watching the election results in Pennsylvania. With the presidential election coming down to a handful of states, that advice looks prescient now. Check back here for the latest updates.

Beyond family separation: Trump’s ongoing war on asylum, explained
Trump has been the biggest source of Covid-19 misinformation, study finds
Stacey Abrams’s new essay on identity politics reveals why she’s a rising star
On the rebellious joy of a long, long movie dance scene
The NFL has a message for players who knelt: “We were wrong”
5 key moments from Donald Trump’s rambling 60 Minutes interview