Photos: What the youth climate strike looks like around the world 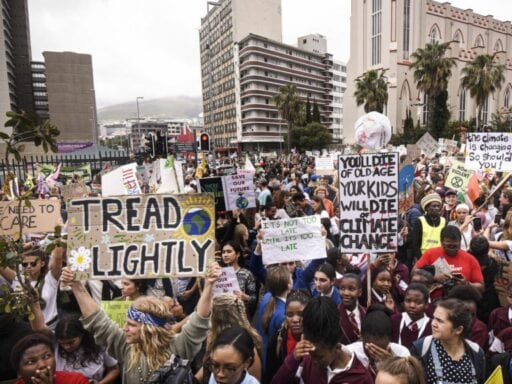 These images of youth climate activists on strike around the world are simply inspiring.

Friday may be remembered as the largest global demonstration ever in the fight against climate change. Inspired by Swedish climate activist Greta Thunberg, young people around the world have organized to skip school and protest in the street over the climate crisis and the adults who aren’t doing enough to transition off fossil fuels.

Thunberg and her group Fridays for Future aren’t alone: they’ll be joined by adult climate activists, indigenous groups, workers from companies like Amazon and Google, and really anyone who feels like the world is overdue for dramatic action on climate change.

They event is truly global: There are 2,500 events scheduled in over 150 countries.

Let’s take a look at what’s happening around the globe:

Vox Sentences: The end of the road for Theresa May
Marie Yovanovitch’s opening statement is an indictment of the State Department under Trump
Alpha takes a conventional boy-and-his-dog tale and does something wholly unexpected with it
Experts say Covid-19 cases are likely about to surge
Silicon Valley billionaires keep getting richer no matter how much money they give away
We now know what Trump was trying to hide by holding back his tax returns