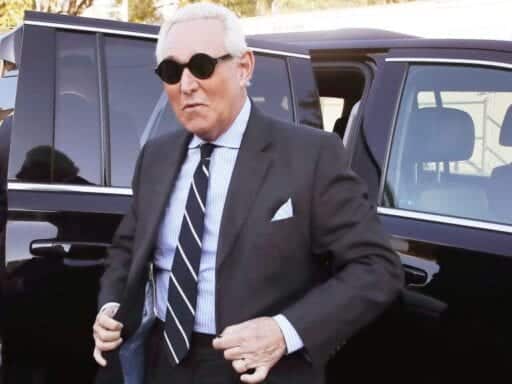 Roger Stone’s trial kicked off in earnest Wednesday with a fiery opening statement from prosecutor Aaron Zelinsky, and the statement was peppered with references to Donald Trump.

Stone advised Trump on politics on and off for about three decades, and after a brief stint on Trump’s official presidential campaign in 2015, he began supporting Trump from the outside instead.

Stone was indicted by special counsel Robert Mueller on seven total counts of obstruction, false statements, and witness tampering related to his alleged attempts to mislead the House Intelligence Committee about his communications involving WikiLeaks and hacked Democratic emails in 2016. Mueller has since left his post, and the prosecution is being handled by the US attorney’s office for Washington, DC. Stone has pleaded not guilty.

Zelinsky confirmed that former White House chief strategist Steve Bannon — who was the Trump campaign’s CEO — will be called to testify at the trial. “You’re gonna hear from Steve Bannon,” the prosecutor told the jury.

He also revealed new evidence that was not previously known, related to Stone’s contacts with the Trump campaign. Specifically, he said:

Zelinsky admitted that he does not know what Trump and Stone discussed on the phone. Still, the calls were not previously known — and they reveal that Stone was still in touch with Trump personally around the time Stone professed to have knowledge of WikiLeaks’s plans to release emails damaging to the Clinton campaign.

Much of this information is likely in the Mueller report, but redacted, to avoid prejudicing Stone’s trial. Now, we’re finally learning what’s under some of those black bars.

The defense will give an opening statement Wednesday afternoon. Read my fuller explainer on Stone’s trial for more.