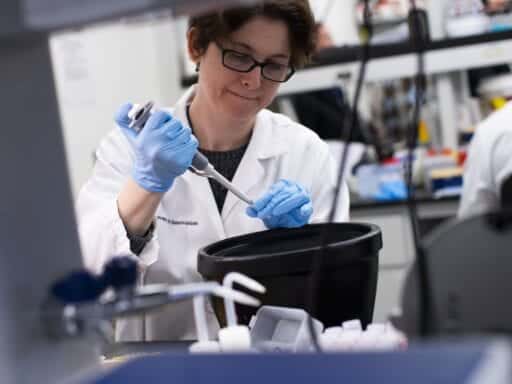 A man in his 40s has positive for the virus at the state laboratories of the Rhode Island Department of Health.

A Rhode Island man returning from Europe is that state’s likely first novel coronavirus case, state officials said Sunday. The news comes as Washington state announced two new cases of Covid-19, the disease caused by the novel coronavirus, and the Trump administration says visitors from high-risk areas will be screened before and after arriving in the US.

On Sunday, the Wall Street Journal reported that there is a likely infection in Rhode Island, and Washington announced two new confirmed infections, which would bring that state’s total number of cases to eight.

The Rhode Island patient is reportedly a man in his 40s who traveled to Europe last month. The newest patients in Washington are both men in their 60s; both are reportedly in critical condition.

The Rhode Island patient reportedly stopped in Italy, which has more than 1,100 confirmed cases of Covid-19. He tested positive for the virus at the state laboratories of the Rhode Island Department of Health (RIDOH), according to local reports.

He is affiliated with Saint Raphael Academy, a private Catholic school in Pawtucket, Rhode Island, according to a statement put out by that school. The statement appears to suggest that the infected person was participating in a field trip to Europe alongside other faculty members and students at the school.

That school will cancel classes for the next two days, the statement reads, “out of an abundance of caution.”

The governor of Rhode Island, Gina Raimondo, encouraged caution, but said there is not yet cause for alarm.

“The risk here in Rhode Island, at this point, is low and we have been preparing for this for weeks,” said Raimondo. “So the message is, ‘Be careful and be vigilant, but don’t panic.’”

State officials said that they are attempting to reach about 40 people who interacted with the patient, and will test those who exhibit symptoms, and reiterated that the case is not case for panic.

While the number of Covid-19 cases is above 87,000 globally, the majority of those cases are in mainland China, South Korea, Iran, and Italy. China, for instance, has 79,862 confirmed cases as of Sunday evening.

By comparison, the US caseload is fairly small: as of Saturday, the Centers for Disease Control and Prevention said there were 22 confirmed and presumed positive cases in the US, not counting cases in which people were repatriated. The cases in Rhode Island and Washington would increase that number by three.

The new cases — as well as the first US coronavirus-related death, which occurred Friday night — have lead American public health officials to call for serious preparations to be made to limit the virus’ spread, and the Trump administration has begun responding to these requests with new travel protocols.

How the Trump administration is responding

President Donald Trump said on Twitter on Sunday that people traveling to the US from affected areas will be screened both before boarding their planes and after arriving stateside.

Coronavirus: In addition to screening travelers “prior to boarding” from certain designated high risk countries, or areas within those countries, they will also be screened when they arrive in America. Thank you! @VP @SecAzar @CDCgov @CDCDirector

That news came after the administration announced on Saturday that it would respond to the growing threat by expanding its existing travel ban on Iran and issuing “do not travel” warnings to affected areas in Italy and South Korea.

Vice President Mike Pence, the newly-appointed head of the government’s response to the virus, said Saturday that foreign nationals who have traveled to Iran in the last two weeks will be barred from entering the United States.

Trump has also said that his administration is “strongly” considering closing the southern border with Mexico as a result of the virus. He did not specify how this would help limit the spread of the novel virus; Mexico, unlike Iran, does not have many Covid-19 cases — currently, it has only four.

The president has made a number of public statements about the virus in recent days, holding a press conference Saturday to try to allay concerns. And at a rally on Friday night, he called criticism of his coronavirus response — critics have said the administration’s response has been disorganized and that not enough money have been allocated to fight the virus — as a Democratic “hoax,” pointing out that no Americans had yet died of the disease.

Hours later, after an American did die, Trump was asked at a press conference if he regretted linking the virus to the word hoax.

“No no no,” Trump responded. “‘Hoax’ referring to the action [Democrats] take to try and pin this on somebody, because we’ve done such a good job. The hoax is on them.”

The new cases are a reminder the job is not yet done. Scientists are still working to understand the virus, and are still working on a vaccine as well. In the meantime, public health officials have said normal precautions — washing hands, avoiding exposure to sick people, and frequently wiping down surfaces — are the most effective ways to minimize risk of exposure.

They hate Trump for a living. They might miss him, too.
Why Route 66 became America’s most famous road
Tulsi Gabbard asked Twitter’s Jack Dorsey to hold a fundraiser for her. He said no.
Trump’s free speech executive order isn’t about free speech
How the Covid-19 pandemic will leave its mark on US health care
States rise up in resistance to Trump immigration policy of separating families