Russia is a threat to American democracy, with or without collusion 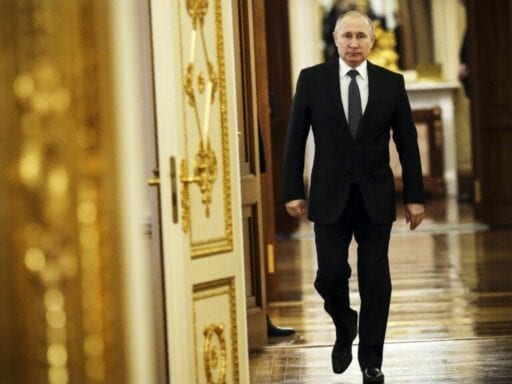 Donald Trump’s campaign didn’t collude with Russia to win the 2016 presidential election, according to the attorney general’s summary of special counsel Robert Mueller’s report, and it doesn’t seem like Trump obstructed the investigation into whether or not it did.

That’s leading the pro-Trump crowd, like former New Jersey Gov. Chris Christie, to try to stifle any further conversation about matters connected to the probe. “This is a complete home run for the president,” he said on ABC News on Sunday. “There should be no more talk of Russia.”

But there’s a pretty major problem with that line of reasoning: Even without evidence of collusion, Russia remains a major threat to American democracy.

We know this for two reasons. First, some US intelligence agencies and even Mueller’s report, per Attorney General William Barr, said that Russia clearly interfered in the 2016 presidential election. Top US officials have said the Kremlin also tried to influence the 2018 midterm vote, and there’s a good chance Russia is gearing up to mess with the 2020 presidential election.

Second, we’ve seen Russia clearly make headway with Trump’s campaign, even if Trump and some of those around him rebuffed its efforts. Among other things, Russia got meetings with top Trump advisers, had some of them speak on their propaganda outlets, and had others close to the Kremlin potentially receive sensitive campaign data.

Russia could conceivably have even more luck making inroads with a future US presidential candidate or campaign. Which means it remains a massive problem for the United States — and it shouldn’t take a collusion charge to see it that way.

“The Russian government still remains a threat to the United States, to our democracy, and is determined to weaken us,” Evelyn Farkas, a former top Pentagon official working on Russia, told me.

Russia is still a threat to American elections

In January 2017, the FBI, CIA, and NSA clearly assessed that Russia did interfere in the 2016 presidential election — and that the order came from the top. Here’s part of that conclusion:

We assess Russian President Vladimir Putin ordered an influence campaign in 2016 aimed at the US presidential election. Russia’s goals were to undermine public faith in the US democratic process, denigrate Secretary Clinton, and harm her electability and potential presidency. We further assess Putin and the Russian Government developed a clear preference for President-elect Trump.

As an example, Russia targeted the election systems of at least 21 states, although it doesn’t look like they managed to change any results.

In July 2018, Mueller indicted 12 Russian intelligence officers, charging them with hacking the computer networks of members of Hillary Clinton’s campaign, the Democratic National Committee, and the Democratic Congressional Campaign Committee. Working under the names “DCLeaks” and “Guccifer 2.0,” they allegedly coordinated to release damaging information to sway the election.

However, it’s unclear if their efforts had any effect on the 2016 election’s outcome. But what is clear is that Moscow continues to attack America’s elections process.

On July 13, 2018, Director of National Intelligence Dan Coats told a Washington audience that when it came to Russian cyberattacks on future elections, “the warning lights are blinking red,” adding that “the digital infrastructure that serves this country is literally under attack.” He also noted that other countries, like Iran, North Korea, and China, had planned attacks on the US, too.

Then on November 5, 2018, Coats and other top US intelligence officials said they saw no evidence that the 2018 midterm elections had been hacked — but that Russia still tried to influence it.

“They can do this by spreading false information about political processes and candidates, lying about their own interference activities, disseminating propaganda on social media, and through other tactics,” the statement read. The day before, the Boston Globe reported that the federal government logged more than 160 instances of suspected interference since August 1, and that the number jumped to about 10 instances a day in the few weeks before the midterms.

Later, on January 29, 2019, Coats told members of the Senate Intelligence Committee that Russia and the same other three nations would try to interfere in the next presidential race.

“We assess that foreign actors will view the 2020 US elections as an opportunity to advance their interests,” he said. “We expect them to refine their capabilities and add new tactics as they learn from each other’s experiences and efforts.”

In other words, Russia doesn’t need to collude with the Trump campaign or anyone else to be a threat to American elections — it just needs the elections themselves to take place.

There was still a lot of Trump campaign contact with Russia

Per Barr, Mueller found no collusion between the Trump campaign and Russia — a finding that has made Trump very happy.

That may be true, but let’s not forget that Russia still got a staggering amount of access to the Trump campaign — even without collusion. Here’s just a taste.

First, Russia stole emails from Democrats and disseminated them strategically through WikiLeaks at critical moments during the 2016 campaign. Trump and his campaign, at the time, believed these emails were a big deal and cited them frequently. “WikiLeaks, I love WikiLeaks,” Trump said on several occasions on the campaign trail. He even explicitly called on the Russian government to hack and release Hillary Clinton’s emails.

Second, there were extensive communications between people in Trump’s orbit and Russian government figures and others who had, or purported to have, close ties to Russian President Vladimir Putin.

Some of this communication — including former Trump lawyer and fixer Michael Cohen’s January 2016 email to a top Putin aide and Ivanka Trump’s October 2015 exchange with a Russian Olympic weightlifter — was ostensibly about efforts to construct a Trump-branded building in Moscow. We now know that efforts by people in and connected to the Trump Organization to make that project happen continued well into Trump’s presidential campaign.

But some of the communications, including the various escapades of former Trump campaign advisers George Papadopoulos and Carter Page, involved relatively peripheral players who didn’t have strong pre-campaign ties to Trump or play significant post-campaign roles in the administration.

That might have served as a step toward creating back-channel communications between Russia and the Trump campaign. Plus, Butina’s question to Trump during a 2015 conference prompted him for the first time to mention he might consider removing sanctions on Russia (though we should note that as president, he’s actually added sanctions on Russia).

And finally, Donald Trump Jr., along with Trump’s son-in-law Jared Kushner and his campaign chair Paul Manafort, attended the now-infamous Trump Tower meeting with a Russian lawyer — a meeting those Trump associates were explicitly told was part of the Russian government’s effort to support Trump’s candidacy.

There’s more, but you get the idea.

The point, then, is not that Trump and Russia apparently didn’t collude — but that Moscow found a way to get uncomfortably close to a major US presidential campaign.

And since Russia continues to interfere in America’s elections, who’s to say it won’t get even closer in the future?

Al Gross is hoping to ride Alaska’s independent streak to the Senate
The most dangerous conspiracy theory in 2020 isn’t about blood-sucking pedophiles
If anti-Bernie Democrats were serious, they’d unite around Joe Biden right now
The surprising altruism of babies
The Supreme Court considers a $12 billion plan to sabotage Obamacare
Hollywood almost lost to this city