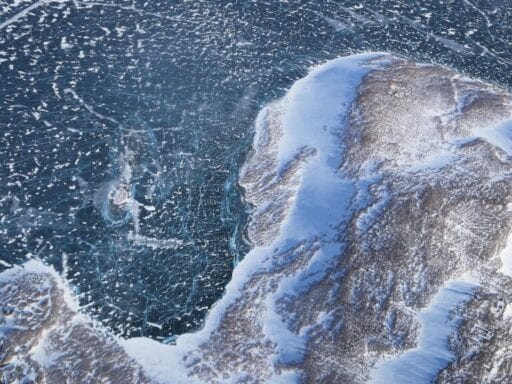 A new UN report warns changes to the oceans this century will be “unprecedented.”

Without the world’s oceans, climate change would actually be much worse. The oceans directly absorb about a quarter of the CO2 we have been spewing into the atmosphere. They also take in most of the heat generated by global warming. And they have been a buffer against even greater warming. But though they protect us, the oceans also are in great distress, as a sweeping new report from the UN’s Intergovernmental Panel on Climate Change clearly shows.

“The ocean has been acting like a sponge, absorbing heat and carbon dioxide to regulate global temperatures, but it can’t keep up,” IPCC vice chair Ko Barrett said at a press conference. “The world’s oceans and cryosphere have been taking the heat of climate change for decades. The consequences for nature and humanity are sweeping and severe.”

On Wednesday, the IPCC, convened by the UN to assess climate science, released a summary of the report on the oceans and frozen regions of the world, or cryosphere, for policymakers after more than 100 scientists reviewed thousands of scientific papers. The findings are immense and comprehensive, and seeing them all in one place is sobering.

In all, “over the 21st century, the ocean is projected to transition to unprecedented conditions,” the report warns. The ocean will be warmer, more acidic, hold less oxygen, be more greatly stratified (i.e. the top and bottom layers won’t mix as much). Ocean heat waves are growing more common, and it’s likely extreme El Niño and La Niña systems will form, leading to more extreme weather around the globe.

The summary report demonstrates how the fate of the frozen areas, and our oceans, are interconnected. The land ice — from Greenland, Antarctica, and glaciers — are increasingly flowing into the ocean, causing it to rise. The Arctic Ocean — a vast sea that’s less and less reliably frozen every year — is one of the fastest-changing places on the planet.

This report on the oceans and frozen areas (which includes high altitude mountains) are just another reason why more dramatic action is needed on climate change. Some of the most dramatic changes on Earth are happening in these regions. Here’s what the IPCC wants you to know.

Sea ice, too, is declining. Just this week, the National Snow and Ice Data Center reported the Arctic sea ice shrinkage came close to a record this summer. Sea ice doesn’t directly contribute to sea level rise (when ice is in water it displaces the same amount of water as its equivalent in melted form). But melting it does expose more water, which absorbs more heat, which increases the chances of melting land ice, which does contribute to sea level rise.

The new IPCC report finds that “between 1979 and 2018, Arctic sea ice extent has very likely decreased for all months of the year.” Additionally, every year, the amount of ice older than five years (which is thicker and more stable) decreases in proportion to young ice. It’s a sign the whole region is unstable.

It’s not just ice at the poles: Snow cover and glaciers are disappearing from many mountain regions, jeopardizing a water source millions depend on.

A lot of these changes — both in the cryosphere and in the oceans — the report warns, will not be reversed if global emissions are halted. Some of the damage is already done. But all of the consequences will be much worse if we do not reduce emissions.

Take the permafrost — permanently frozen soil near the poles — which is melting in many regions. The report finds “permafrost temperatures have increased to record high levels.” Contained in that permafrost is between 1460 and 1600 gigatons of carbon, which is “almost twice the carbon in the atmosphere.” How much of that carbon gets released into our atmosphere depends on how much more warming takes place.

Oceans are rising. Their chemistry is changing too.

The seas are growing both higher and warmer. Heatwaves — which we usually think of as happening just on land — are becoming much more common in the ocean, killing kelp forests, and bleaching coral. Kelp forests and corals are home to many many other species of marine life. And so killing these organisms has sweeping consequences.

And as the ocean warms, it warms unevenly. The surface of the ocean becomes hotter than its depths, making the surface much less dense than the deep ocean. That leads to an increasing problem called stratification. The shallow water and the deeper water aren’t mixing as much. Nutrients in the deep don’t get back up to the surface as easily, and oxygen at the surface doesn’t get stored in deeper waters. It’s a situation that makes it harder for sea life to thrive in the oceans.

In addition, as the ocean loses oxygen, it’s becoming more acidic as it absorbs more C02. Acidic oceans are more hostile to corals, and shellfish, as it decreases the concentration of carbonate, a key ingredient to building shells.

“A decrease in global biomass of marine animal communities, their production, and fisheries catch potential, and a shift in species composition are projected over the 21st century,” the summary report warns, with the greatest losses found in the tropical regions of the globe.

In all, we’re looking at a future with less life in the oceans, and less ice at the poles. And that has huge impacts on the human communities who depend on ocean life to sustain their own.

Also, as oceans warm, so do their ability to fuel strong tropical cyclones, and keep those cyclones spinning further and further from the equator.

The science is clearer than ever. The world’s response is still too slow.

The report also tries to underscore how many people’s lives could be directly affected by changes in the oceans, and the cryosphere. It’s a huge portion of the world’s population. Around 680 million people live in low-lying coastal areas, which are most at risk for sea level rise. Around 65 million live on small, developing islands — which are at risk for sea level rise. Another 670 million live in the high mountain regions that are seeing snow and ice disappear as well, and with it, a key source of drinking water

Around 4 million, including many indigenous people, live in the Arctic. With climate change, there’s always the fear that it’s the rich who will be able to prepare, and the poor and disadvantaged who will lose the most.

Frustratingly, this same week, the UN convened the Climate Action Summit, where the nations of the world were asked to bring more ambitious plans to reduce emissions. But the summit was in some ways a disappointment, because “the largest greenhouse gas emitters in the world — China, the United States, and India — offered either nothing or very little about their commitments to curb emissions,” Vox’s Umair Irfan, who was at the summit, reported.

The science has never been clearer. The world is dramatically changing, and we still have time to mitigate the changes. But we’re not rising to the challenge.

Mike Pompeo’s RNC speech will place him as the most partisan secretary of state in decades
California’s largest wildfire on record is now a million-acre “gigafire”
Request Pending: Inside the Members-Only World of Online Beer Trading
Songs to wash your hands by: Memes are an unexpected ally in the fight against coronavirus
Bernie Sanders got more young voters in New Hampshire than everyone else combined
White House counsel Don McGahn is worried Trump’s setting him up on obstruction — so he’s talking a ...