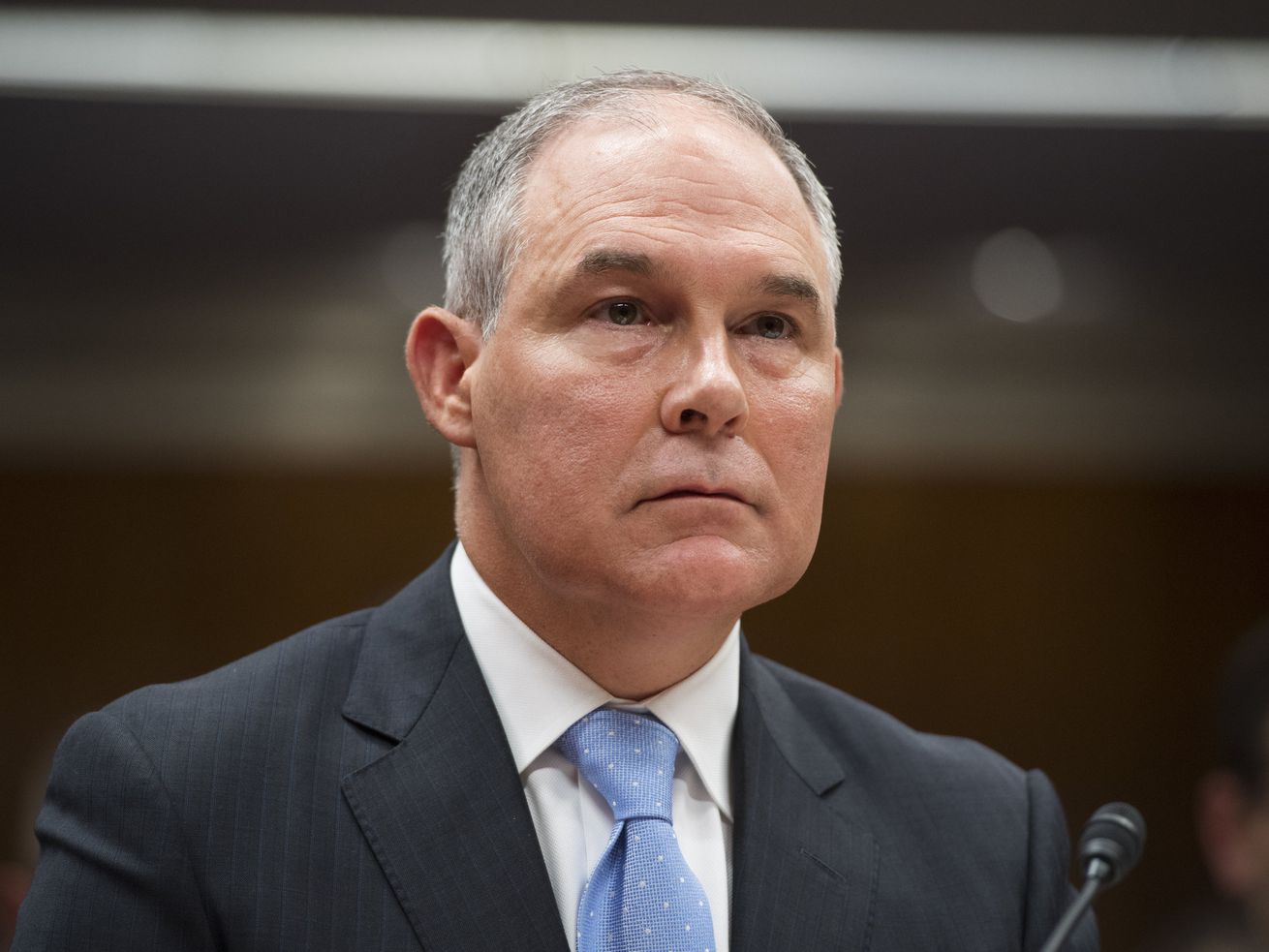 The resignation came in an especially damning week of revelations about his improprieties.

Scott Pruitt, administrator of the US Environmental Protection Agency, has resigned after his alleged ethical breaches and violations of the law became too much to bear.

The highest ranking environmental official in the Trump administration submitted his resignation Thursday afternoon and President Trump said that Pruitt’s deputy, former coal lobbyist Andrew Wheeler, will take over the agency on Monday.

The resignation came in an especially brutal week of revelations about his improprieties:

We found out that Pruitt asked aides to book hotels for him on their own personal credit cards and didn’t reimburse the expense in at least one instance. The Washington Post also reported that Pruitt pressured aides to find a job for his wife with a salary of at least $200,000.

EPA whistleblower Kevin Chmielewski, a former deputy chief of staff, told CNN that Pruitt borrowed the mafia tactic of keeping two sets of books. The administrator deleted controversial meetings and appointments from his public calendar that were listed in the agency’s internal calendar.

“We had at one point three different schedules. One of them was one that no one else saw except three or four of us,” Chmielewski told CNN. “It was a secret … and they would decide what to nix from the public calendar.”

Reports also emerged this week that Pruitt also threw Attorney General Jeff Sessions under the bus, telling Trump to fire Sessions and hire Pruitt for the post instead. Politico reported that Pruitt hired a former political fundraiser, Elizabeth Beacham White, to oversee public record requests. According to environmental activists, she has helped slow-walk the release of incriminating documents.

Pruitt was then confronted by a Washington, DC schoolteacher who told him to resign while having lunch with his chief of staff Ryan Jackson:

This is all in additional to his long, long (long) list of other scandals — the $43,000 phone booth, the $4.6 million security detail, the $50-a-night condo rented from a lobbyist — that have triggered more than a dozen federal audits, inquires, and investigations.

In the Senate, Republicans also grew frustrated. Sen. Joni Ernst (R-IA) said Pruitt was “about as swampy as you get.” Even Pruitt’s fellow Oklahoman, Sen. James Inhofe, told Laura Ingraham that “I think something needs to happen to change that, and one of those alternatives is for him to leave that job.”

But Pruitt’s fate ultimately fell to the president, who long supported Pruitt and praised his persistent and consistent efforts in rolling back environmental regulations. Pruitt also positioned himself as one of Trump’s closest confidants, but his announcement on Thursday showed that it may not have been enough.

Environmental defenders in Colombia are being killed in alarming numbers
China’s commitment to become carbon neutral by 2060, explained
Joe Biden wins Idaho primary, beating Bernie Sanders in a state he won in 2016
“This was a meeting to get information on an opponent”: Trump changes his story on Russia meeting
How Trump intensified the GOP’s war on reality
A rural New York county has adopted one of the most progressive trans prison policies in the US