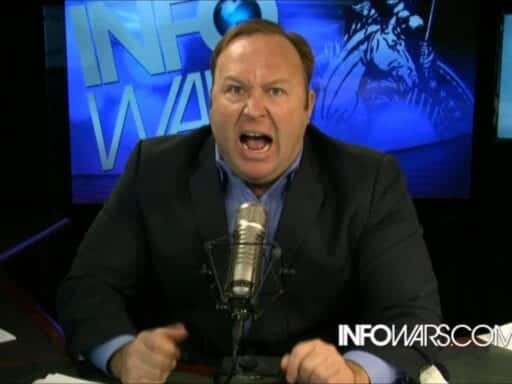 Alex Jones said Democrats would start the next Civil War on July Fourth, and Twitter did what Twitter does best.

On July Fourth, Twitter lit up with 19th-century style letters beginning with salutations like these after a conspiracy theorist’s outlandish prediction of a second American Civil War became fodder for jokes across the political spectrum.

#SecondCivilWar began trending after radio host and Infowars founder Alex Jones proposed an outlandish conspiracy theory — that Democrats were planning to begin a “second Civil War” on the Fourth of July.

You may have noticed that a second Civil War is not currently raging. But Twitter users did what they do best and turned it into a meme.

Gearing up for celebrations during his July 1 broadcast, Alex Jones told radio-listeners that Democrats were gearing up for a second Civil War on July Fourth. Jones tweeted “BREAKING: Democrats Plan To Launch Civil War On July 4th” while broadcasting live.

Jones, who has previously said that 9/11 was an inside job, Obama was “the global head of al-Qaeda” and that the shooting at Sandy Hook was staged. On Sunday, July 1, he elaborated on his eponymous show that Democrats were teaming up with George Soros, a billionaire philanthropist and liberal donor who is hated by the far-right, and anti-fascist protesters to declare war on the right.

“Elite publications,” Jones said, were calling for a “civil emergency” and encouraging the public to rise up using “racial strife” to take down President Trump. Their time to attack would be the American Independence Day.

“This is it,” Jones told the 820,000 viewers that tuned into the broadcast. “The globalists see July Fourth as their new D-Day against us, and a lot of stuff is going to start then.”

A meme is born

Jones’s theories often have far-reaching consequences —“pizzagate,” a claim that a child-sex ring is operating out of a DC pizza shop — led to a gunman visiting the restaurant with an assault rifle and firing at least one shot. Luckily no one was injured.

But #SecondCIvilWar became fodder for something more lighthearted on Twitter, where users are writing their concerns over the war’s outcome and updates from the virtual-battlefield under #SecondCivilWar.

Am I the only one who assumes the first shot will be fired at the Battle of Bowling Green? #SecondCivilWar

“Am I the only one who assumes the first shot will be fired at the Battle of Bowling Green?” television writer Bryan Behar joked. Behar was referencing the fake “Bowling Green massacre” made-up by Trump’s notorious adviser, Kellyanne Conway.

We’ve taken Hobby Lobby but none of us knows what to do with it. #SecondCivilWar

“We’ve taken Hobby Lobby,” one user tweeted. “but none of us knows what to do with it.”

A shocking and graphic photo of damage from the #SecondCivilWar pic.twitter.com/pa7zIUkc6y

I fear if we don’t win this, the future of the word “you’re” is at stake. #SecondCivilWar

Andy Lassner, executive producer of The Ellen Show, feared “if we don’t win this, the future of the word “you’re” is at stake.”

The ability of the MSM to hide the carnage and destruction of the #SecondCivilWar has been greater than anyone could have predicted.

Both liberal and conservative commentators joined in: LA Times columnist Jonah Goldberg tweeted that the mainstream media was hiding “the carnage and destruction” in a way “greater than anyone could have predicted.”

Users also wrote up some chuckle-worthy letters from the battlefield accompanied by #SecondCivilWarLetters, inspired by the letters that served as narration for Ken Burns’s 1990 documentary The Civil War.

I apologize for my late response. I was detained fighting an army of trolls who demand civility—but mock my “PC” objection to being called sand ni**er

It seems their primitive dictionaries exempt the word hypocrisy

My brothers and sisters:

I regretfully report that I will not be able to make it to the battlefield for the #SecondCivilWar. I was drafting battle plans in a Starbucks when I was arrested for not buying anything. You must stay strong in my absence. #secondcivilwarletters

Twitter-user Louis Morgan said that he was absent from “the battlefield” because he was arrested “for not buying anything” anything in a Starbucks. “You must stay strong in my absence,” Morgan signed off.

It’s Day 2 of the #SecondCivilWar. My comrades and I have set up camp in a library. There is absolutely no chance they will find us here.

My Dearest,
Sad news from the front. Food’s sparse & troops are forced to share avocado toast. Sadly, I’ve been wounded. I drank real milk in my latte instead of soy & have been afflicted with Lactose Intolerosis. I will persevere.

Well after a long battle I think we won. We were able to capture many MAGAs in the basement of a pizzeria that doesn’t have a basement.

I will be home for dinner.

“Well after a long battle I think we won,” said comedian Tony Posnanski, who managed to combine two Jones conspiracy theories into a single tweet: “We were able to capture many MAGAs in the basement of a pizzeria that doesn’t have a basement. I will be home for dinner.”

It’s been almost 24 hours since we have started the #secondcivilwar. We have built our defense along the border full of Hillary’s emails because we know they cannot get over them.

The meme’s popularity was solidified when model Chrissy Teigen, who is massively popular on the social network, made mention of the war.

Just in case you’re confused, July 4 went smoothly and Democrats did not launch a second Civil War. American politics might be polarized and divided with two sides bitterly angry at each other. But we’re far from the 21st-century equivalent of shots fired at Fort Sumter.

Consumers were slammed in the Great Recession. The CFPB’s former director warns worse could be on th...
Trump spent his holidays retweeting QAnon and Pizzagate accounts
White threat in a browning America
Trump’s attempts to corrupt the CDC, explained
Vox Sentences: A truce in the trade war
Democrats have an ambitious plan to save American labor unions