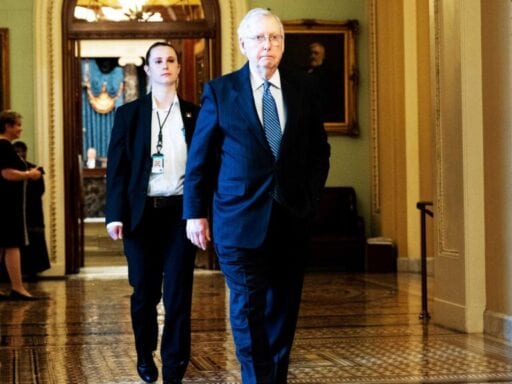 What to know today.

The US Senate and the White House have reached a deal on a $2 trillion stimulus package to help workers and businesses in the wake of the coronavirus pandemic. Senators will vote Wednesday on the bill, and from there it goes to the House. Lawmakers are working furiously to try to approve relief for Americans, as the economic and public health crisis escalates in the US.

The World Health Organization warned Tuesday that coronavirus cases in the US are accelerating rapidly. As of March 25, the US has confirmed more than 55,000 cases of Covid-19, as the number of cases worldwide reached more than 436,000. New York City is the epicenter of the crisis in the US, with more than 15,000 confirmed cases across the five boroughs. The White House is now asking anyone who has left New York City to self-quarantine for 14 days.

Elsewhere, two days after the United Kingdom issued stay-at-home orders, Prince Charles, the next-in-line to the British monarchy, has tested positive for coronavirus, though Buckingham Palace says his symptoms are mild and he “otherwise remains in good health.”

Here’s what to know today.

The Senate and the White House struck a deal on a $2 trillion stimulus package in the early morning hours Wednesday. After a few days of back-and-forth negotiations, this legislation expanded to include provisions from both Democrats and Republicans.

Vox’s Ella Nilson and Li Zhou have a very helpful guide as to what’s exactly in this stimulus bill, but here’s a quick rundown. The bill includes a $500 billion loan program for businesses, which Democrats initially objected to because it lacked oversight of how that money would be doled out to companies. Democrats successfully included independent oversight mechanisms to this, and Senate Majority Leader Chuck Schumer (D-NY) said they got a clause that “prohibit businesses controlled by the President, Vice President, Members of Congress, and heads of Executive Departments from receiving loans or investments from Treasury programs.”

The legislation will also expand unemployment insurance and provide more funding for hospitals and health care services to state and local governments on the the front lines of the crisis. Finally, there will be a one-time direct cash payment for Americans. The average is $1,200 per household, though the exact amount depends on how many kids you have and how much money you make.

The Senate is expected to vote Wednesday, and then the legislation heads to the House of Representatives. House Democrats have their own stimulus plan, so the question will be if they will just accept what the Senate offers, or try to negotiate tweaks. Either way, Congress looks close to delivering the biggest relief package in US history.

New York City is the US hot zone

New York City is at the center of the country’s coronavirus crisis. As of March 24, the city recorded more than 15,000 confirmed cases of the coronavirus spread out among Manhattan, the Bronx, Brooklyn, Queens, and Staten Island.

New York Governor Andrew Cuomo has ordered hospitals to double their capacity to try to meet the surge of patients expected now and in the coming weeks. But, like elsewhere, New York City hospitals face a shortage of medical gear and critical equipment like ventilators and respirators. The state has procured 7,000 ventilators, including 400 sent by the federal government; Cuomo says the state needs 30,000. Health care facilities are also worried if they will have enough staff to deal with the surge in patients, especially if doctors and nurses get sick. New York is asking retired physicians and nurses, doctors in other specialities, and even medical students to help meet the need.

On Tuesday, Deborah Birx, the White House’s coronavirus response coordinator, said that New York’s metro area made up 60 percent of all new coronavirus cases in the US. The White House advised anyone who has recently left New York City, or traveled through it, to self-quarantine for 14 days.

The Prince of Wales tests positive for the coronavirus

The coronavirus has now literally gotten the Crown. Prince Charles, the 71-year-old heir to the British monarchy, has tested positive for coronavirus. A spokesperson said Prince Charles had mild symptoms, but was “in good health.” His wife, Camilla, the Duchess of Cornwall, has so far tested negative.

The two are still self-isolating at their home in Scotland, which is actually Balmoral, a castle. According to the BBC, Buckingham Palace also said Queen Elizabeth last saw Prince Charles on March 12, but right now she’s in “good health.”

This one pretty much explains itself. Enjoy.

In Italy today, a priest decided to live-stream a mass due to COVID-19. Unfortunately he activated the video filters by mistake. pic.twitter.com/zu2qwAlCyT

Wildfires have ignited inside the Arctic Circle
10 Things I Hate About You is as fresh as ever, even 20 years later
The Trump administration is ramping up its investigation into Clinton’s emails
Trump loves dictators. Erdogan is the latest to take advantage of that.
Millions of Americans are about to lose emergency paid leave during the pandemic
Donald Trump’s phony war on high prescription drug prices, explained