Silicon Valley’s top investing firm has a stark message on coronavirus: Prepare for the worst 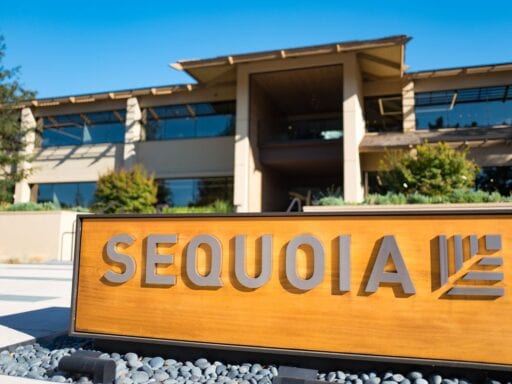 Share
Loading...
If startups will listen to anyone, they’ll listen to Sequoia, a half-century-old investing firm in Silicon Valley. | Smith Collection/Gado/Getty Images

Sequoia Capital sent a dark memo to its portfolio companies on Thursday.

One of the most prestigious brands in Silicon Valley investing is issuing a dire warning about the impact of the novel coronavirus.

In a memo packed with symbolism that harked back to an iconic notice issued just before the financial crisis, Sequoia Capital on Thursday painted a dark portrait of how the outbreak could reshape Silicon Valley. Sequoia is widely regarded as Silicon Valley’s most prestigious venture capital firm, and the memo ricocheted around social media in a way that it only would because it is, well, Sequoia.

Calling coronavirus “the black swan of 2020,” Sequoia predicted that the global economy could be dislodged by the virus, and the firm told its portfolio companies, “We suggest you question every assumption about your business.”

“Having weathered every business downturn for nearly fifty years, we’ve learned an important lesson — nobody ever regrets making fast and decisive adjustments to changing circumstances,” the firm said on Thursday in a memo sent to its portfolio companies that was later posted to Medium. “In some ways, business mirrors biology. As Darwin surmised, those who survive ‘are not the strongest or the most intelligent, but the most adaptable to change.’”

Sequoia is the latest giant of finance to urge doomsday preparations. Stocks have tumbled on Wall Street as the outbreak intensified, raising concerns about a possible recession. Investment banks like Goldman Sachs have even advised their clients that a recession could be coming.

But in the world of tech startups, it is Sequoia that will turn heads in a way that similar words from any other random venture capital would not. As the half-century-old firm behind Apple, Google, and Airbnb, there is no other brand in tech investing that is as marquee as Sequoia.

The memo issued Thursday was an explicit echo of a famous presentation prepared by Sequoia for its founders in 2008, known colloquially as “RIP Good Times,” about how to prepare for the eventual financial crisis. That presentation has become legendary in the startup world, although its wisdom remains debated to this day.

As was true before that “black swan moment,” Sequoia said, company founders cannot afford to underestimate the risk.

“We didn’t know then, just like we don’t know now, how long or how sharp or shallow of a downturn we will face,” Sequoia partner Alfred Lin — who in 2008 was an executive at Sequoia-backed Zappos — said in Thursday’s post.

Specifically, Sequoia is telling its founders to question how much cash it has before running out of money “to avoid potentially painful future consequences”; to prepare for a challenging fundraising environment, softening sales, and greater needs for customer marketing; and to consider lowering headcount and spending less.

In the world of optimism that is Silicon Valley — real or contrived — the memo stands out for its bluntness and honesty. And if the coronavirus outbreak becomes as iconic as the global financial crisis, this Medium post could be seen as precocious and equally epochal.