Some front-line workers are now eligible for the vaccine. Employers might pay them to get it. 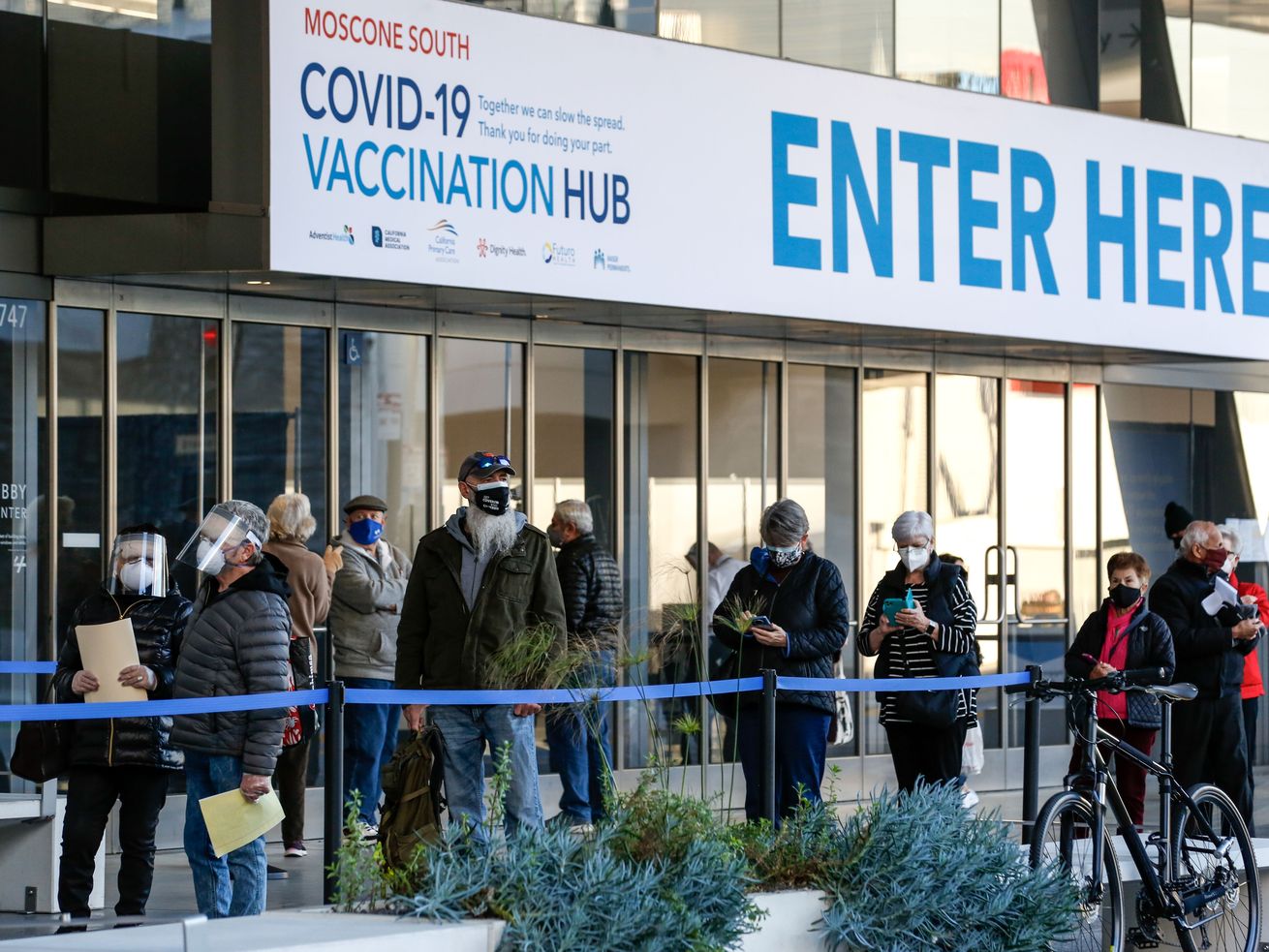 Companies are offering incentives and paying bonuses to encourage vaccination, but most have stopped short of requiring it.

In December, as the United States was poised to begin its mass Covid-19 vaccination campaign, companies and industry groups were busy lobbying federal and state officials for vaccine priority. Employers, like Amazon and Lyft, and interest groups, like the North American Meat Institute and the National Retail Federation, were making the case for their workers to be next in line. Vaccination guidelines have varied from state to state, but some have begun offering shots to general front-line workers, like retail employees and food service staff. This recent expansion has sent corporate America scrambling to announce initiatives for employee vaccination.

Under guidance from the US Equal Employment Opportunity Commission (EEOC), employers could require workers to receive a Covid-19 vaccination, unless they have a disability or hold religious beliefs that prohibit them from being inoculated. Few corporations, however, are willing to enforce such stringent requirements. In an employee town hall, United Airlines CEO Scott Kirby said he intended to make the shots mandatory for employees, but that’s the exception. Other major carriers, including American, Delta, and Southwest, have yet to commit to such a decision.

Instead, most employers are “strongly encouraging” getting vaccinated on a voluntary basis, and are working to launch programs to educate workers about the vaccine, its benefits, and its safety. Uber, for example, has rolled out features in its app that allow drivers based in states that are vaccinating transportation workers to confirm their essential worker status.

Recently, more companies are offering paid incentives: McDonald’s, Trader Joe’s, Starbucks, and Dollar General, to name a few, are providing workers with four hours of extra pay to receive their two vaccine doses. Grocery chains Lidl and Kroger are giving $200 and $100 bonuses, respectively, to vaccinated workers; Texas’s largest hospital system, which employs 26,000 people, is offering $500 “hope bonuses.” Part-time and full-time employees at Target will be given $15 in Lyft ride credit each way to and from the vaccination site, in addition to four hours of extra pay.

These corporate-driven initiatives are similar to what companies have begun to offer during election years — paying workers to vote or even to volunteer at polls. Such measures likely generate positive press for employers, but they’re also broadly beneficial in encouraging vaccinations among members of the public. Still, some major corporations, like Walmart and Amazon, have remained mum on offering incentives, although Amazon has planned to administer on-site vaccinations in certain locales.

The decentralized nature of the vaccine rollout has made it challenging to plan ahead, compared to rearranging employee schedules around a set date like Election Day. Most companies are expecting employees to schedule and receive the shots on their own time. In some cases, like McDonald’s, a corporation only has oversight over corporate employees or those at company-owned restaurants, not its franchises. That severely limits the number of workers that could receive vaccine benefits.

“It comes down to having flexible policies for people to have that time off if they need it or have a moderated workload,” Rebecca Reindel, safety and health director of the labor group AFL-CIO, told USA Today.

Employers are realizing that monetary incentives — and even vaccine scheduling assistance — can serve as good motivation. A survey by the incentive solutions company Blackhawk Network found that more than two-thirds of 1,000 adult responders would accept some form of monetary compensation to be vaccinated. However, some employment attorneys are hesitant to endorse the practice, since it could be construed as coercive or even discriminatory to those who are medically unable to take vaccines. “The law is really unsettled here. … Even when we have the best of intentions, we have to be mindful that there are other people whose rights can be stepped on,” Valdi Licul, a civil rights attorney and partner at Wigdor LLP, told Bloomberg News.

The question as to who should get vaccine priority in the first place — and whether employers should demand or incentivize it — is complicated. As Emily Stewart previously reported for Recode, Covid-19 is a significant threat to companies’ workforces, but the vaccine’s emergency use authorization could make mandating it tricky for employers: “Employers have an obligation to maintain a safe and healthy workforce, including infection mitigation procedures, but mandating a vaccine comes with special obligations in terms of liability.”

Some unions, like the United Food and Commercial Workers International Union, are calling for employers and states to not just prioritize workers in the vaccination process, but to also implement measures like hazard pay or additional paid leave. The categorization of which jobs are “essential” or worth prioritizing is especially concerning to self-employed or contracted workers, who aren’t backed by companies. The Los Angeles Times reported that health workers who are not directly employed by hospitals are pleading to be considered as a priority group in California, since they still interact with patients. Workers who are contracted by major corporations also fear being left behind in the rollout, despite working in high-risk environments.

Now that the US has purchased enough doses to vaccinate all Americans, it remains to be seen how — and if — employers will take a more active role with employee vaccine distribution.

The Dark Crystal prequel’s genocidal puppets are terrifyingly effective
The continuing disaster aid crisis in Puerto Rico, explained
How the coming fight over Ginsburg’s SCOTUS replacement could shape the Senate elections
Zadie Smith’s Intimations reads like notes for a later, better project
The state of the 2020 Democratic primary
Hawaii is facing a rare threat: a Category 5 hurricane