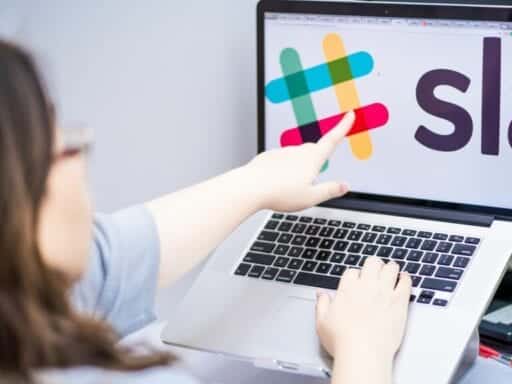 Nearly 60 percent of funded startups pay for Slack — much higher than the rate for Microsoft Teams.

Slack is still king at startups.

Nearly 60 percent of funded startups pay for Slack’s workplace communications software, according to new data from Kruze Consulting, an accounting firm that analyzed anonymized spending of its nearly 200 venture capital-funded startups. That percentage has declined slightly from last quarter but is still much higher than its competitor Microsoft’s similar software.

Just 12 percent paid for the Microsoft Office software bundle, which Kruze used as a proxy for the Teams chat software that it includes. And that 12 percent figure doesn’t necessarily mean those startups are using Teams. Indeed, of the top 10 spenders on Office, eight were also paying for Slack, according to the data. Just two startups seem to have replaced Slack with Teams.

This is good news for Slack, which has taken a hit lately as competitors — particularly Microsoft’s Teams, which comes essentially free for those who already have the ubiquitous Office Suite — have eaten into its market share.

But the situation among big enterprise companies — a stated growth area for Slack — isn’t looking good.

The share of large organizations that use or plan to use Slack next quarter has declined slightly to 33 percent while Teams has increased to 65 percent, according to preliminary surveys of company chief information officers and other leaders from market research firm ETR. So far for next quarter, ETR has measured responses from 845 of the world’s biggest organizations, including those in the Forbes Global 2,000, Forbes’ list of the 225 biggest private companies, and the US government.

ETR data also showed that 13 percent of large companies plan to decrease their Slack spending next quarter compared with 1 percent that plan to do so on Teams.

The general consensus among these big companies is that Slack may be a better product, but not so much better that it warrants paying for extra software on top of Microsoft Office, which they already require for business staples like Excel, Word, and PowerPoint.

The data, which is forward-looking and looks at only very large companies, runs counter to what Slack reported in its latest quarterly earnings, which highlighted 75 percent year-over-year growth, with 720 companies spending more than $100,000 a year on Slack.

Slack believes it’s the only tool that can serve major enterprise customers, since the size of organization-wide team that can use Microsoft Teams tops out at 5,000 people. They can have far more users if they operate in segments.

”I want to emphasize the critical nature of true scalability for our enterprise customers,” Slack’s CEO Stewart Butterfield said in his earnings call remarks. “Only Slack’s Enterprise Grid product can support the scale and structure of the largest organizations in the world.”

But as we know, while Slack has copyrighted the code underlying its software, it can’t copyright what its software does. So Microsoft Teams could eventually follow Slack’s lead and scale its product to a comparable size.

And as the world’s most valuable company, worth more than a trillion dollars, Microsoft has plenty of resources it can use to compete with Slack.

The 2019 UK elections, explained
Travel startup Away won’t be selling its luggage on Amazon anytime soon
Why Covid-19 is worse than the flu, in one chart
India’s plan to vaccinate 300 million people against the coronavirus, explained
Kirsten Gillibrand officially launches her 2020 presidential bid
Colorado is fighting its largest wildfire in history