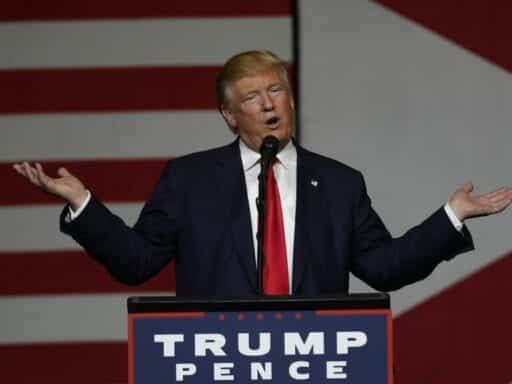 Democrats can talk about Trump corruption, or about lobbyists and campaign finance, but they’re not the same.

When I first started working on issues of democracy and political reform, as a Senate staffer in the Clinton era, there was a line we used in every speech referring to politicians as “good people caught in a bad system.”

After a while, a colleague pointed out that they weren’t all “good people.” Still, the majority of politicians of both parties then and now are trying to serve the public and their constituents honorably and effectively. But the incentives in the political system often made it hard to do that.

They led politicians to pay too much attention to wealthy donors and lobbyists, or to discourage voter participation, and they made it almost impossible for people without financial resources to run or be heard.

After almost two years in the world of President Donald Trump and his associates, our old “good people” line sounds ever more quaint. In recent weeks, the first and second members of Congress to endorse Trump have been indicted, one for insider trading that seems to have taken place from a cellphone on the White House lawn. The president later attacked the two prosecutions and the attorney general, on the grounds that the indictments put Republican seats in jeopardy.

The president’s former campaign manager and personal lawyer were convicted and pleaded guilty to eight felonies apiece on the same day. The president himself denounced people who “flip” to federal prosecutors, suggesting that telling the truth to law enforcement should be illegal, revealing a moral code in which loyalty and silence have a higher priority than rule of law.

And that’s all before the slow unfolding story of the president’s entanglement in, or indifference to, Russian-organized efforts to destabilize American democracy.

The issue of corruption, then, will inevitably dominate the two months remaining in the 2018 midterm campaign. But there’s more than one way to talk about corruption. “Good people in a bad system” is one way. “The swamp,” Trump’s dominant metaphor, is another, one that suggests pervasive malfeasance.

The choices about language and priorities that politicians and advocates make today will shape not just the election, but the prospects for reform in the future.

So far, the dominant message from Democrats has embraced Trump’s “drain the swamp” rally chant. Here’s language from the party’s announcement of their “Better Deal for Democracy” package of reforms: “The American people are sick of getting a raw deal from Washington and they’re tired of broken promises to ‘drain the swamp.’”

In the metaphor of “the swamp,” corruption is ubiquitous, across both major parties and all political institutions. Trump’s role in this story is that he’s just another guy who made big promises about fixing it, but didn’t. In fact, it’s become worse. When a Trump appointee such as former EPA director Scott Pruitt is exposed in some new abuse of power, Democrats mock him as “very swampy” or a “swamp creature,” a symbol of Trump’s absorption in a preexisting culture of corruption.

Trumpian corruption, in this version, is almost a footnote to the baseline level of mischief, a kind of malignancy that inevitably erupts in an already-diseased culture.

Sen. Elizabeth Warren (D-MA), in her August 21 announcement of a reform agenda mostly focused on restricting lobbying, was even more careful not to foreground Trump or his allies. After recounting historical declines in trust in government, she said, “I’d love to stand here and tell you that this was some sudden drop after Donald Trump was elected, but that wouldn’t be true. The problem is far bigger than Trump.”

Another approach was suggested by journalist Kerry Eleveld, writing in DailyKos: “Why not introduce a handful of reforms all centered around Trump’s corrupt coterie, almost like baseball cards but with the offender’s picture, a title for their offense and a brief description of the abuse the law would seek to eradicate.” The goal would be to “match real life people with real world corruption to offer real legislative solutions. Plus, they would automatically reinforce how extraordinarily corrupt Trump’s closest allies are.”

Generally, though, Democrats have avoided anything like Eleveld’s Trump-centric strategy, sticking with the “swamp” theme and promising to fix what Trump, for some reason, hasn’t.

It’s the small but influential faction of Never Trump conservatives who hold the flame of exceptionalism when it comes to Trump corruption. As former George W. Bush adviser Peter Wehner put it in the New York Times, “We’ve never before had the full-spectrum corruption we see in the life of Donald Trump.”

Why would Democrats take an approach that, on the surface, seems to implicate them in a broad culture of wrongdoing that includes behaviors no elected or appointed Democrat has been credibly accused of? Why would they downplay the distinctive level of corruption represented by Trump and his allies?

Why even treat his “drain the swamp” chant as if it were a serious call to reform lobbying and campaign finance practices, when it’s far more plausible that it referred to Trump adviser Steve Bannon’s promise to “deconstruct the administrative state”?

There are a few possible explanations. For one, to call out Trumpian corruption as aggressively as it merits would force the question of impeachment. Democrats have made a disciplined decision to avoid letting the election become a referendum on impeachment, wary of mobilizing Trump and Republican voters in reaction. They’ll wait until special counsel Robert Mueller or a revitalized congressional investigation in 2019 yields even more overwhelming evidence of high crimes and misdemeanors.

Another possibility: Democrats, for good reasons, want to put forward an affirmative agenda, just as we did in the 1990s. They want voters to see them as problem-solvers, not just alarmists. They know that Trump is a temporary occupant of the White House, even if the temporary stint might run until 2025, and they want to build a framework for effective democracy that addresses problems that precede or perhaps led to Trump, along with those that will outlive him.

Finally, many reform organizations are built around one or two specific procedural solutions that they have been advocating for over the course of decades. Focusing on the singularity of Trumpian corruption can seem like a distraction. It also risks appearing partisan.

But because so much Trumpian corruption takes the form of contempt for existing law, it doesn’t lend itself to new legislative solutions.

The Trump gang is putting to the test Michael Kinsley’s old aphorism that “the scandal isn’t what’s illegal, it’s what’s legal,” instead flouting the law and its overburdened enforcement mechanisms, as Rep. Chris Collins (R-NY) is accused of in an insider trading scandal. At some point the law might catch up with Commerce Secretary Wilbur Ross’s Cyprus-based finances and odd trading patterns. Many Trump associates seem to be entwined in some sort of international money-laundering syndicate, or more than one.

This is not “the swamp.” It’s something entirely new. Most members of Congress, of both parties, are not trading individual stocks based on inside information while introducing legislation to benefit those companies. Most government officials don’t have Cyprus-based bank accounts. No Cabinet officials in the Barack Obama or George W. Bush administrations committed acts like those of Tom Price, Scott Pruitt, and others.

None exercised raw power with as little pretense of weighing evidence or a wide range of viewpoints as Mick Mulvaney, as acting head of the Consumer Financial Protection Bureau, and Education Secretary Betsy DeVos did in wiping out enforcement of rules that protect students from predatory student loan practices and scam programs.

The reform solutions most Democrats and progressives favor, such as small-donor public financing of campaigns, or restrictions on lobbying, don’t correspond to these crimes. Some are already illegal, and some are difficult to separate from the legitimate exercise of executive branch power.

Much Trump corruption has its roots in the seediest margins of the financial world, rather than the more familiar nexus of campaign finance and lobbying. Columnist Anne Applebaum, who has an international perspective on corruption, argued recently that a global crackdown on financial crimes such as money laundering should be part of a reform agenda, along with reversing some of the obstacles to white-collar prosecutions identified by journalist Jesse Eisinger in his 2017 book, The Chickenshit Club.

The corruption of the Trump administration is not just of a greater quantity than the baseline, it’s different in type. Even the loosely defined corruption represented by evidence that ordinary policy generally hews more closely to the preferences of the wealthy than to those of middle- and low-income voters, has mutated to a new form in the Trump tax cuts and regulatory reforms.

Where George W. Bush cloaked his tax cuts for the rich in a veneer of something-for-everyone, including a letter announcing a $600 tax refund, followed by a check, Trump and congressional Republicans happily wrote a bill that delivers more than 80 percent of its benefits to the richest 1 percent, in the last year. The difference of scale is so extreme that it becomes a difference of kind.

The Democrats’ reform agendas (Warren’s, the Democratic caucus’s, the Center for American Progress’s) aren’t aimed at fighting these specific corrupt practices or individuals. They’re about a political system littered with incentives that encourage the worst behavior, distort politicians to spend most of their time with wealthy donors and lobbyists, to minimize voter participation, or to go outside the regulated campaign finance system. They see a system that makes it difficult for most citizens to participate meaningfully, or run for office, without financial resources.

These reformers want to change the incentives that shape everyone’s behavior, not just finger wrongdoers. “The swamp” is a poor metaphor for their vision of a more robust democracy.

But there’s a final, perhaps definitive reason to downplay Trumpian exceptionalism and treat all corruption as an undifferentiated “swamp”: Voters may not believe any other story. Most polling shows a general agreement with statements such as “the system is rigged to advantage the rich and powerful.” Almost all congressional leaders, from both parties, are deeply unpopular. In such an environment, a message that says, in essence, “Trump and his appointees and allies are deeply corrupt, but we’re not,” would fall on deaf ears.

But voters hold this view because this is what politicians have been telling them for decades. To say that Trump failed to drain the swamp is just to say that he’s no better, and also no worse, than any other big-promise politician. And that’s his own best argument — that there’s corruption everywhere. He may be no better, but as he often said to minority voters in 2016, “What have you got to lose?”

But much has been lost by failing to make distinctions between the boundless corruption of this administration and its allies, and the underlying reforms to the incentives and limits in the political system that Warren and others favor.

Instead of echoing Trump’s own misleading slogan, the task of the next several months is to put forward these two ideas separately and on their own terms: that Trump is guilty of “full-spectrum corruption,” and that we need to rebuild the basic incentive structure of democracy.

Why heat waves and Covid-19 can be a dangerous combination
Trump: We did a “fantastic job” handling the Puerto Rico hurricane that killed 3,000
What we know about the suspicious packages sent to the Clintons, Obamas, and CNN
The Assistant is a movie about more than Harvey Weinstein. It’s about the system around him.
Robots aren’t taking warehouse employees’ jobs, they’re making their work harder
Centrist Democrats are crucial to building the left’s power in the Midwest