The best $1,395 I ever spent: a workshop with an alleged literary grifter 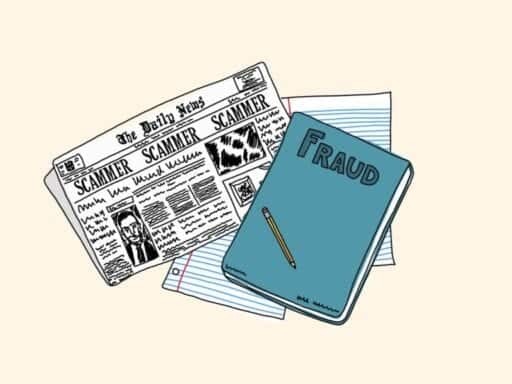 I spent a week in Provence with Anna March. To me, it was worth it.

When I saw the ad for a writing workshop at Julia Child’s house in Provence, I knew I couldn’t pass up the chance to go. I’d be spending time in an iconic setting, central to the American narrative of cooking and food writing. At the very least, I’d have bragging rights forever. The retreat was months away, but I quickly got in touch with the organizer, a writer and teacher named Anna, and paid the full fee: $1,395.

On a clear, cool morning in Provence six months later, I awoke in the cottage known as La Pitchoune with seven other women. At least two of them were divorced; others, like me, were divorcing, and their positivity buoyed me: I was four months past telling my husband I was leaving him and mere weeks away from a one-way flight from Berlin — my home for nearly a decade — to New York. We wrapped ourselves in quilts (even Southern France can get chilly in winter) and sipped from mugs of coffee on pastel sofas, notebooks in our laps.

Anna started each session with a poem to settle and inspire us, then launched into her writing philosophy and gave us critiques on our work. In the afternoons, we wrote in quiet corners of the house or piled into rental cars to explore nearby towns like Grasse and Valbonne. At dinnertime, a young chef recreated Julia Child’s recipes, including a memorable beef bourguignon.

I noted that Anna tended to name-drop quite a bit, but it didn’t bother me at the time: I had spent years as a freelance writer and I was aware that almost everyone did this. Besides, I told myself, she had every right: She had written for the New York Times’ Modern Love column and was on a first-name basis with famous writers like Cheryl Strayed and Roxane Gay.

Her writing exercises were on point, too, getting us to dig deep until we’d unearthed events even we were afraid of, stories that would make excellent fodder for our writing. By the end, we’d exchanged phone numbers and email addresses, tearful goodbyes and promises to visit each other. One other woman and I had felt so transformed, we’d agreed to sign up for a second workshop the following October — at a castle in Ireland — and paid a $600 deposit.

Months later, fully settled into my New York life, I emailed Anna to tell her I’d be booking my plane tickets. I received a cryptic reply hinting she might have to cancel the workshop. Two unanswered follow-up emails later, I began to worry.

That’s when I came across the LA Times article. Accompanied by animated illustrations of a woman with a pink bob and cat-eye glasses, the article painted a portrait of a literary scam artist who had masqueraded under a series of assumed names, promised writing awards and money that didn’t materialize, collected payment for workshops that never happened, and claimed to be friends with literary greats who barely knew her. It was the same woman who had led our workshop at Julia Child’s house. Her name was — or wasn’t — Anna March.

As I went through the checklist of emotions I was supposed to feel when losing money to a supposed scam artist, I was surprised to find that shock was not among them, though anger certainly was

I experienced about five seconds of cognitive dissonance as my brain tried to convince me this was not the same person I had met in France. As I went through the checklist of emotions I was supposed to feel when losing money to a supposed scam artist, I was surprised to find that shock was not among them, though anger certainly was.

But I was unclear about how and where to direct this anger. I’d surely never see my deposit for Ireland again, but the cost of my week at La Pitchoune had been money well spent. In fact, I couldn’t entirely let go of the notion that my time with Anna, even though she was an alleged grifter, had somehow been valuable.

I wasn’t alone. “Every woman who attended was going through an interesting life crossroads, and it was wonderful to witness everyone’s unique story and help them form their thoughts into words,” said one participant who wished to remain anonymous. “I felt like I learned a lot about life from her.”

“There is no question that the time spent with all of you was invaluable to me,” said another. Only one participant, Nancy Zaretsky, agreed to go on the record. After our time together, Anna had offered Nancy a place in her spring workshop in Spain. Thanks to her fluency in Spanish, she said, Nancy would get a free spot in exchange for help with daily tasks and organizing a day trip to Morocco.

In a move that would make sense only later, Anna didn’t show up. She had hired one substitute who also canceled and another who proved to be subpar. She had washed her hands of the day-to-day details, leaving Nancy to pick up the pieces, which Nancy said included answering questions from concerned participants, finding some of them alternate lodging, and placating the owner of a local catering business hired to provide meals, who also wasn’t paid.

Yet even that experience had not really altered Nancy’s memory of our workshop. We had all been victims of some indefinable act, but Nancy felt mostly frustration that the person she’d met in France seemed to change so drastically afterward. In a way, she explained, she felt sorry for Anna.

“Who is she, really, and does she understand how much she has to give?” Nancy asked me.

Like Nancy and the rest of them, I’ve had to peel apart and process the multiple layers of the Anna story. In doing so, I’ve confronted my own privilege: I’m a young, white, able-bodied woman for whom the workshop and flight costs were not prohibitively expensive. In the days after the LA Times article was published, many other writers — quite a few of them women of color — wrote on Twitter and in their own blog posts of how they gave her money to advise them or wrote for her website and were never paid.

Still others had sent her money for workshops that simply hadn’t happened. I cringe to think of an incident described in the article in which disappointed participants were met in Italy by a befuddled hotel staff. Ours seemed to be one of the only workshops to have taken place as advertised. That wasn’t just lucky; it was baffling. (I reached out to Anna at her last known email address for comment for this piece; to date I have not heard from her.)

I think about all the things we shared in Provence — long-buried family secrets, doubts about major, irreversible life decisions — and wonder if Anna March was mining us for information. Were these workshops meant as phishing expeditions? Was she figuring out which of us was in a precarious enough place that we might give her more money for further workshops, or hire her as a “book midwife” (one of her other advertised package services)? When I heard about her alleged deception, it occurred to me that we should perhaps worry about blackmail, but even I don’t believe Anna would go to life-ruining lengths.

Perhaps every scammer is the upside-down mirror image of the American Dream, the logical endpoint to the kind of rugged individualism we are taught to admire and emulate

Lately, I’ve been thinking of the victims of other recently famous scam artists and how they may be feeling now. I think of Anna Delvey née Sorokin, the society grifter who was recently tried in New York for pretending to be a German heiress, or Elizabeth Holmes of Theranos fame. Both were objects of fascination in the past year, and both were so brazen in their deception that some could almost admire them — as long as they weren’t involved in their schemes.

Perhaps people are attracted to scammers because they have done away with the part of themselves that cares whether their truths are lies, leaving a covetable kind of false confidence. Perhaps every scammer is the upside-down mirror image of the American Dream, the logical endpoint to the kind of rugged individualism we are taught to admire and emulate.

Of course, Anna Delvey and Elizabeth Holmes, like Anna March, are white women; for them, grifting is easier since they can walk into any room expecting to command it. It doesn’t matter whether they are who they say they are; they carry with them an aura of truth their whiteness provides, and that is enough for many people. That, too, is the flip side of the American Dream, in itself a scam.

The six of us weren’t roped into a glamorous, jet-setting life, and we weren’t led to invest large sums of money in the promise of an unlikely medical miracle. All of us were there because we wanted to learn how to be better storytellers. We may have spent money on a workshop with a woman who wasn’t who she claimed to be, but the five days we spent with Anna March in Julia Child’s house have given us a story of intrigue, deception, and false identity we couldn’t have invented if we tried.

Giulia Pines is a freelance culture and business writer based in Jackson Heights, Queens.

“I tried ketamine to treat my depression. Within a day, I felt relief.”
Trump, Putin, and America’s “geopolitical suicide”
US National Guard chief: “The climate is changing. I don’t know why.”
States and cities are “falling off a cliff” as the economic crisis sets in
Trump loyalists are working hard to defend the president. It isn’t going well.
Why do memes matter?