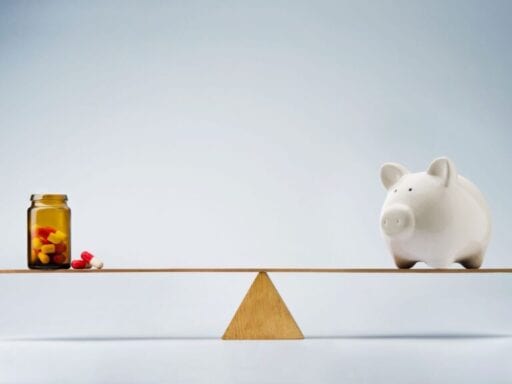 Trump wants to make health care prices more transparent. How much good will it do?

The Trump administration has grand plans to make health care prices more transparent, hoping a little bit of sunlight will help disinfect the high costs of US health care.

In new regulations, the administration is requiring hospitals to disclose for the first time the prices they negotiated with health insurers for a wide range of services, as well as the prices they charge patients who are paying with their own money. The hospitals will also be asked to create a list of 300 so-called “shoppable” services that patients can use, targeted to more elective services where customers might actually shop around.

At the same time, under another related new rule, health insurers will be required to specifically detail how much patients could be asked to pay out of pocket for various medical services. Combined, the regulations are a salvo against the often opaque and labyrinthine world of health care prices.

But is it going to make any difference? I asked a few health policy experts for their best-case scenario under the new price transparency regimes (assuming it survives the coming lawsuits from the industry), their more realistic scenario, and their worst fears.

Everyone I talked to was pretty skeptical price transparency would have a meaningful effect on consumer behavior or prices. Health care is simply a difficult thing to shop for (especially in an emergency); arguments could be made that transparency might actually increase prices.

So there’s a wide range of possible outcomes. Let’s start off with the optimistic before we get to the cynical takes.

The sunniest take on health care price transparency, the one that dominates the Trump administration’s point of view, is that consumers are empowered with all this information to seek out more cost-effective care, spending less money and lowering costs.

This would be arguably unprecedented in American health care.

“App developers will go crazy developing shopping tools for patients, and patients will use those tools to search for the best deals,” said Larry Levitt, senior vice president of the Kaiser Family Foundation, summing up that best-case scenario. “The public availability of prices will shame high-priced hospitals into lowering their prices because they’ll be so embarrassed.”

There is at least some evidence that price transparency can be effective in lowering costs. Zach Brown, a researcher at the University of Michigan, used the debut of a new price transparency website that listed the costs for MRIs. He found, compared to an alternative scenario without price transparency, prices were significantly lower (about 22 percent). Patients were able to shop for lower-cost options, and insurers were able to negotiate lower rates from providers.

Not every service is comparable to an MRI. But if you wanted a reason to be optimistic about the market using this price data to better self-regulate, that’s a good place to start.

The newly available public data on health care prices could also motivate lawmakers to take more direct action to regulate prices. That probably isn’t what the Trump administration has in mind, preferring to let the market take the wheel, but a Democratic White House and/or Congress could do a lot with the kind of information the administration wants disclosed.

“The most optimistic scenarios are ones where shining a brighter light on health care prices spurs policymakers to implement other policies designed to reduce prices,” Matthew Fiedler, a fellow with the USC-Brookings Schaeffer Initiative for Health Policy, told me. “I’m not sure I think that’s likely, but I also don’t think it’s completely implausible.”

But nobody I talked to believed very strongly that we would see such significant benefits from more health care price data being available. In fact, they didn’t expect much effect at all.

“We have a reasonable amount of experience in the commercial market that suggests most people do not shop for lower-cost health care services, even when pricing information is made available to them,” Caroline Pearson, senior fellow at NORC-University of Chicago, says.

She ticked through a few reasons why:

There is also the possibility hospitals will decide just not to comply with the Trump rule and pay a penalty instead, which would dampen the impact of the policy. The fine for noncompliance is $300 a day, peanuts for hospitals with nine-figure budgets (or higher).

Then again, hospitals might not want to purposefully violate a federal regulation. Let’s assume hospitals provide the data. What’s the worst that can happen?

The worst-case scenarios for price transparency

The worst fear for the Trump plan is that making more information to patients could end up actually raising costs.

“My gut reaction is when you have little information on quality, and you see other people purchasing the same good, you infer quality because they can maintain that price,” Garthwaite says. “If they don’t have some financial reason to go to one provider or another based on price, they will substitute price for quality.”

More systematically, David Cutler and Leemore Dafny laid out another cost concern back in 2011: hospitals would raise their prices. Right now, a hospital might offer one insurer a lower price than another because Insurer A has more patients than Insurer B and could send them elsewhere. But if Insurer B now knows what the hospital pays Insurer A, they might demand the same price or send their patients elsewhere. So if the hospital now must publicly disclose its prices, it will raise the price for Insurer A, rather than risk having to reduce the price for Insurer B.

“Complete transparency of prices negotiated between payers and providers could raise costs instead of lowering them, especially in markets where there is some degree of pricing power and where consumers are imperfect decision makers,” they wrote.

The pandemic could have crushed WeWork. It may have saved it instead.
The controversy over Kanye West’s 13th Amendment tweets, explained
The WHO is concerned Tanzania may be hiding Ebola cases
By the numbers: how 2 years of Trump’s policies have affected immigrants
Mark Halperin says his conduct has changed. His commentary is the same.
How the National Prayer Breakfast plays into the indictment of an alleged Russian spy