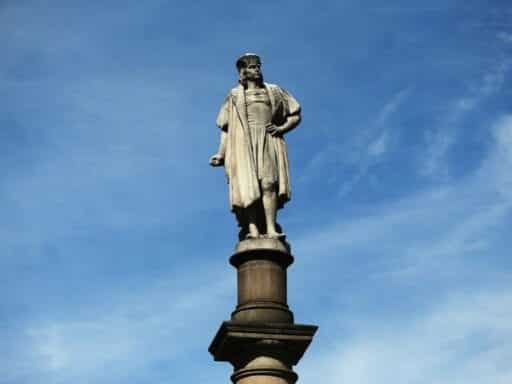 Columbus, Ohio, is replacing a holiday celebrating Christopher Columbus with a holiday for Veterans Day.

The most populous US city named after Christopher Columbus isn’t recognizing Columbus Day as a holiday.

Mayor Andrew Ginther of Columbus, Ohio, recently announced that the city will stay open on Monday (during Columbus Day). The mayor, a Democrat, said the city would instead go on holiday for Veterans Day on November 12.

Over the past few years, there’s been a growing push, particularly by Native American groups, to stop the celebration of Columbus Day and instead replace it with Indigenous Peoples Day in an effort to recognize the damage of colonialism in the Americas.

As Dylan Matthews noted for Vox, “It’s somewhat old hat at this point to point out that Christopher Columbus — in whose name children are off school and mail isn’t delivered today — was a homicidal tyrant who initiated the two greatest crimes in the history of the Western Hemisphere, the Atlantic slave trade, and the American Indian genocide.”

Columbus, however, actually wasn’t renowned as a hero for much of American history. As explained by Adam Ruins Everything, it wasn’t until 1828 that Washington Irving, who wrote The Legend of Sleepy Hollow, authored the first major English biography of Columbus. The positive myth it fostered around Columbus — how he supposedly proved the Earth was round and discovered America — was embraced by Italian immigrants to America, who were in search of an American hero as they faced discrimination and persecution in the US.

Many Italian groups continue to support Columbus Day as a point of cultural pride. Indeed, Columbus Italian Festival organizer Joseph Contino criticized Columbus’s decision to the Associated Press: “It’s very in vogue politically right now to do that. It’s not PC for me to say anything against indigenous peoples. … You can kick Christians, you can kick Catholics. That’s the message that it sends to us and that’s what it feels like; we’re Europeans and we lop Indians’ heads off. Which is just not true.”

But Tyrone Smith, director of the Native American Indian Center of Central Ohio, told the AP that Columbus’s move is “a victory for everyone.”

Watch: Why the US celebrates Columbus Day

The best $14 I ever spent: A plastic kiddie pool
Vox Sentences: A fight over a pin — and war crimes
Did Trump call US war dead “losers” and “suckers”? The controversy, explained.
Joe Kennedy’s potential primary challenge to Ed Markey, explained
Deal? No deal? Delay? Here’s the week ahead in Brexit votes.
What’s next after the Trump-Kim summit? An expert explains.