The complicated relief of the Chauvin verdict 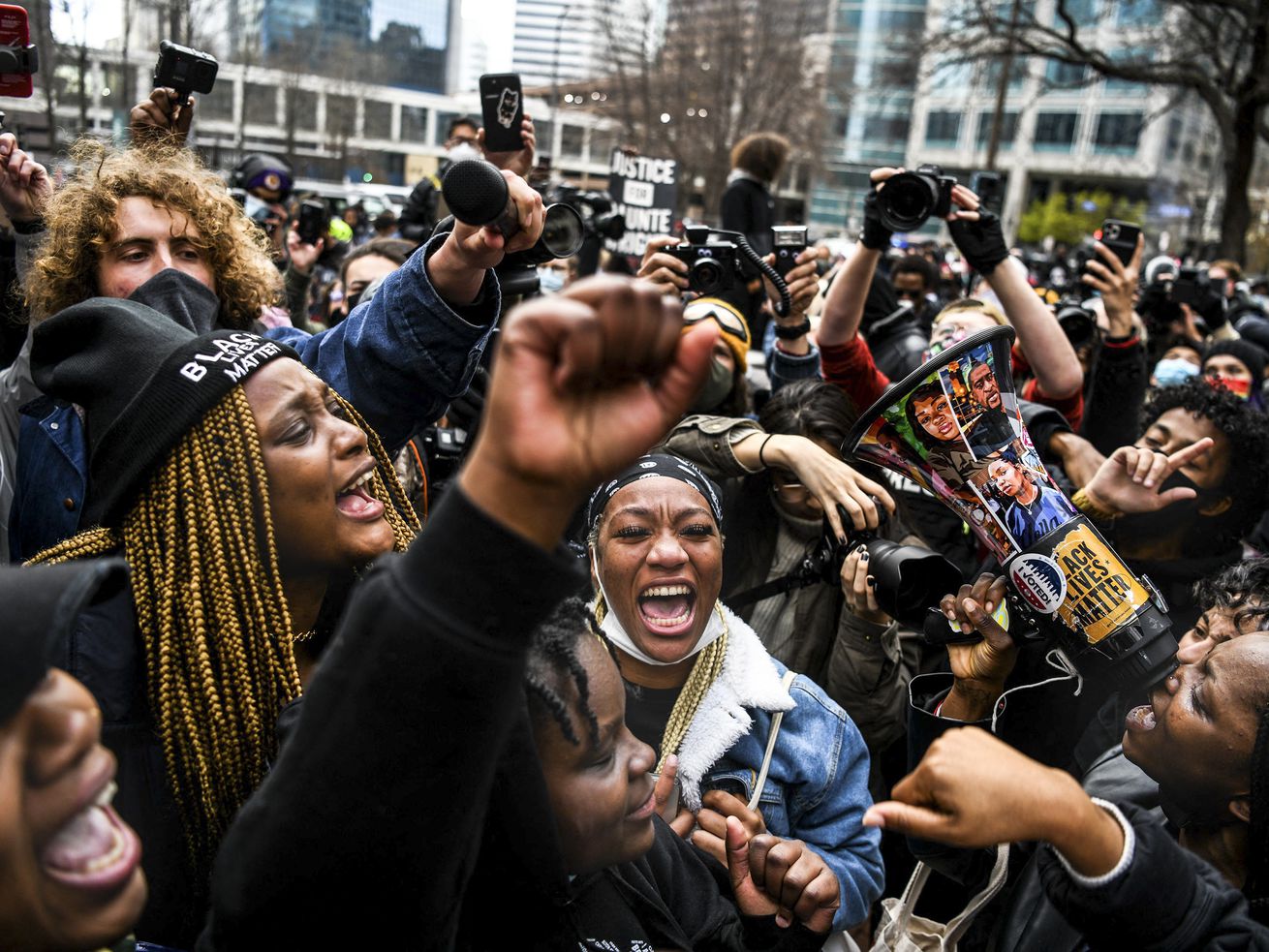 Americans cried, hugged, and gathered in the streets after jurors convicted the former police officer of murdering George Floyd.

Relief is perhaps the best word to describe what many people felt when they heard Judge Peter Cahill announce the jury’s monumental decision to convict former Minneapolis police officer Derek Chauvin of murder on Tuesday.

Millions of people viewed the cellphone video of Chauvin pinning George Floyd by the neck with his knee last May. Many Americans had previously seen police bludgeon, brutalize, and kill Black people on video (the police assault of Rodney King made its way to TV in 1991), but the murder of Floyd, amid a pandemic that was already ravaging Black communities, became a breaking point in the long history of police claiming the lives of countless Black Americans.

Months of anger and fury ensued to keep Floyd’s memory alive and prove that Floyd’s life and all others like his matter. Activists leading the charge did not let the country forget Floyd’s name and image. It took nights of being bulldozed by the police at protests and blindly believing that there could be justice before arriving at Tuesday’s conviction.

And with the conviction came the relief seen in the faces of the Minneapolis residents who gathered at Cup Foods Tuesday evening, the site where Floyd called out for his mother and exclaimed 27 times that he couldn’t breathe. Crowds exhaled at the shock of a justice system actually functioning against a police officer and in favor of a Black man. The public outcry for Floyd that has endured for nearly a year was not in vain.

But the emotional complexity of Tuesday’s energy lies in the fact that justice cannot be served for someone who is already dead, a hard truth that undergirds the moment. “There’s a reason why this ignited and really touched a worldwide audience,” D.A. Bullock, a member of the Minneapolis organization Reclaim the Block, told Vox. “We were really confronted with our belief system about policing. We saw it with our own two eyes. I want to tell people, ‘Don’t look back on that and say that’s solved once you get rid of one officer.’ That’s not true.”

The difficulty of the jury’s verdict is compounded by the fact that Chauvin’s conviction is an aberration. Only seven officers have been charged with murder for police shootings since 2005, though an average of 1,000 police killings of civilians are reported each year.

The deep toll of the moment also stems from the reality that eyewitnesses like now-18-year-old Darnella Frazier and her 9-year-old cousin will bear the burden of seeing Floyd’s death firsthand for the rest of their lives. While Floyd’s relatives spoke of the victory of Chauvin’s conviction, his family is not whole. Though Chauvin will be sentenced to prison, policing in America, as racist and corrupt as it is, remains intact. This one-off conviction is part of a wicked game, bringing a moment of triumph when Black people have already lost so much. That onlookers waited at the edge of their seats, with the possibility that Chauvin could have been acquitted, speaks to the nature of the country’s faulty criminal justice system.

Still, the jury’s decision is a moment to exhale. Across the country, people held their fists in the air, cried, chanted, screamed, cheered, hugged, and stood still to take in this modicum of hope. And though the conviction is far from signaling freedom for Black lives, the celebration represents healing, the will to release some pain, and the power to join together with an eye toward systemic change. Darkness still hangs over America, but some light pierced through on Tuesday.

GPT-3, explained: This new language AI is uncanny, funny — and a big deal
Meet the Democrat trying to unseat scandal-plagued Rep. Jim Jordan in his heavily Republican distric...
Julián Castro declares his 2020 presidential candidacy
The troubling epidemic of unnecessary C-sections around the world, explained
The growing scientific evidence for masks to fight Covid-19, explained
Elon Musk’s not taking Tesla private after all