The controversy around Darla Shine, wife of the White House communications chief, explained 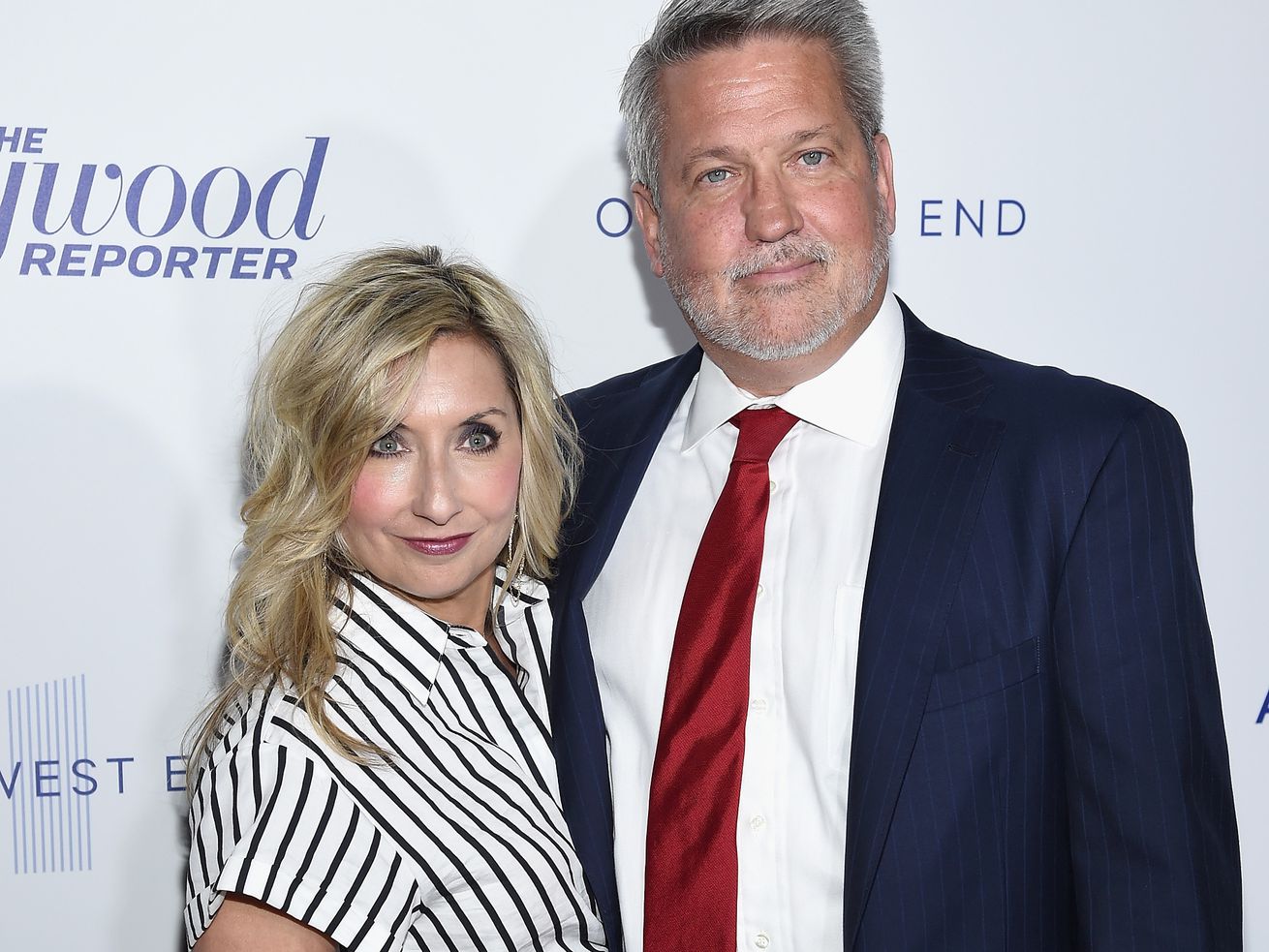 Bill Shine, Trump’s new communications director, arrived to the job with a lot of baggage. He left Fox News in 2017, facing lawsuits that accused him of covering up allegations of sexual harassment at the network. He was considered the enforcer for disgraced network chief Roger Ailes.

That should have been enough controversy. But Shine’s appointment also brought scrutiny on his wife, Darla, whose racist tweets and sexist comments have trickled out in recent days.

The tweets from her Twitter account, which has been deleted, include streams of racist memes and conspiracy-laden rants, plus multiple laments that she can’t use a racial slur: “Just singing to one of my jams ‘Golddigger’ by Kanye West when I realized If I sing along to the verse ‘Broke N——’ I might be a racist,” Shine tweeted in July 2015, according to Mediate’s screenshots of her tweets.

She’s also an anti-vaxxer who believes that sunscreen is a “hoax.”

Darla isn’t a member of the administration, although her husband is in charge of White House communications — packaging and directing the administration’s message to the American people. Usually the spouses of White House officials aren’t scrutinized so closely. But Shine herself is also a public figure — a published author, podcast host, blogger. Beyond that, her racist online rants are just the latest example of the kind of company the president and his closest advisers are choosing to keep.

Who is Darla Shine?

Shine’s brand is personal. She began her career as a TV producer at — where else — Fox News. She built a career off her decision to become a stay-at-home-mom and homemaker, writing a 2005 book called “Happy Housewives,” which is described as a “modern-day guide to keeping house, raising kids, and loving life.” The New York Times called it “an ode to female empowerment through 1950s-style domesticity.”

Shine turned that into a blog and forum called “Happy Housewives Club” and hosted a syndicated radio show on the Talk Radio Network.

“I didn’t like the way I was treated when I traded my briefcase for my diaper bag,” Shine wrote on her website. “I suddenly was ‘uninteresting’ or that is how many of my ‘career girlfriends’ made me feel. So I decided to make a statement by writing Happy Housewives. I am here to shout out to all homemakers that it is okay to be home, and if you are going to do it, do it proudly.”

Darla Shine was nudged into the spotlight beyond her brand as her husband, Bill Shine, became co-president of Fox News after Ailes’s ouster, in 2016. Shine left the network less than a year later, facing scrutiny about his handling of sexual and racial discrimination cases at the network. Now he’s the latest person in charge of the White House press shop.

Darla Shine came under fire soon around the time her husband was named to the White House communications job. She apparently predicted this; Vanity Fair reported that Darla Shine was afraid Shine’s new role would subject her family to scrutiny.

Darla Shine expressed pro-Trump views on Twitter, as you’d might expect of the spouse of a future official of that administration. But Mediate collected a slew of tweets on her now-deleted account, which include a bizarre range of racial and sexist jabs. She targets black people, “Islamic insanity,” black people, Stormy Daniels, and vaccines:

Perhaps the most bizarre complaint was her repeated instance that rappers delete the n-word from their music. She complained she couldn’t recite the words to Kanye West’s song “Gold Digger,” and it became somewhat of a running theme in her online postings. Per Mediate:

“Take the N word out of the music – don’t want to feel guilty for singing songs with the N word in it.”

“The recurring verse in Trinidad James rap song is the n word over and over. I can buy, but I can’t sing out or then I’m am a racist?”

“Don’t use the N word in your songs if you don’t want your teenage listeners to repeat it out loud. Clean up the music! Set an example.”

“@seanhannity @Theblacksphere I never have said the N word out loud and my white children have never either. Blacks stop using the N word!”

And that’s not all of Shine’s grievances. She lectures repeatedly about the charged word, saying that she can’t say it, and others shouldn’t be able to:

“Funny how critics calling to ban Gone With the Wind, Jefferson Memorial, but no talk of banning the N word or Rap songs with N word in it.”

“Remove every rap song that has the N word in it. Take them off the air. If we ban Gone with the Wind, racist rap music goes too.”

“Will Sharpton threaten rappers to remove N word from their music?”

“Rebel Flag off State Buildings in SC but cop killer rap songs, songs about rape, and songs with N word continue to play on the radio.”

Shine also highlighted provocative stories that featured black people accused of violence against whites, accusing Black Lives Matter of staying silent. In another tweet, after the Dallas police shooting in 2016, she accused black celebrities of failing to speak out against “blacks targeting & murdering cops.”

She also expressed disgust that people were blaming the Confederate flag instead of “big pharma” after Dylann Roof’s mass shooting at a historically black church in South Carolina in 2015. “One psychopath Dylan Roof caused historic Rebel Flag to be removed yet violent inducing psychiatric drug he was taking still on market,” Shine wrote.

Shine also made some sexist comments against women, including those who had spoken out about harassment at Fox News. Darla Shine retweeted an attack on Carlson in 2018, according to HuffPost: “I guess if you ignore the FACT that Gretchen would still be at FNC if they hadn’t fired her for abysmal show ratings & how she kept kissing up to BILL & ROGER till the end!”

Shine attacked Monica Lewinsky and Stormy Daniels. “How is a one night stand between a rich married man and a whore news?” she wrote about Daniels, who allegedly had an affair with Trump in 2006.

That’s not all. She also embraced anti-vaxxer conspiracy theories, repeating the debunked science that vaccines cause autism. As the HuffPost pointed out, she even once she managed to tweet that pro-Russian propaganda that claimed Putin “exposes” vaccines.

CNN’s Andrew Kaczynski, Nathan McDermott, and Chris Massie also discovered clips from Shine’s radio show, from the late 2000s, on which she makes light of sexual assault in the military and also spreads bizarre conspiracy theories about sunscreen, vaccines, and the government.

In 2009, on a syndicated broadcast of the “Darla Shine Show” she seemed to blame women for putting themselves in such a situation:

”I hate to say it, but it’s true. They should not even be allowed. The top military should say, ‘No way, you’re not allowed.’ But you know, the feminists have fought for these rights. It’s so stupid. I don’t know why anybody would want that.”

Shine also claimed sunscreen was “a hoax.” (Research strongly suggests it helps prevent skin cancer) and claimed the government was trying to round people up so it could test vaccines, echoing some of the anti-vaxxer propaganda she sent out on social media.

Shine’s comments on the radio program are by now about a decade old, but it’s clear she was pretty active on social media before shutting down her account.

The White House did not respond to a request for comment, and doesn’t appear to have responded to any of the various media reports. And as the Washington Post’s Eugene Scott pointed out, nothing will happen because “many people who supported this administration, the language and worldviews she expressed aren’t problematic.”

Trump himself built his political career through a racist conspiracy theory about Obama’s birthplace. His embrace of “birtherism” gave him a platform, and it’s not surprising that he launched that into a presidential campaign that began on day one with racist remarks about Mexican immigrants. It’s a theme that continues throughout his presidency, from his comments about “shithole countries” to his dehumanizing language to describe immigrants.

Trump has also seemed open to anti-vaxxer views, and he’s cavorted with Alex Jones, who’s claimed Sandy Hook is a hoax and somehow falsely predicated the next Civil War. Trump glorifies in what he can’t prove, but wants himself and his supporters to believe — the Russia “witch hunt,” the deep state, “Spygate,” fake news. The list goes on.

Which is why Shine’s comments will barely register in with the Trump administration. The White House was willing to face the PR disaster of hiring someone mired in scandal. In fact, Trump likely felt a kinship with him — another man, another witch hunt. The White House has embraced Bill Shine. His wife’s tweets probably won’t even register.

Crazy Rich Asians is shaping up to be one of 2018’s biggest success stories
Trump’s decision to cut off aid to 3 Central American countries, explained
The systemic racism black Americans face, explained in 9 charts
Oklahoma is releasing 462 inmates in the largest single-day commutation in US history
Hawaii is facing a rare threat: a major hurricane
People say they care about privacy but buy devices that can spy on them anyway