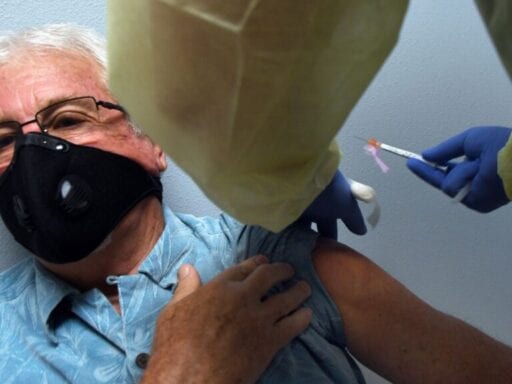 America’s long-running debate over prescription drug prices feels more urgent than ever during the Covid-19 pandemic.

Most people are rooting for the US drug industry — self-styled, and not without reason, as the most innovative in the world — to develop a vaccine or a cure for the disease that has taken more than 160,000 American lives. But the hope is tempered by an unavoidable fear in the country with the world’s highest medical prices: Will it be affordable?

“In a sense, this is the whole drug pricing dilemma in one act,” Larry Levitt, executive vice president at the Kaiser Family Foundation, told me. “We want innovation and new drugs that can save lives, but we also want lower prices.”

According to new polling from Data for Progress and Be A Hero, shared exclusively with Vox, voters in some of 2020’s most important battleground states fall decisively on one side of that debate. They say they are ready for a more aggressive policy agenda to, in the near term, make Covid-19 vaccines and treatments free, and, in the long term, restructure the US pharmaceutical drug industry to lower prices.

From July 24 to August 2, the left-leaning groups polled 2,051 voters in Arizona, Iowa, Maine, and North Carolina, key battleground states in the presidential and Senate elections, to gauge their feelings toward a progressive agenda to reduce drug costs. A strong majority, over 70 percent, said they would prefer a candidate who supports making Covid-19 treatments and vaccines free to everybody.

About two-thirds of voters across those states said they would be more likely to support a candidate who favors various reforms — allowing Medicare to directly negotiate the price of medicines, having the government manufacture generic versions of expensive drugs, and revoking companies’ patents for high-cost medications — over keeping the existing system, which gives drugmakers long monopolies on new or tweaked therapies.

More than half, 58 percent, said they would be more likely to support a candidate who wants to make prescriptions free at the pharmacy by having Medicare cover the costs for all Americans, a kind of “Medicare for all prescription drugs.” All of the findings were quite consistent across the different states: Support on that particular question, for example, was the lowest in Arizona, where it still hit 55 percent, and highest in Iowa at 60 percent.

“A lot of it is because of what’s happening with Covid,” said Liz Jaff, president of Be A Hero, who co-founded the group with well-known activist Ady Barkan, an ALS patient who has advocated for single-payer health care in the United States. “America is realizing we need to change.”

It is difficult to be sure exactly how much the public’s views have changed during the coronavirus crisis. Medicare negotiations, for example, have always been popular. Some of these other ideas, like the government manufacturing generic drugs, are still pretty new to the policy debate. But Americans do appear to have a substantial appetite for aggressive government action to control health care costs during the pandemic: 90 percent said in an April poll from the Commonwealth Fund that Covid-19 testing and treatment should be free for everyone.

Crises have a way of making people more amenable to government interventions. Such a change in attitudes has been detected in social science research from World War II and the Great Recession, as I covered recently. Pollsters have recently found Medicaid is enjoying an uptick in public approval, with more people saying they know somebody relying on the program during the current economic downturn.

But the politics of pharmaceuticals feels particularly fraught. Pharma’s most common argument against government price constraints is that they need to be able to fund their research and development of new breakthrough therapies. That argument could find a receptive audience in a public that wants a cure or vaccine for Covid-19.

On the other hand, the pandemic and its economic consequences have also made Americans as sensitive as ever to the health care cost problem; the polling from Data for Progress and Be A Hero is strong evidence of that.

“If drug companies save us from this horrible pandemic, they will be heroes, and it will be very hard politically to go after their prices,” Levitt said. “But, if the drug companies get too greedy in pricing Covid-19 vaccines or treatments, it could come back to bite them.”

This is a moment of “morality meeting politics,” as Jaff described it. All of the Democratic Senate candidates in the states polled — Mark Kelly in Arizona, Theresa Greenfield in Iowa, Sara Gideon in Maine, and Cal Cunnigham in North Carolina — say they support Medicare negotiations for prescription drugs. So does Democratic presidential nominee Joe Biden. His newly chosen running mate Kamala Harris proposed aggressive government actions during her presidential bid. House Democrats passed a bill last year to permit negotiations for a certain number of drugs, estimated to save as much as $450 billion over 10 years.

As for pharma, Jaff said: “It’s time for them to rethink how much money they can make off sick Americans.”

There is some evidence that pharma has been responsive to public pressure to deliver Covid-19 treatments at a reasonable price. When Gilead announced the price at which it would sell remdesivir, shown to reduce the length of hospital stays for Covid-19 patients, Stacie Dusetzina, a health policy professor at the Vanderbilt University School of Medicine, called it “a reasonable price and it’s a surprising price.”

It was still $3,100 per course (for the hospitals, not the patients), but that was in line with its projected value, according to an analysis by the Institute for Clinical and Economic Review.

“If you come out and you price really aggressive high pricing here, you are gonna be in the crosshairs of the entire American public,” Dusetzina told me at the time. “The president, everyone.”

Drugmakers have also pledged to deliver Covid-19 vaccine doses at roughly the same price (about $15) they charge the federal government for flu vaccines.

US bankrolled this vaccine, NIH helped develop, ran the trial, i think is paying for the trial, and will still pay Moderna $15 a dose.

This cost itself is similar to what the US pays for each dose of influenza vaccine (according to CDC website) https://t.co/FtU1SEgKx7

But progressives want to keep up the pressure for more aggressive reforms. Those low vaccine prices should be a given, in their minds, considering the amount of government investment in Covid-19 research and clinical trials. Taxpayers are already footing much of the bill to develop these therapies.

And, based on this new battleground-state polling, they have reason to think the public is on their side.

“This is the fight we want,” Jaff said. “With the amount of money they make, they should be able to provide this for free.”

The Georgia legislature finally passes a hate crime bill in the wake of Ahmaud Arbery’s death
Immigrant children: Federal judge orders families separated at border be reunited within 30 days
The Ohio 12th, the next big 2018 special election, explained
Is abuse of power an impeachable offense?
A very early 2020 poll shows Democrats like Biden to take on Trump
The scientist who tried to be as selfless as possible, until it killed him