The economy is slowing down. That’s bad for Trump. 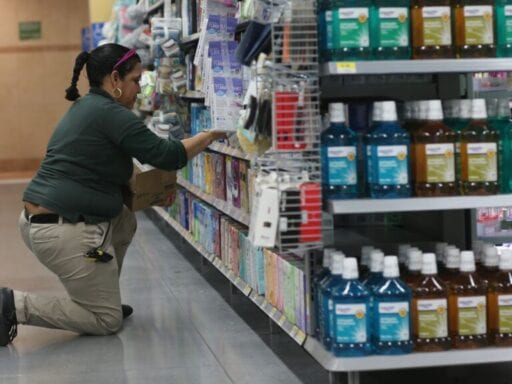 The latest jobs report is … not great.

Job growth slowed a bit in September, with 136,000 new jobs added to the US economy, compared to 168,000 (revised) positions created in August, according to the latest jobs report from the Bureau of Labor Statistics. Wages actually fell.

The slowdown — led by a loss of retail and manufacturing jobs — suggests that President Donald Trump’s trade war with China is hurting industries that depend on exports and imports.

But in September, the US economy lost 2,000 factory jobs. The retail industry lost 11,400 positions.

These numbers are preliminary, and may later be revised. But those losses help explain why overall economic growth has been so sluggish lately.

In other respects, the latest job report shows a US economy that is doing okay.

The unemployment rate, for example, dropped even further, to 3.5 percent. That’s the lowest rate of unemployed Americans recorded since December 1969.

Yet none of this means much to middle- and working-class families: Workers’ hourly wages dropped by a penny in September. While that might not seem like a lot, it’s worth remembering that wages should grow, not shrink, during the longest economic expansion in US history.

It’s still relatively easy for many to find a job these days, and those who lose their jobs, or decide to leave, don’t have as a hard time finding another position.

But millions of Americans are working part-time jobs when they would rather get full-time gigs, or at least work more hours. The number of people in that group —4.4 million workers— didn’t budge in September.

The health care industry added the highest number of jobs in September: 39,000. Nurses, physical therapists, and home health aides are in high demand right now. Companies that provide services to businesses — such as janitors and security guards — also created a lot of jobs.

The average monthly job growth so far in 2019 is about 161,000, a notable drop from the 223,000 positions created on average each month last year. The decrease isn’t alarming; it could just mean that the current labor shortage is making it hard for employers to fill all the open positions. There are far more jobs available right now than there are people looking for work.

Even though Americans are finding jobs pretty easily, they still aren’t seeing the so-called economic boom reflected in their pocketbooks.

September was another month of stagnant wage growth. With such a tight labor market and rising productivity, workers should expect big pay raises, not shrinking wages.

Private sector workers (excluding farmworkers) got paid 1 penny less per hour, on average than they did in August, adding up to an average hourly pay of $28.09. In the past 12 months, average hourly earnings have increased by 2.9 percent. That reflects a slow down in wage growth, and it doesn’t even take inflation into account.

The latest pay data suggests that workers are still not benefiting much from the longest economic expansion in US history. Slow income growth has been the weakest part of the US economy in its recovery from the Great Recession.

Wage growth has barely outpaced cost-of-living increases, even as the unemployment rate dropped and the economy expanded. September’s drop in wages suggests more of the same.

Over the past year, the cost of food and housing has gone up, so paychecks have had to stretch further. The annual inflation rate dropped to 1.7 percent in August, far lower than the high of 2.9 percent in July 2018 (based on the Consumer Price Index) for the past seven years.

When you take inflation into account, workers’ real wages only grew about 1.2 percent over the past year. I will repeat this again and again: During the longest economic expansion in US history, with record-low unemployment, workers are only making 1.2 percent more than they did a year ago, after adjusting for inflation.

While paychecks are growing more than they did last year, the numbers are still pitiful when you compare them to the sky-high payouts corporate CEOs are getting. For example, CEOs got an average $500,000 pay bump in 2018, while the average US worker got an extra $1,000 — barely enough to outpace inflation.

Frustration over stagnant wages is also the major underlying factor behind widespread worker strikes across the country in places like California, Michigan, Illinois, and Missouri. In August, 20,000 AT&T workers went on strike across the South to force the company to negotiate better wages and benefits. After three days on strike, the company agreed to keep bargaining.

Nearly 50,000 General Motors employees have been on strike for three weeks right now. One of the reasons they’re upset is that the company continues to hire temporary workers at half the cost of a regular employee.

The widespread labor unrest underscores how the Republican tax cuts did little to help working-class families, despite all the promises from congressional Republicans.

In response, voters in some states have forced businesses to give low-paid employees a raise. In November’s midterm elections, voters in Missouri and Arkansas overwhelmingly approved ballot measures that will raise the minimum wage for nearly 1 million workers across both states. And as a result of the new laws, more than 5 million low-wage workers in 19 states got pay raises on January 1.

Those laws have helped boost wages so far in 2019, but not by much.

Demand for meatless meat is skyrocketing during the pandemic
Watch: the 3 best VMAs 2018 performances
Democrats want to check Trump on Iran — but Congress can only do so much
The court decision dismissing charges against Michael Flynn is astonishingly bad
Peacock, NBC’s new streaming service, won’t have Baby Yoda. But it will have ads.
Andrew Yang suspends his 2020 presidential campaign