The Great Barrington Declaration’s “herd immunity” strategy is a nightmare 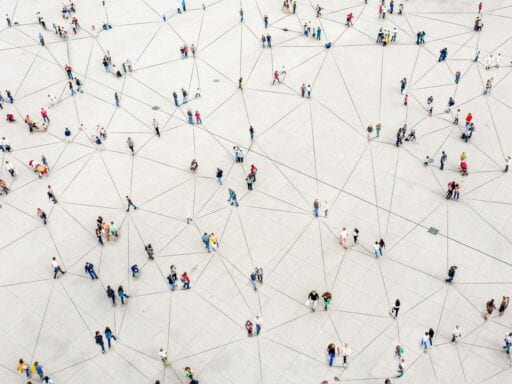 It’s been eight, long, devastating months in the United States since the pandemic began. A staggering number of people have been sickened and hospitalized, and hundreds of thousands have died. People are isolated from those they care about, businesses are hurting, education has suffered, and so has our mental health.

It’s understandable, then, why the concept of ending the pandemic through building up herd immunity continues to hold allure. The proponents of herd immunity, who want all schools and businesses to reopen and sports and cultural activities to resume, say they want to ease the burden of the pandemic: “Those who are not vulnerable should immediately be allowed to resume life as normal,” reads a document called The Great Barrington Declaration, the latest vessel for this hope that life can return to normal for some before community spread of the virus is contained.

The authors of the Declaration — a trio of scientists from Harvard, Stanford, and Oxford, whose views, we should say, are outside the mainstream — call their approach “focused prevention.” The big idea is that we could let the virus spread among younger, healthier people, all the while making sure we protect older, more vulnerable people.

The declaration attracted 10,000 signatures (though the names of those who signed have not been made public) and has fans on the right and at the White House, where pandemic adviser Scott Atlas (who is a neuroradiologist, not an epidemiologist) has previously suggested this is a good thing to do. “When younger, healthier people get infected, that’s a good thing,” he said in a July interview with a San Diego local news station.

And yet there are ample reasons to fear that this “focused prevention” strategy of allowing the young and healthy to get sick to build population immunity to the virus would never work. And it could cause devastating unintended consequences.

“It just presumes this level of control that you can really wall off people who are at high risk,” Natalie Dean, a University of Florida biostatistician, told me earlier this year. Society doesn’t neatly separate itself into risk groups. We’ve seen outbreaks that have begun in younger populations move on to infect older ones.

The Barrington Declaration has been getting a lot of attention in the news and through viral social media posts. That’s caused alarm among scientists who see through its thin scientific reasoning. One group has written a counter piece in the Lancet.

“Prolonged isolation of large swathes of the population is practically impossible and highly unethical,” a group of scientists representing the mainstream thinking writes in a letter they are calling the John Snow Memorandum (named after the “father” of modern epidemiology).

It’s unethical for many, many reasons. Here’s why.

There are multiple dimensions that put someone at risk for severe Covid-19. It’s not just age. Conditions like diabetes and hypertension exacerbate risk. So do societal factors like poverty, working conditions, and incarceration.

Severe Covid-19 and coronavirus deaths have disproportionately impacted minorities and the less advantaged in the United States. This herd immunity strategy risks either isolating these already marginalized communities even further from society since they may not feel safe in a more relaxed environment. Or even worse: We risk sacrificing their health in the name of building up a level of population immunity sufficient to control the virus.

Harvard epidemiologist Bill Hanage underscores a gross inequality here: Herd immunity achieved through natural infection would come at an undue cost to some of the most vulnerable groups in the country.

“Because of the fact that some groups are more at risk of becoming infected than others — and they are predominantly people from racial [and] ethnic minorities and predominantly poor people with less good housing — we are effectively forcing those people to have a higher risk of infection and bear the brunt of the pandemic,” Hanage says.

I think about my grandmother, who recently died at age 94, of her final years of life in a nursing home, where she spent most of her time confined to her room, due to Covid-19 precautions. “I’m so lonesome here,” she would say when I called. Older people don’t deserve to be written off, isolated further, and forgotten.

Or as the John Snow memorandum (which Hanage signed) states: “Such an approach also risks further exacerbating the socioeconomic inequities and structural discriminations already laid bare by the pandemic.”

Typically, the term herd immunity is thought of in the context of vaccination campaigns against contagious viruses like measles. The concept helps public health officials think through the math of how many people in a population need to be vaccinated to prevent outbreaks.

“Never in the history of public health has herd immunity been used as a strategy for responding to an outbreak, let alone a pandemic,” World Health Organization Director-General Tedros Ghebreyesus said this week. “It is scientifically and ethically problematic.”

Let’s count the reasons why.

1) Even if we could limit exposure to the people least likely to die of Covid-19, this group still can suffer immense consequences from the infection — like hospitalization, long-term symptoms, organ damage, missed work, and high medical bills. The long-term health consequences of the virus have barely been studied. When we expose younger, healthier people to the virus (on purpose!), we don’t know what the consequence of that will be down the road.

2) We have a lonnnnnngggggg way to go. There’s no one, perfect estimate of what percentage of the US population has already been infected by the virus. But, by all accounts, it’s nowhere near the figures needed for herd immunity to kick in. Overall, a new Lancet study — which drew its data from a sample of dialysis patients — suggests that fewer than 10 percent of people nationwide have been exposed to the virus. No one knows the exact threshold percentage for herd immunity to kick in for a meaningful way to help end the pandemic. But common estimates hover around 60 percent.

So far, there have been more than 200,000 deaths in the United States. There’s so much more potential for death if the virus spreads to true herd immunity levels. “The cost of herd immunity [through natural infection] is extraordinarily high,” Hanage says.

Look at what happened to Manaus, Brazil, an Amazonian city of around 2 million people, which experienced one of the most severe Covid-19 outbreaks in the world.

Researchers now estimate between 44 percent and 66 percent of the city’s population was infected with the virus, which means it’s possible herd immunity has been achieved there. (This research has yet to be peer-reviewed.) But during their epidemic period, there were four times as many deaths as normal for that point in the year.

3) Scientists don’t know how long naturally acquired immunity to the virus lasts or how common reinfections might be. If immunity wanes and reinfections are common, then it will be all the more difficult to build up herd immunity in the country. In the spring, epidemiologists at Harvard sketched out the scenarios. If immunity lasts a couple of years or more, Covid-19 could fade in a few years’ time, per their analysis published in Science (much too long a time to begin with, if you ask me). If immunity wanes within a year, Covid-19 could make fierce annual comebacks until an effective vaccine is widely available.

At the same time, we don’t know how long immunity delivered via a vaccine would last. But, at least a vaccine would come without the cost of increased illnesses, hospitalizations, and long-term complications.

If immunity doesn’t last, “such a [focused prevention] strategy would not end the COVID-19 pandemic but result in recurrent epidemics, as was the case with numerous infectious diseases before the advent of vaccination,” the John Snow Memorandum says.

4) By letting the pandemic rage, we risk overshooting the herd immunity threshold. Once you hit the herd immunity threshold, it doesn’t mean the pandemic is over. After the threshold is reached, “all it means is that, on average, each infection causes less than one ongoing infection,” Hanage says. “That’s of limited use if you’ve already got a million people infected.” If each infection causes, on average, 0.8 new infections, the epidemic will slow. But 0.8 isn’t zero. If a million people are infected at the time herd immunity is reached, per Hanage’s example, those already infected people may infect 800,000 more.

There are a lot of other unknowns here, too. One is the type of immunity conferred by natural infection. “Immunity” is a catchall term that means many different things. It could mean true protection from getting infected with the virus a second time. Or it could mean reinfections are possible but less severe. You could, potentially, get infected a second time, never feel sick at all (thanks to a quick immune response), and still pass on the virus to another person.

The mainstream scientific consensus on fighting the pandemic has never been calling for endless lockdowns and an endless choking of our economy.

Rather, health experts have argued that the first thing we need to do is manage community transmission of the virus, and then keep new huge outbreaks from forming with aggressive testing, contact tracing, and interventions like universal masking, better indoor ventilation, and social distancing.

But we never managed to get the virus down to containable levels. (It’s not impossible; other countries like South Korea and Japan have.) So here we are.

The last thing that strikes me as really cynical about the Great Barrington Declaration is it avoids discussing how the government could have done more to help people suffering the downstream economic impacts of the pandemic. Instead of forcing restaurants to choose between their livelihoods and putting their customers and staff at risk, they could have been paid by the government to remain closed. Instead of letting people face the stark psychological insecurity of a missing paycheck, Congress and the White House could have extended unemployment insurance benefits by now (they haven’t).

For so many reasons, the Great Barrington Declaration — like all herd immunity proposals — just feels like giving up, while sacrificing young people’s health and the health of the marginalized. Don’t give up. There’s no easy way out.

Congress is forcing cities to defund the police, firefighters, and schools
Why we can’t stop fighting about cancel culture
Remember Brexit? It just got one step closer to happening.
How statements by Republican lawmakers have made things harder for Trump’s legal team
Bernie Sanders ends his second bid for the presidency
The brilliance of Alexandria Ocasio-Cortez’s bold campaign design