The Kentucky Kroger shooting may have been a racist attack 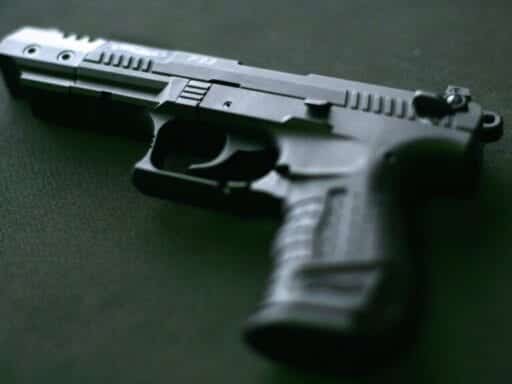 Police are still investigating a motive, but some evidence suggests the suspect may have been motivated by race.

On Wednesday, a white man shot and killed two black people at a Kroger supermarket in Jeffersontown, Kentucky. Now evidence has surfaced that suggests the shooter may have been motivated by race.

Police have not identified a motive. The suspect, 51-year-old Gregory Bush, is in custody. According to the New York Times, Bush shot and killed 69-year-old Maurice Stallard in the Kroger store, then walked out of the store and shot and killed 67-year-old Vickie Lee Jones in the store parking lot. An armed bystander shot at Bush; then Bush tried to escape before he was caught by police.

Police said that prior to the Kroger shooting, Bush had tried to get into a predominantly black church, the First Baptist Church of Jeffersontown. About eight to 10 people were in the church at the time, Billy Williams, the church administrator, told the Times. He reportedly aggressively pulled on the church’s front doors but drove off after he couldn’t get in.

The details bring back the specter of the Charleston, South Carolina, church shooting, in which a self-described white supremacist shot and killed nine people — all of whom were black — at a predominantly black church.

In an interview with local media, the son of a witness also claimed that the Kentucky shooter told his dad, “Whites don’t kill whites.” (Most murders of white people are committed by other white people, according to FBI data.) Police have not confirmed the claim.

Bush had a criminal history, including assault and domestic violence. He also had mental health issues, which he was seemingly public about on social media. And he may have made racist comments before — repeatedly using the n-word to insult his ex-wife, based on court records reported by the local news outlet WDRB.com.

Police are investigating whether Bush legally obtained the gun he used in the shooting, given his past. Bush faces two counts of murder and 10 counts of wanton endangerment, although the charges could change as the investigation continues.

One charge that could be added, if police find the crime to be racially motivated, is a hate crime charge. To prove that, police and prosecutors would have to demonstrate that Bush’s specific crimes — meaning the murders and shooting — were motivated by prejudice.

Over the past two decades, the FBI reported between 6,000 and 10,000 hate crimes each year in the US. But when the US Bureau of Justice Statistics (BJS) surveyed large segments of the population between 2007 and 2011 to try to gauge the real number of hate crimes, it concluded that there are nearly 260,000 such crimes annually.

So the FBI, although it’s supposed to be our most reliable source of current nationwide crime data, is potentially undercounting hate crimes by a magnitude of more than 40 times. Yet short of the BJS doing another in-depth survey and analysis on this issue, the FBI provides the best national data we have for more recent years.

The result, though, is we really don’t have a good idea of how common potentially racist attacks like Bush’s may be — and whether such attacks are becoming more common.