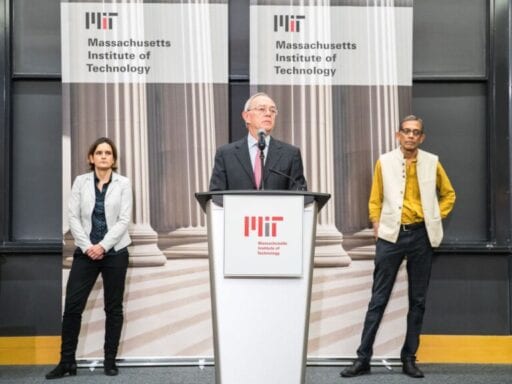 In the last 20 years, development economics has been transformed. These researchers are the reason why.

The Nobel Prize committee has announced the 2019 winners of the prize in economics: MIT economists Esther Duflo and Abhijit Banerjee, and Harvard economist Michael Kremer. Duflo, at age 46, is the youngest person ever to win a Nobel Prize in economics and only the second woman.

The three researchers work on global poverty, studying interventions in a range of areas: combating teacher absenteeism, direct cash transfers to the extreme poor, policing drunk driving, and studying the effects of access to textbooks on students, among others.

They’ve also made extraordinary contributions to developing the methods used to study these subjects, with a focus on randomized controlled trials (RCTs). In a randomized trial, the intervention is delivered in one area but not to a control area, enabling researchers to identify which effects are the result of the intervention. Their work has been enormously influential, pushing other researchers in the field to conduct higher-quality studies.

In 2003, Duflo and Banerjee co-founded MIT’s Abdul Latif Jameel Poverty Action Lab (J-PAL), now a global network for antipoverty research around the world. They also wrote the book Poor Economics (2011) about the choices people make when they’re poor, why those choices make sense, and how we can adjust policy to help address poverty. A second book, Good Economics for Hard Times, will be released later this year.

Professors Esther Duflo and Abhijit Banerjee, co-directors of MIT’s @JPAL, receive congratulations on the big news this morning. They share in the #NobelPrize in economic sciences “for their experimental approach to alleviating global poverty.”

“The research conducted by this year’s Laureates has considerably improved our ability to fight global poverty,” the committee stated in a press release. “In just two decades, their new experiment-based approach has transformed development economics, which is now a flourishing field of research.”

That’s not an overstatement; in fact, it’s hard to overstate the impact of Duflo, Banerjee, and Kremer on their field. Kremer’s randomized controlled trials of educational interventions in Kenya in the mid-1990s — one of the achievements specifically recognized by the Nobel committee — represented an entirely new way to think about global development.

Before Kremer’s breakthrough work, economists largely focused on big questions about national economic policy in poor countries — questions that were hard to satisfyingly answer and that didn’t lend themselves to obvious tests or solutions. Kremer broke down the questions he was interested in until he had concrete policy proposals to test and then ran a series of experiments to determine which ones worked.

Since then, the approach has been expanded and refined and has utterly transformed the field. Development economics research using the tools and methods Duflo, Banerjee, and Kremer established and improved on is now conducted by hundreds of researchers and used by governments and NGOs all over the world to make critical policy decisions — from how to improve education to how to assist their poorest citizens to how to make a public health intervention work.

The prize, Duflo said in a news conference after the announcement, “really reflects the fact that it has become a movement, a movement that is much larger than us.”

“Few if any other methodological innovations in economics have so radically altered the everyday research practices of a field in such a short space of time,” Pamela Jakiela observed at the Center for Global Development.

The Nobel committee’s statement highlights a few examples of the laureates’ research that was particularly impactful, remarkable, and important: first, a series of mid-1990s RCTs on schooling in Kenya by Kremer and co-authors; second, work by Duflo and Banerjee on variation in productivity within poor countries, which has implications for why they stay poor; and third, the laureates’ work on improving these experimental methods and figuring out how the results of the studies they conducted can be generalized to other areas.

Those three areas of research were all important, and the laureates’ peers quickly chimed in with additional examples of highly impactful research. Vox has covered Banerjee’s work on cash transfers to the poor, Banerjee and Duflo on “graduation” anti-poverty programs, and Kremer on deworming.

“Our goal is to make sure that the fight against poverty is based on scientific evidence,” Duflo said.

The transformation of development economics into an intensely empirical field that leans heavily on randomized controlled trials hasn’t been uncontroversial, and many of the responses to the Nobel Prize announcement acknowledge that controversy.

Critics have complained that randomization feels much more scientific than other approaches but doesn’t necessarily answer our questions any more definitively. Others worry that the focus on small-scale questions — Do wristbands increase vaccination rates? Do textbooks improve school performance? — might distract us from addressing larger, structural contributors to poverty.

But while new innovations and new methods will doubtless be needed to continue progress against poverty, the practical impact of Kremer, Duflo, and Banerjee’s work has already been enormous. As the committee wrote, “The Laureates’ research findings — and those of the researchers following in their footsteps — have dramatically improved our ability to fight poverty in practice. As a direct result of one of their studies, more than five million Indian children have benefitted from effective programmes of remedial tutoring in schools.”

The Nobel in economics — technically called the Sveriges Riksbank Prize in Economic Sciences in Memory of Alfred Nobel — was not established by Alfred Nobel in his will in 1895 but was established in 1968 by a donation from Sweden’s central bank and is administered and awarded with the other Nobel Prizes.

Apple’s new streaming service is still mostly defined by what we don’t know
Woody Allen is suing Amazon for dropping him over “baseless allegations”
Watch an AI learn to play hide-and-seek
Why Republican women candidates had such a strong year
Minnesota law enforcement isn’t “contact tracing” protesters, despite an official’s comment
The Trump tax scandal is an indictment of the president — and the system