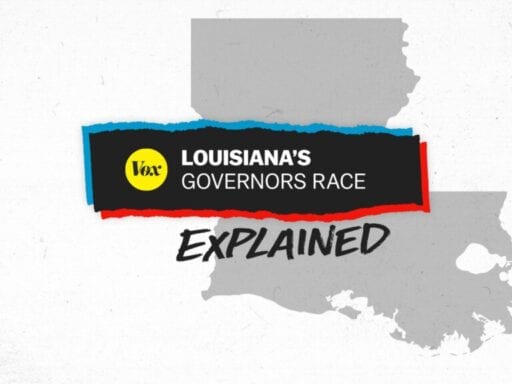 The outcome of this race could show how much influence Trump still does — or doesn’t — have.

Republicans’ recent loss in the Kentucky governor’s race didn’t reflect well on the president, but the real proving ground of President Donald Trump’s influence might just be the upcoming race in Louisiana this weekend.

The southern state is the third and final one to vote on its governor this November, and it’s the latest one where the Republican candidate has tied himself closely to the president. Republican challenger Eddie Rispone is taking on incumbent Gov. John Bel Edwards, the rare Democratic state executive in the Deep South, and he’s leaning heavily on Trump to do so.

Edwards first won the governor’s seat by staging a major upset in 2015, when he defeated former US Sen. David Vitter by a 55 to 44 percent margin. At the time, his surprising win was the result of a number of factors: Bobby Jindal, the prior Republican governor, was immensely unpopular, Vitter ran a highly negative campaign that alienated Republicans, and Edwards steadily made the case for himself while effectively hammering his opponent on a prostitution scandal.

This time around, the circumstances are slightly different. While Edwards is credited with some major achievements during his first term, including Medicaid expansion and a budget surplus, he’s now going up against both the dominance of Republicans in the state and voters’ commitment to Trump. In the month leading up to the election, Trump — who won Louisiana by 20 points — has paid multiple visits. Edwards will need to rally Democrats, including a strong base of African American voters, along with a contingent of moderate Republicans, in order to hold onto his seat.

Polling from early October gives Edwards an edge, though more recent surveys show a tight race. The Cook Political Report has moved its prediction of the race from “Lean Democratic” to “Toss Up.”

The final outcome of Saturday’s race has some big implications: It could demonstrate whether Democrats can maintain a foothold in the Deep South, while also indicating how much pull a Trump endorsement still has. Both are in question following the losses of a popular Democrat in Mississippi’s gubernatorial race and the defeat of a Trump-backed Republican incumbent in Kentucky’s.

John Bel Edwards has cast himself as a conservative Democrat, who is anti-abortion and pro-guns

Edwards’s appeal to potential independent and crossover voters is that he’s basically as close to a Republican as a Democrat can be.

He’s known for signing a law banning abortion as early as six weeks, one of the most stringent in the nation, and he’s openly touted his support for gun rights. His own biography is also widely seen as broadening his reach: He’s a US Army veteran who attended West Point, has close family ties to top law enforcement officials, and his Catholic faith is a cornerstone of his candidacy.

“On the social issues, he’s leaving nothing for the Republicans to hit him with,” says Joshua Stockley, a political science professor at the University of Louisiana at Monroe. And although Edwards has obviously not received Trump’s endorsement, he has sought to downplay his disagreements with the president, and was even invited to a White House state dinner last year.

While Edwards’s conservative positions have prompted outcry from his base at times, experts in the state don’t see these positions deterring Democratic voters too much, largely because they face a choice between him and someone even more to the right on a range of issues. The governor’s seat is also the party’s only hope for any power over policy as the Republican majority in the state legislature is poised to grow following this year’s elections.

“Rispone’s just doing the, ‘He’s a liberal Democrat that loves Pelosi and Obama,’” says Stockley. “He’s throwing out generic Republican cliches that can be used in any election in any state anywhere.”

Rispone, a successful business executive, is known for founding a specialty contracting company, serving as a longtime donor to conservative causes, and spending millions of his own money into his campaign. He’s argued that he is best positioned to advance Republican priorities, like tax cuts, and, of course, that he’s tightly aligned with the president.

“Louisiana cannot take four more years of a liberal Democrat governor raising your taxes, killing your jobs, attacking your industries, and taking money from open borders extremists,” Trump argued at a rally while stumping for Rispone.

Trump’s visits to the state matter quite a bit, says Christie Maloyed, a political science professor at the University of Louisiana at Lafayette.

“There was not significant outreach by the Edwards campaign during the primary election, whereas for the primary, the Republicans were extremely energized, bringing in Mike Pence, Donald Trump Jr., and Donald Trump himself,” she told Vox, noting that the visits translated to a surge in turnout during the state’s jungle primary, compared to the one in 2015.

Because it’s taking place after both the Mississippi and Kentucky races, Louisiana is effectively the third litmus test of Trump’s endorsement in a Republican state. How much a Trump endorsement can affect a race is a key question going into the 2020 election, which will feature dozens of Republicans on the ballot, some of whom will be counting on the president’s assistance in competitive statewide races.

While experts caution that the president’s support isn’t able to save flawed candidates, like Kentucky Gov. Matt Bevin, who lost his reelection bid after angering various constituencies, a Rispone loss would mean that two of three statewide officials Trump has backed in recent races have failed.

Although these outcomes can’t entirely be attributed to the president, they certainly wouldn’t be a positive sign for Trump, even if the specific candidacies of Rispone and Bevin weren’t that strong. Additionally, Edward’s reelection could suggest that Democrats shouldn’t cede southern states completely, encouraging the party and its donors to invest more heavily in future races.

“A John Bel win would mean that the Democratic moderate is not dead in the South,” says pollster and political strategist John Couvillon. “You don’t need to write the South off a hundred percent of the time.”

But while an Edwards victory would be significant symbolically and could build momentum for future power shifts, at the present its effect on the day-to-day lives of Louisianans would be limited.

This is because Louisiana, in particular, has seen Republicans grow increasingly more dominant with every election cycle, so much so that members of the party are hoping to establish a supermajority in the state’s House and Senate following this cycle. If they hit this threshold, Republican lawmakers could theoretically overturn potential vetoes were Edwards to stay in office, giving them broad power to dictate policy. And perhaps of greater significance to Democrats in the state, a Republican legislative supermajority would have significant sway in redrawing district lines following the 2020 census.

Much of the state’s shift in favor of Republicans has been due to rural districts moving toward conservatives, with a number of those legislative seats flipping from Democrat to Republican this cycle. A district map redrawn by Republicans could help ensure these shifts are permanent.

The gubernatorial election this week will determine whether Republicans will have to reckon with a Democratic governor as they seek to make these moves.