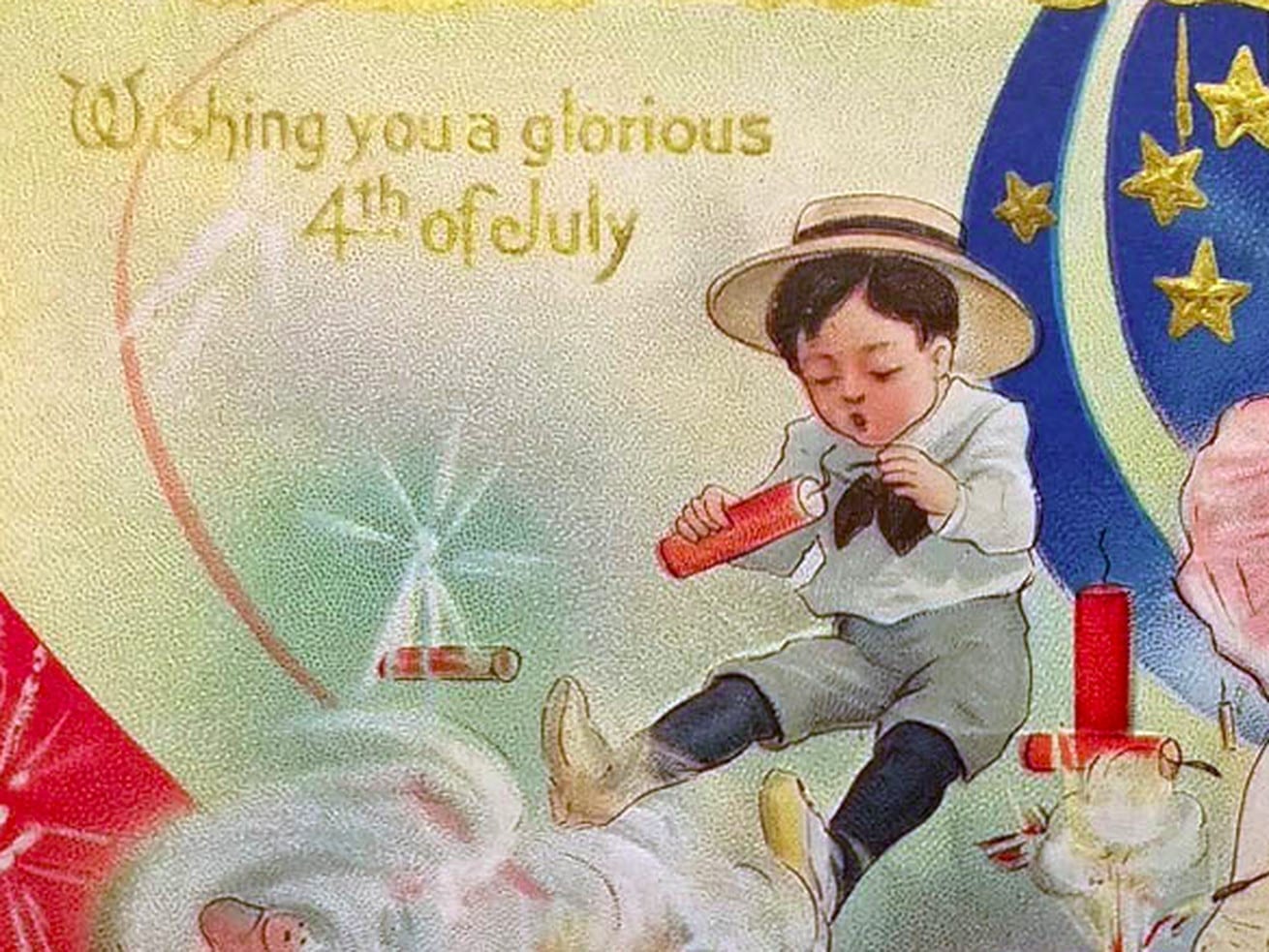 What happens when you mix teenage boys with fireworks, in one chart.

Founding Father John Adams wanted Americans to blow stuff up to celebrate the 4th of July. As he wrote to his wife, Abigail, on July 3, 1776:

it ought to be solemnized with Pomp and Parade, with … Games, Sports, Guns, Bells, Bonfires and Illuminations from one End of this Continent to the other from this Time forward forever more.

And blow stuff up we did! By 1900, fireworks injuries had become so common around July Fourth that doctors dubbed the resulting infections “patriotic tetanus.”

We now have a vaccine for tetanus (which is great because tetanus — a.k.a. “lockjaw” — sounds horrible). But the Fourth is still a dangerous holiday. According to the US Consumer Product Safety Commission, fireworks were implicated in 12,900 hospital visits, resulting in eight deaths in 2017. There were 800 hospitalization from firecrackers, 1,200 from sparkler injuries, 400 from Roman candles, and 300 from bottle rockets (if you needed clarification, a device called a “bottle rocket” is not perfectly safe).

So who is most likely to get injured from all this fun? Exactly who you think.

We can call this next graph “teenage boys are idiots, in one chart”

This chart represents several years of fireworks-related hospitalizations data (from 2006 to 2010), as compiled in a 2014 study in the Journal of Surgical Research. The trend is clear: Teenage boys and young men hurt themselves with fireworks way more than everyone else.

Men and boys, overall, accounted for 76 percent of all fireworks-related hospital admissions in the study. Last year, they made up 61 percent of the admissions. Improvement!

(The same was true last year: The CPSC estimates 67 percent of all the fireworks injuries last year took place between June 16 and July 16.)

The most common fireworks injures are to the hand, wrist, or finger. Fifty-seven percent of injuries involve burns, 16 percent come from bruises, and 15.8 percent are for “open wounds.”

All told, these pyrotechnics are a pretty significant hazard. “Firework-related injuries remain a public health problem,” the Journal of Surgical Research study concludes.

The fireworks industry, on the other hand, claims that its products have become safer. And to be fair, even as more and more states have legalized fireworks in the past few years, the number of injuries has not jumped significantly. In 2001, 10 states had a total ban on consumer fireworks. Now there is just one: Massachusetts. (The patchwork of individual state and local laws means kids as young as 12 can buy fireworks in some states, while other areas bar any minors from purchasing.)

In any case, you don’t need a peer-reviewed study to know that explosives don’t make for risk-free toys. Stay safe!

Systemic racism, explained (to kids)
The WHO is concerned Tanzania may be hiding Ebola cases
Can Captain America serve two dramatically different versions of America?
What it’s like working at the polls in the middle of a pandemic
What to expect at Supreme Court nominee Amy Coney Barrett’s confirmation hearings this week
A promising drug to slow the progression of Alzheimer’s was just unveiled