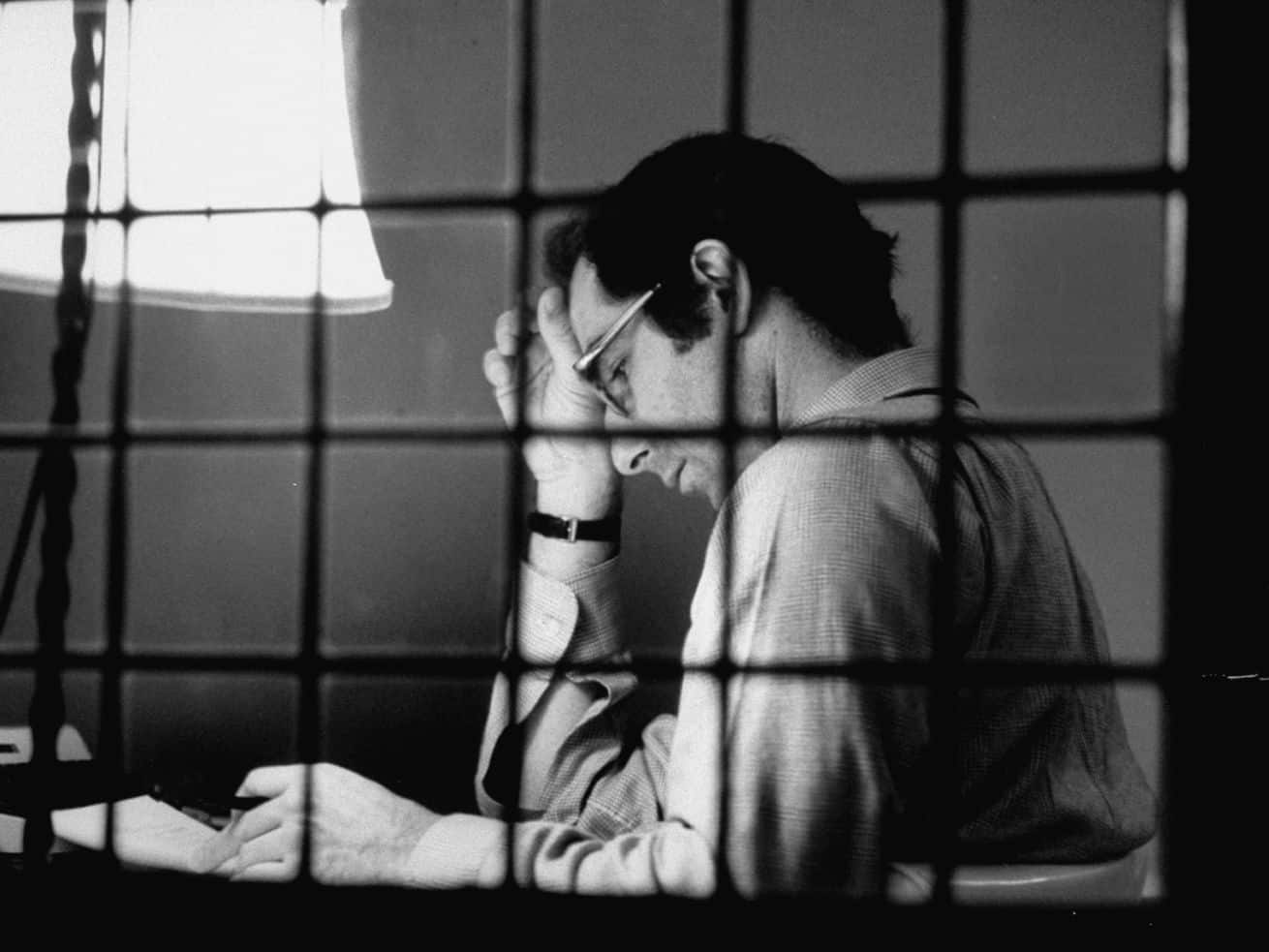 Blake Bailey, the author of a much-discussed new biography of Philip Roth, has been accused of sexual assault and grooming in a series of articles by the New York Times and the Times-Picayune. On Sunday, Bailey was dropped by his literary agency, the Story Factory, and on Wednesday, Bailey’s publisher W.W. Norton announced that it would cease to print or promote Bailey’s biography.

The allegations against Bailey have swept across the literary world. In part, that’s because Bailey’s biography of Roth, himself an especially complicated figure in the post-#MeToo era, was so successful. The book led to profiles in major magazines and landed on the New York Times bestseller list, a rare feat for a literary biography.

And in part, that’s because the story of the allegations against Bailey involves so many major publishing figures, culminating in an accusation of a rape occurring in the home of one of the New York Times’s on-staff book critics. The story being told about Blake Bailey right now is one of publishing’s institutional power being put to the service of powerful men.

In his biography of Philip Roth, Blake Bailey treats his subject’s misogyny with sympathetic accord

When Bailey’s Roth biography came out on April 6, it was greeted with unusual acclaim. In the New York Times, Cynthia Ozick described it as “Dostoyevskian”; the Washington Post declared it “a triumph.” We might explain that reception through Bailey’s subject: Few living authors command the attitude of mythic reverence enjoyed by mid-20th-century white men of letters, and of those white men, Roth is the undisputed king.

Moreover, Roth had happily cooperated with Bailey on this biography before his death in 2018. Roth even hand-selected Bailey after parting with his previous biographer, whom Roth fired in 2009 over concerns that he wouldn’t have enough control over the final outcome of the book. (Bailey was nominated for a Pulitzer in 2009 for his biography of John Cheever.) So Bailey’s biography of Roth was, in a way, Roth’s final project: his legacy, enshrined just as he had asked it should be at last, by a biographer who was celebrated in his own right.

The only false note in this otherwise harmonious arrival was an early review in the New Republic by Laura Marsh. Roth, Marsh noted, had a history of vicious misogyny and abuses of power toward women in his lifetime. A brief and non-exhaustive list might note that Roth pursued his female college students for sex; pushed his wife to evict her 18-year-old daughter, over whose weight he obsessed; made advances on his stepdaughter’s friend, and then, after she refused him, made a point of insulting the girl every time she dropped by the house.

There is a long-running debate in literary circles about whether the misogyny in Roth’s books reflects his own; if his male characters’ disdain toward women is intended to be aspirational and cool, or whether the misogyny of his characters is meant to be read satirically, as yet another damning detail of their smallness and viciousness. But by this point, few dispute the idea that Roth was, in general, pretty terrible to a lot of the real women he interacted with.

Part of Bailey’s project appears to be rescuing Roth from the charges of misogyny against him. And Marsh notes that when Bailey defends Roth, he does so very much on Roth’s own terms, which is to say badly.

Bailey takes the time to note, “like an adoring wingman,” that Roth’s much-despised first wife had a “withered and discolored” vagina that made Roth “frightened” to go down on her. Other women he treats as threats menacing Roth’s artistic project. “Women in this book are forever screeching, berating, flying into a rage, and storming off,” Marsh writes, “as if their emotions exist solely for the purpose of sapping a man’s creative energies.” And Roth’s insistence on repeatedly insulting that poor teenage friend of his stepdaughter who turned him down, Bailey ascribes to an “impulse to mock a certain kind of bourgeois piety.”

“In Bailey, Roth found a biographer who is exceptionally attuned to his grievances and rarely challenges his moral accounting,” Marsh concludes. “Yet the result is not a final winning of the argument, as Roth might have hoped. … This sympathetic biography makes him a spiteful obsessive.”

Marsh’s review helped develop a counternarrative of Bailey’s Roth biography. Instead of being a literary examination of one of the titans of American letters, she suggested, it was a piece of apologia for one man’s hatred of women. And the foreshadowing of that review would pay off just a few weeks later, when the first accusations against Bailey became public.

Three of Bailey’s former students say he initiated sexual encounters with him when they were adults. One alleges rape.

Bailey taught eighth-grade English at New Orleans’s Lusher Charter School in the 1990s. There, multiple students claim he singled out specific students as his “special girls,” with whom he established a rapport that included frequent jokes about how developed their bodies were, when they would lose their virginities, and how they were mature enough to read the book Lolita in the eighth grade.

In the Times-Picayune article, multiple former students describe reuniting with Bailey in their late teens and early 20s, only to have him forcibly initiate sex with them and then inform them that he has “wanted” them since they were in eighth grade. One woman, Eve Peyton, describes her encounter with Bailey as a rape, and says that he held her down while she repeatedly tried to push him away, only stopping when she informed him she was not on birth control.

All of the women who spoke to the Times-Picayune say they viewed their encounters with Bailey as fundamentally unbalanced because of their student-teacher relationship.

“Bailey … systematically groomed 12- and 13-year-olds,” said the now-deleted blog comment. “We cannot deny that he waited until we were no longer his students to cajole, coerce and rape us, and we also cannot deny the deep and lasting betrayal of trust that his actions ignited.”

In a statement from his lawyer to the Times-Picayune, Bailey has denied ever acting inappropriately toward a student or forcing himself on a woman. (Bailey did not reply to a request for comment from Vox.)

In an email to Peyton, Bailey wrote, “For what it’s worth, you weren’t in 8th grade when the night in question occurred.”

In the wake of the Times-Picayune article, Bailey’s literary agency, the Story Factory, dropped him. On Wednesday, his publisher, W.W. Norton, issued a statement saying that it planned to stop the 10,000-copy second printing of the biography it had already ordered, and that it would no longer be participating in advertising or media outreach for the book.

“These allegations are serious,” said Norton’s statement. “In light of them, we have decided to pause the shipping and promotion of Philip Roth: A Biography pending any further information that may emerge.”

On Thursday, the story took a new turn. The New York Times published an article detailing an explosive new rape allegation against Bailey at the home of one of the paper’s own book critics — and evidence suggesting that Norton knew of that allegation several years ago.

Publishing executive Valentina Rice told the New York Times that she met Bailey in 2015 at the home of New York Times book critic Dwight Garner, where both Rice and Bailey were staying for the night. (Rice is a frequent houseguest of Garner’s; Garner says he has no relationship with Bailey outside of having contracted him to write a few book reviews and that this was the only time he invited Bailey to his house.) Rice says after everyone had retired for the evening, Bailey entered the guest room where she was sleeping and raped her.

Rice says that she decided against reporting the incident to the police at the time, and the Times article is unclear as to when Garner learned about it. But in 2018, in part spurred by the Me Too movement, Rice did decide to let Norton know about the story, “in the interests of protecting other women.” So she sent a pseudonymous email to Norton president Julia A. Reidhead making her allegations known. In the email, Rice said she was happy to cooperate as Norton attempted to confirm the allegation, but asked that, although she thought it was likely Bailey would be able to figure out who she was, Norton commit to keeping her anonymous.

Rice says she received no response from Reidhead. Instead, a week later, she received an email from Bailey, who said Norton had forwarded him her note. (Norton did not respond to a request for comment from Vox.)

“I can assure you I have never had non-consensual sex of any kind, with anybody, ever, and if it comes to a point I shall vigorously defend my reputation and livelihood,” said the email.

There is a kind of exhausting sameness to the allegations against Bailey, and so the response from the publishing world has been a muted of course.

Of course the guy who defended the misogyny of one of American literature’s most infamous misogynists has been accused of violence against women. Of course the guy who’s accused of grooming his 12-year-old students allegedly plied them with Lolita, just like the last one. Of course he felt comfortable allegedly attacking a woman in the home of one of the most powerful men in publishing, whom by all accounts he barely knew. Of course his publisher knew about the accusations and just went along with the book deal anyway until the story went public. Of course the whole thing first went public in the still-read blog of a notorious misogynist.

Publishing is an industry that, like so many other American institutions, has tended to save its institutional power for famous white men. It is an industry that, for decades, uncritically treated the misogyny of Philip Roth’s characters as something aspirational, to be emulated, and the misogyny of Roth himself as an unfortunate or even comical footnote in the career of a great man, if it’s even mentioned at all. And so of course it exerted itself to try to save Roth’s legacy. And of course an alleged predator was comfortable operating within its environs.

Of course. All of it is horrible. And, horribly, none of it is shocking.