The spring equinox is Thursday: 8 things to know about the first day of spring 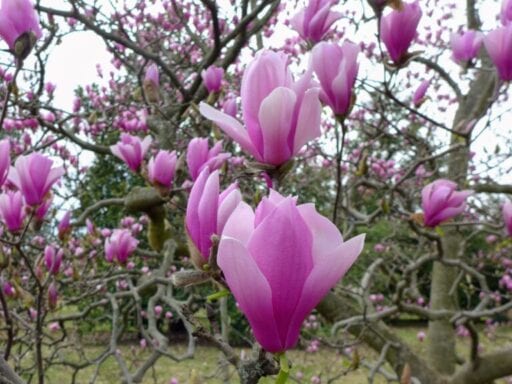 A brief, scientific guide to the first day of spring.

Technically speaking, the equinox occurs when the sun is directly in line with the equator. This will happen at 11:49 pm Eastern on Thursday. (With the equinox occurring so close to midnight, I’d argue to can choose to celebrate either today or tomorrow.)

This year’s equinox comes at a tough time, with a pandemic forcing many people to stay away from the people and activities they love. Maybe it helps to know that nature will still go on as planned. Flowers will still bloom, temperatures will still rise, and sunsets will creep later and later into the evening.

Below is a short scientific guide to the equinox.

The equinox, the seasons, and the changing length of daylight hours throughout the year are all due to one fact: The Earth spins on a tilted axis.

The tilt — possibly caused by a massive object hitting Earth billions of years ago — means that for half the year, the North Pole is pointed toward the sun (as in the picture below). For the other half of the year, the South Pole gets more light. It’s what gives us seasons.

Here’s a time-lapse demonstration of the phenomenon shot over the course of a whole year from space. In the video, you can see how the line separating day from night swings back and forth from the poles during the year.

2) How many hours of daylight will I get Thursday?

That daylight is longer than 12 hours on the equinox is also due to how we commonly measure the length of a day: from the first hint of the sun peeking over the horizon in the morning to the last glimpse of it before it falls below the horizon in the evening. Because the sun takes some time to rise and set, it adds some extra daylight minutes.

3) Is the equinox really the first day of spring?

Well, depends: Are you asking a meteorologist or an astronomer?

Meteorologically speaking, summer is defined as the hottest three months of the year, winter is the coldest three months, and the in–between months are spring and fall.

Here’s how the National Oceanic and Atmospheric Administration breaks it down:

Meteorologically speaking, spring for many parts of the US came very early this year (due to that other crisis):

Earliest spring (“first leaf-out”) on record for a large portion of the Southeast. Many areas are nearly 20 days earlier than average.

4) Over the entire year, does every spot on Earth get an equal number of daylight hours?

So does this mean the number of daylight hours — in total, over the course of the year — equal out to places where the seasonal difference is less extreme?

The answer to this question is somewhat surprising: Roughly speaking, everywhere on Earth sees a similar number of daylight hours every year. But the equator actually gets slightly fewer daylight hours than the poles.

As astronomer Tony Flanders explained for Sky & Telescope magazine, sunlight at the poles gets refracted more than sunlight at the equator. That refracting results in the visible disk of the sun being slightly stretched out (think of when the full moon is near the horizon and looks huge — it’s being refracted too). And the refracted, stretched-out sun takes slightly longer to rise and set. Flanders estimated that the equator spends around 50.5 percent of its year in sunlight, while the poles spend between 51.5 and 53 percent of their years in sunlight.

And, of course, this is how much sunlight these areas could potentially receive if the weather were always perfectly clear; it’s not how much sunlight they actually see, nor the strength of the sunlight that hits their ground. “Where are the places on Earth that receive the largest amount of solar radiation?” is a slightly different question, the answer to which can be seen on the chart below.

5) Can I really only balance an egg on its tip during on the equinox?

This is a myth. The amount of sunlight we get during the day has no power over the gravitational pull of the Earth or our abilities to balance things upon it. You can balance an egg on its end any day of the year (if you’re good at balancing things).

6) Is there an ancient monument that does something cool during the equinox?

During the winter and summer solstices, crowds flock to Stonehenge in the United Kingdom. During the solstices, the sun either rises or sets in line with the layout of the 5,000-year-old monument. And while some visit Stonehenge for the spring equinox too, the real place to be is in Mexico.

7) Are there equinoxes on other planets?

Yes! All the planets in the solar system rotate on a tilted axis and therefore have seasons. Some of these tilts are minor (like Mercury, which is tilted at 2.11 degrees). But others are more like the Earth (tilted at 23.5 degrees) or are even more extreme (Uranus is tilted 98 degrees!).

During Saturn’s equinox, its rings become unusually dark. That’s because these rings are only around 30 feet thick. And when light hits them head on, there’s not much surface area to reflect.

In 2018, NASA launched the Parker Solar Probe, a spacecraft that will come within 4 million miles of the surface of the sun (much closer than any spacecraft has been before). The goal is to study the sun’s atmosphere, weather, and magnetism and figure out the mystery of why the sun’s corona (its atmosphere) is much hotter than its surface. Still, even several million miles away, the probe will have to withstand temperatures of 2,500 degrees Fahrenheit.