The strange comfort of coronavirus commercials 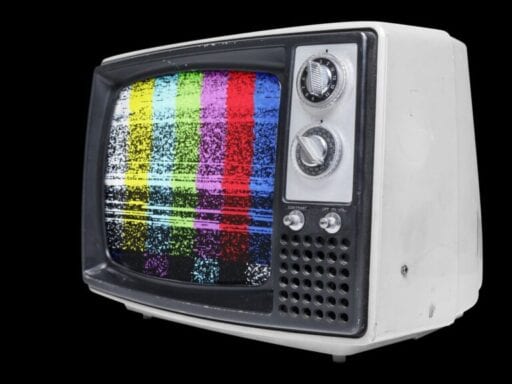 TV isn’t an escape from reality, if you’re watching with commercials. | Getty Images/iStockphoto

From McDonald’s to Verizon, companies advertise that they’re still here.

It seems like everyone has gone a little soft in the pandemic: Friends who usually traffic in purposely gross memes are sending wholesome aquarium videos; Jim Cramer is talking about sacrifice; New Yorkers are suddenly hot for Andrew Cuomo. For me, it’s that I’m finding comfort in commercials.

I’ve always watched a lot of TV, but it’s even more now. Slightly oddly for my urban millennial demographic, I’ve never avoided ads (I still subscribe to cable, plus I cheaped out on my Hulu subscription). It’s a little bit cultural anthropology, a little bit knowing your enemy, a little bit that I’m open to a quick, cheap cry thanks to a Subaru spot, a little bit being too lazy to fast-forward on my DVR. Commercials telegraph what companies want Americans to think about them and can’t help but show us what they really think about us. Advertisers will always try to reflect and influence our cultural moment, and this one is proving to be no exception.

Many companies are aiming for a message of explicit goodness, speaking to our sense of community and social responsibility. The conglomerate behind Budweiser is donating all of its sports and entertainment event budget to the Red Cross; GrubHub is imploring viewers to save local restaurants by ordering takeout; the Las Vegas tourism board — famous for “What happens in Vegas stays in Vegas” — stresses that your health and safety are more important than the lights and shows of Sin City. Ad after ad invokes ideas of family, and supporting workers, and all of us being in this together. That’s all fine, even nice as long as you can believe that a company’s values are the same ones they advertise, but it’s not what reassures me.

What reassures me is that even brands that just want to sell you stuff can’t avoid the virus. The Covid-19-aware ads feel surreal, like background details in a Don DeLillo novel, and the sheer volume of them is overwhelming. Pizza chains promise not to touch your pie, telecommunications companies pledge to keep us connected, a certain fast-food behemoth touts McDelivery. They create a constant drip of our new reality that only ends if you agree to turn off your TV or at least watch Netflix, for god’s sake.

After weeks of political figures downplaying the problem, and news stories about everyone from teens to boomers flouting the social distancing guidelines, a stream of reminders that give credence to the threat feels something like good to me. The world is different now; pretending that it hasn’t changed is dangerous. The ads keep me from forgetting; they keep me from that horrible jolt when you let yourself think everything is normal but then remember that it’s not.

The speed with which these commercials came together and the circumstances under which they were produced — presumably shooting as little new footage as possible — means many have a makeshift quality. A Toyota ad and a local New York Northwell Health ad share the same stock footage of a younger woman helping an older one out of a car (21 seconds into the Toyota spot, 10 into Northwell). Companies from Walmart to State Farm are using what looks like smartphone video, making everything feel like it might be an Apple ad. Domino’s recut its Jordan Fisher-starring, Risky Business-inspired campaign to be about contactless delivery (it works pretty well).

The original ad co-starred actor Curtis Armstrong as the pizza delivery guy, but now he is nowhere to be seen — by Jordan or the audience. “You can get pizza even while you stay indoors,” the narrator says, as the P.S. I Still Love You actor dances around in his boxers. These new voiceovers and edits can be a little janky, which is sort of appealingly human in and of itself. Everyone’s just out there doing their best.

It might be these same constraints — or the mood of the day, which, with empty streets and closed stores, is inescapable — that created the repetition we’re seeing now. Every other company wants you to know that they are here. Verizon communicates this sentiment (“We are here, and we are ready”) in a series of ads; one featuring Verizon Retail Specialists like Daniel and Jesús stresses that while the stores are closed, the company is available “24/7” online. Toyota uses it in the ad that overlaps with Northwell’s, promising “we are here for you now and in all the better days ahead.” (The ad, in total, uses four formulations of “we” “here” “for” and “you” in 30 seconds.)

Walmart is “here for you” with a series of talented and dedicated associates singing “Lean on Me,” who all, frankly, make Gal Gadot look even worse. GMC and Buick come together, along with Will Arnett’s voiceover, to tell us they’re “here to help,” and Indeed, the job listing search engine, uses the same line. McDonald’s simply says, “We’ll be here.”

This is the real message: We still exist. “For you,” or “to help,” sure, but most just “here!” — present, accounted for, still standing. Companies with means are volunteering for a vibe check. When it seems the entire economy is crumbling in a matter of weeks, it’s something they need to say. It’s probably something we need to hear.

There’s tension in lots of these ads. There are so many new problems now and still more yet to come, especially for workers. Will contactless delivery let people forget that a human being is risking their safety to bring them pizza? Daniel and Jesús may still have their Verizon jobs for now, but what about after a few more weeks of stores staying closed? How are Walmart’s singing salespeople being protected? Who is it that’s “here,” and who’ll be “here” tomorrow? At their heart, these are the same questions we have been asking for weeks (years, decades) about America’s lack of social safety net.

As novelist Arundhati Roy wrote for the Financial Times, pandemics have “forced humans to break with the past and imagine their world anew,” so it’s up to us how we walk into the future. The world is different now — just turn on the TV — and it’s going to be different after this. What we really need and value feels stark, and the brands keep telling us on purpose and by accident: safety, help, community, stability. We’ve paid lip service to these ideas for years, but they take on new meaning in crisis. Hopefully those of us who are here can make them mean something.