The US always picks the World Bank president. It’s time for that to end. 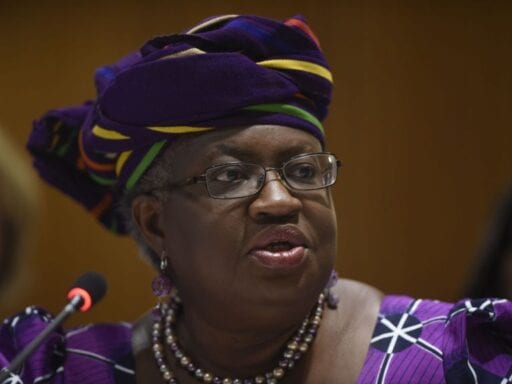 Poor countries should, finally, get a real seat at the table.

World Bank President Jim Yong Kim is leaving after seven years in office. It’s a sudden, premature departure of a leader who managed to make a lot of enemies within the organization.

But it’s also an opportunity for the world, and America, to make a change that’s long overdue. It’s time for the World Bank to be run by a non-American.

At the Bretton Woods financial institution’s founding in the wake of World War II, the United States and its European allies agreed to a simple division of labor: a European would run the International Monetary Fund and an American would run the World Bank. Sure enough, all 11 IMF managing directors to date have been European (and for 43 of the institution’s 73 years in existence, the managing director has been French), and all 12 World Bank presidents have been Americans.

American leadership over the Bank made some sense in its very early years, when it was principally a tool to provide credit for reconstruction efforts in Western Europe. Its first loan, to France, was effectively a bridge loan keeping French reconstruction efforts afloat as the country awaited Marshall Plan funds from the US. And America, as the least-destroyed ally in World War II, bought the most shares in the Bank and provided more capital than anyone else, and therefore had more voting shares in the Bank than anyone else. So American domination seemed somewhat natural. This is a bank, banks are businesses, and businesses are run by their shareholders.

But the World Bank outgrew that purpose relatively quickly. Western Europe recovered with impressive speed, so the international community was left with a financial institution designed to use its scale and influence to secure lower-cost loans for governments, but without its initial client base. Thus began the group’s slow transition from viewing itself as a tool to help countries get cheaper loans, to an advisory and financing body whose principal purpose is to reduce global poverty.

“The motto ‘Our dream is a world free of poverty’ is carved in stone at the Bank’s entrance,” the development economists Michael Clemens and Michael Kremer wrote in a 2016 essay on the Bank’s evolution. “The bright atrium of the Bank’s headquarters features only one monument — not a scale model of an infrastructure project financed by Bank capital, but a commemoration of the Bank’s first health project, in which its central role was one of convening and coordination. It is a sculpture honoring the effort to control river blindness, portraying a young African boy leading an older man afflicted by the disease.”

The Bank still makes loans. But these days, as Center for Global Development economist Justin Sandefur put it on Twitter, “most Bank staff … see policy advice as its core product.” Clemens and Kremer note that the Bank has played a big role in spreading conditional cash transfers and other social protection programs in poor countries, in pushing to make elementary/primary education universal, in partitioning and redistributing land, in promoting rural health centers, and in advising African countries to abolish “agricultural marketing boards” to which farmers were required to sell, reducing returns on their crops.

If the Bank’s core product is policy advice, then the fact that such advice comes from an organization dominated by the world’s superpower, which is not itself a poor country, raises profound questions about paternalism and the autonomy of African and other poor nations. It also raises the specter of neo-imperialism. There is a long history of rich countries like the US dominating the policymaking of poor nations. It is not a good history.

If the World Bank’s job is coordinating policy advice for poor countries, and the rapid gains against poverty in East and South Asia mean that “poor countries” is increasingly a synonym for “sub-Saharan African countries,” then it feels only just for sub-Saharan African countries to choose their own policy coordinator. That means breaking the tradition of having an American run the Bank and allowing an economist or other development professional from the Global South to take over.

A number of possible candidates come to mind, but perhaps the most obvious is Ngozi Okonjo-Iweala. The former foreign affairs and finance minister for Nigeria, a veteran of the World Bank bureaucracy, and an econ PhD from MIT, Okonjo-Iweala would be the first woman, the first African, and the second nonwhite person after Kim to run the bank. She ran for the job in 2012, with the support of South Africa, Nigeria, and other African governments, only to lose to Kim, who had the overwhelming backing of the United States.

Okonjo-Iweala is not the only name that comes to mind. Raghuram Rajan, the former IMF chief economist and Indian central bank governor who has been vocally calling for non-American leader of the World Bank for over a decade, would be eminently qualified, as would African Development Bank President Akinwumi Adesina. Columbia economics professor José Antonio Campo and current interim President Kristalina Georgieva are both from middle-income rather than poor countries (Colombia and Bulgaria, respectively) but would importantly break the American stranglehold nonetheless.

Who, specifically, gets the job matters. But just as important is that the new pick signal the Bank has changed, that it’s no longer a lending arm of the US government, and that its principal stakeholders are the poor country governments it aims to advise. It’s time the World Bank president reflected what the World Bank has actually become.