The X-Men: Dark Phoenix trailer shows the X-Men going up against one of their own 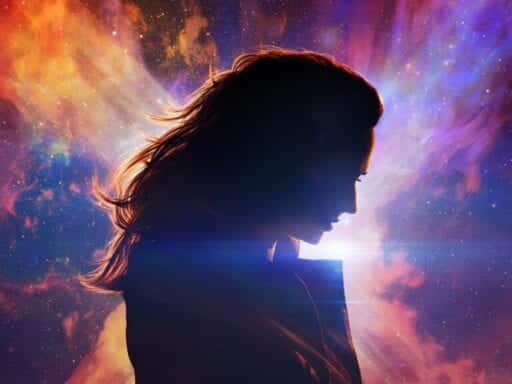 The Phoenix is coming.

In this installment, the X-Men will have to deal with a villain in their own ranks: Jean Grey (played by Sophie Turner in the upcoming film as well as its predecessor, Apocalypse). Directed and written by Simon Kinberg, Dark Phoenix adapts what is arguably the most essential X-Men story ever written: that of Jean and her relationship to the Phoenix, a powerful cosmic entity.

In the new trailer, we see a glimpse of Jean’s chaotic childhood trauma — a car crash that kills her parents. The trauma is part of a bigger narrative that paints Jean as capable of hurting her loved ones with her powers, and Jean’s struggle to keep that from happening.

This is in line with the original story in the X-Men comics, which was told in Uncanny X-Men’s late-’70s Phoenix Saga arc and 1980 Dark Phoenix Saga arc. The titular Phoenix bonded itself with Jean, giving her immense power as well as the ability to cause immense destruction. Ultimately, the story concluded with the death and sacrifice of Jean.

Elsewhere in the trailer, we see the return of Jennifer Lawrence, Michael Fassbender, and James McAvoy as Mystique, Magneto, and Professor X — the mentors of the younger, newly formed group of X-Men we saw at the end of Apocalypse (Jean Grey, Storm, Cyclops, and Quicksilver are the new recruits). However, a brief glimpse of a sad funeral scene, and a conspicuously absent Mystique during that sequence, suggests there’s no guarantee that all three will make it out of Dark Phoenix alive.

In Bryan Singer’s X2 (2003), we saw a glimpse of Jean (played in that film by Famke Janssen), who was saving her friends by sacrificing herself and tapping into a power she didn’t know she had. X2 was followed by the cinematic mess known as Brett Ratner’s X-Men: The Last Stand (2006), in which Janssen’s Jean returned as the Phoenix and was portrayed as a mentally unstable, extremely powerful villain. In both movies, the Phoenix was more alter ego than cosmic entity.

But the official synopsis for Dark Phoenix, as well as the shots we see in the trailer of the X-Men wearing space uniforms, suggest that Kinberg is taking a different route that’s truer to the comic books, by making the Phoenix a cosmic force that imbues Jean with immense power and immense instability. She and the Phoenix become one and she struggles to keep the cosmic being in check. And the result is the X-Men fighting the battle of their lives against one of their most powerful foes who is also one of their most beloved friends.

X-Men: Dark Phoenix is scheduled to hit theaters on February 14, 2019.

Religious leaders are becoming content creators to keep their followers engaged
How to survive quarantine with these 215 songs
Why German spies blew up this US island
Critics are panning Star Wars: The Rise of Skywalker for fan service and a lack of ambition
Millions of N95 masks keep surfacing. So why is there still a shortage?
The problem with Trump’s “reality show” pictures, according to Obama’s photographer