There’s finally a drug for postpartum depression. Too bad it’s $34,000. 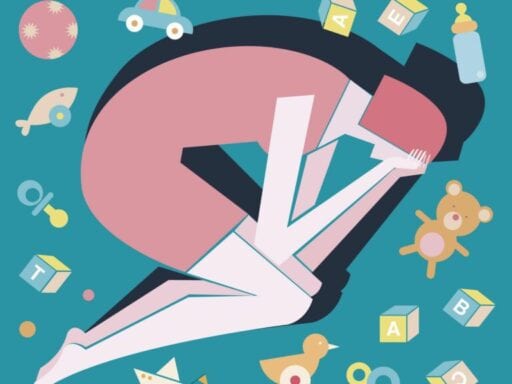 Brexanolone was designed to address an unmet medical need. It’s also complicated to use.

About one in seven women who have a baby go on to experience the black cloud of postpartum depression. More intense and persistent than the “baby blues,” PPD, as it’s known, can strain a mom’s ability to care for herself and her new baby, flooding her with a paralyzing, “breathtaking sadness,” as one mom called it.

To date, there’s been no antidepressant specifically designed for these new moms. So many women are prescribed drugs that were approved for the general population. That means it’s not clear they’re safe or effective, and they don’t always work.

On Tuesday, the Food and Drug Administration approved brexanolone. Sold under the brand name Zulresso, by Sage Therapeutics, it’ll be the first drug targeting moms with postpartum depression when it hits the market, probably in late June. The medication, which is given intravenously by infusion, seems to act much faster than other antidepressants: within three days as opposed to weeks. Women who received the drug in clinical studies also reported their mood was better for up to a month after the infusion.

“Postpartum depression is a serious condition that, when severe, can be life-threatening. Women may experience thoughts about harming themselves or harming their child,” said Tiffany Farchione, the acting director of the Division of Psychiatry Products in the FDA’s Center for Drug Evaluation and Research. “This approval … [provides] an important new treatment option.”

But the new drug also requires a lot of women: their time and money. And ultimately, brexanolone’s costs may be too prohibitive to reach the moms who’d benefit most.

The drug costs $34,000 per patient without insurance, according to Sage Therapeutics. Even if a woman prescribed the drug can find a way to pay for it, or her insurance company decides to cover it, she would need to check herself into a hospital or clinic that’s certified to deliver brexanolone, and stay connected to an infusion drip for 60 hours under medical supervision. Brexanolone also has side effects, including passing out. So women need to be constantly accompanied by someone else if they bring their newborns with them.

Still, for the subset of women with very severe postpartum depression, the drug could be a “game changer,” said Lucy Puryear, medical director of Center for Reproductive Psychiatry at Texas Children’s Pavilion for Women in Houston, who was not involved with any clinical studies of the drug. “These are women who often are thinking about dying,” she said. “They aren’t able to function, aren’t getting out of bed.” Let’s walk through what we know about brexanolone and why it’s garnered a mixed reception.

Postpartum depression is believed to be the most common complication of childbirth, affecting 15 percent of new moms shortly before or within a year after delivery. While the disorder can manifest differently in each woman, the National Institutes of Health describes symptoms including feeling sad and hopeless, crying for no reason, anxiety, over- or under-sleeping, and experiencing changes in appetite.

What sets PPD apart, however, is that new moms are recovering from a majorly stressful physical event — delivering a baby — and they’re also suddenly charged with caring for a new life. So symptoms of PPD can also include having trouble bonding with the baby and thinking about harming oneself or the child.

Moms who experience these feelings don’t always want to report them, since they may feel shame or stigma. Couple that with the fact that access to mental health care in this country is already abysmal, and it helps explain why the treatment rate for women with PPD can be so absurdly low: less than 15 percent.

To date, women with depression during pregnancy, or in the months after, have only had the treatments available to everybody with depression — counseling and antidepressants. But the drugs have come with some big question marks: Patients and doctors have never had clear answers on their efficacy and safety for moms, since they haven’t been studied in randomized controlled trials involving pregnant and breastfeeding women. And sometimes, antidepressant drugs fail to help women with PPD, or to help them fast enough.

Even more frustrating: Though PPD is so pervasive — like many women’s health questions, doctors still don’t know precisely what causes it. Their best guess is that the massive drop in estrogen and progesterone hormones, which happens after childbirth, triggers changes in brain chemistry. And in some women, that can darken their mood.

“There’s a subset of women — nobody understands why yet — and their brains are susceptible to that drop in hormones that occurs for all women,” Puryear said.

How the drug works

The developers of brexanolone decided to go after this hormonal mechanism for postpartum depression, and that’s why the drug is unique.

“It’s actually targeting what many people believe is the trigger for postpartum depression itself,” Puryear said. “So it’s adding back into the system a hormonal component that may be not working well, or may not be adequate, in women with postpartum depression.” And that’s different from other antidepressants, which target serotonin or norepinephrine, known as SSRIs or SNRIs.

Brexanolone was also tested in women with moderate to severe postpartum depression in multiple clinical trials. And it appears to take days, not weeks, to work.

In one trial, 21 women with severe PPD were randomly assigned to brexanolone or placebo. Each group rated their symptoms of depression using the gold-standard assessment for clinical trials, called the Hamilton Rating Scale for Depression, or HAM-D. On this rating scale, patients are asked about their mood and other symptoms of depression, such as insomnia, agitation, and suicidal ideation. A score of 23 or greater is considered very severe depression.

The women in the brexanolone group experienced a “significant and clinically meaningful” reduction in their depression score compared to the women on the placebo drug. The drug moved women from a HAM-D score of 28 to 7, meaning they went from reporting feeling severely depressed to feeling normal. In the placebo group, the change was less dramatic: from a score of 29 to 20 — so very severe to severe depression.

In two other, larger trials, published in Lancet, each involving more than 100 women, the drug again outperformed placebo after a 60-hour infusion.

It’s worth remembering, again, that antidepressants can take weeks to work, and they don’t always help women with PPD. So the fact that the drug worked fast, and seemed to reduce the severity of women’s symptoms in every trial, is notable.

Of course, the drug wasn’t without side effects. The most common varied from flushing and dry mouth to sleepiness and passing out.

These studies were short term, only following women for a month. So we also don’t know how these ratings on a depression scale will translate to women’s lives later. And that’s part of the reason the FDA only approved the drug on a restricted access program, meaning moms can’t just get a prescription from anyone and take it at home.

Instead, they have to go to a health care provider in a clinic that’s been certified to deliver brexanolone, and they need to stay in the clinic for two and a half days while the drug is administered through a continuous IV infusion.

If moms decide to have their babies around while taking the infusion, they have to be accompanied by others. And the drug may have implications for breastfeeding: Researchers found that brexanolone can pass into the breast milk, and advised moms to talk to their doctors if they’re breastfeeding.

“What this drug adds,” said Yale University psychiatrist Kimberly Yonkers, “is that it’s a different mechanism than most of the medicines we currently have. So it may be for people who have not had an adequate response to one of the existing medications.” But the drug’s benefits need to be weighed against the costs and risks.

Sage says that in determining the price of brexanolone, it considered the fact that postpartum depression represents an unmet medical need, and that it’s a one-time treatment with the opportunity rapid relief. Each insurance company will have to determine whether the drug gets covered.

“It’s important to have a medication that was developed specifically for the treatment of [postpartum] depression,” Yonkers said. “But we have concerns about the mode of administration — it’s burdensome to patients and our health system. … I think people would be happier if it didn’t cost $34,000.”

How affluent people can set a climate example by reducing overconsumption
Claire McCaskill’s MSNBC comments revive a tired argument over the Democratic Party’s future
HBO will be the center of a tell-all oral history book
The election is close, but Biden’s prospects look better than Trump’s
Prisons have already failed to contain Covid-19. What happens when the new variants arrive?
Biden releases video blasting “the Trump Doctrine” of foreign policy