To defend journalism, we need to defend the truth and not just journalists 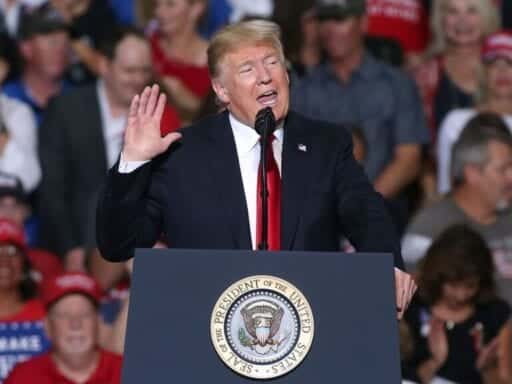 Trump embraces physical attacks on journalists because he wants to get away with lying.

Jamal Khashoggi’s murder at the hands of the government of Saudi Arabia provoked America’s normally studiously neutral journalists into an uncommon posture of agitation and straight-talk. So did the related matters of Donald Trump’s incredible credulity about the Saudi government’s role in Khashoggi’s murder and his contemporaneous decision to fly to Montana and specifically praise Republican Rep. Greg Gianforte for physically assaulting Guardian reporter Ben Jacobs last year.

This is all correct and appropriate. Journalists, like other professionals, try to defend our own — especially when the most powerful people on the planet are attacking us not just rhetorically but physically.

Yet journalists also see ourselves as more than just a normal trade that’s out to defend its narrow interests. Freedom of the press is specifically mentioned in the Constitution, after all, for a reason — the press plays a critical mediating role in the functioning of a democratic society, and the press’s ability to report critically on incumbent rulers’ actions is a big part of what makes the United States different from Saudi Arabia.

But Trump, after all, doesn’t slam the press for his own amusement. He does it because his political project depends crucially on misleading people. His enemy is not the media. In fact, Trump loves the media like few, if any, presidents ever have. His real enemy is the truth. To defend journalism, journalists need to defend the truth and not just other journalists.

Trump lying is dishonest and immoral, not savvy

Maggie Haberman of the New York Times is one of the most high-profile and influential reporters covering the Trump White House.

Yet her reaction to the president of the United States telling an inflammatory lie about the caravan of Central American asylum-seekers passing through Mexico was to make an observation about Donald Trump’s tactical savvy in deploying anti-Muslim racism.

“Unknown Middle Easterners.” A reminder that seeing Islam as “other” was a unifying theme of Trump’s support in 2016 primaries. https://t.co/oZU1yK5rBO

And this is hardly unique to her.

Axios, the breakout star political journalism sensation of the Trump years, told us over the weekend to “be smart” and ignore the policy consequences of everything that Trump says about immigration.

Be smart: Immigration in 2018 isn’t about policy; it’s about both sides making a cultural argument to turn out their base voters. https://t.co/FCIelaoipc

There is some cynical political calculus happening when Trump does this stuff. But part of the calculus is that demagogic lies will be transmitted uncritically through the media ecosystem.

Trump believes, rightly, that content of his false and inflammatory claims will dominate headlines, social media copy, and cable news chyrons rather than the fact of his dishonesty. Which is important, because while one function of Trump’s constant lying is to whip people up into a frenzy of fear and loathing about various “other” groups, the other thing he does is lie about the impact of his policies on America’s white Christian ethno-sectarian majority to seem like their champion when he isn’t.

Trump is lying about health care

While Trump wants his dishonest framing of the immigration issue to dominate the 2018 midterms, Democrats want to talk about health care. Here, too, Trump’s go-to political move is to make things up.

And unfortunately, press coverage has all too often facilitated that plan.

CBS News, for example, reported on Republicans pretending to agree with Democrats about preexisting conditions regulations as if the GOP had a change of heart; they have in fact spent years fighting these tooth and nail.

The Washington Post ran an editorial on the subject on Sunday that was actually pretty good, but came with the baffling headline “Republicans at last embrace covering preexisting conditions” when, as the text of the piece makes clear, they did no such thing.

And, critically, they’re not different from his wink-nudge approval of murdering Khashoggi and beating up Jacobs. His enemy is the truth.

Trump is a scammer and his enemy is the truth

Trump is a bigot and a demagogue, but he is first and foremost a scammer.

He riles up social division by lying about minority groups to set up the premise that he’s the champion of the majority, and then lies to the majority about what he’s doing for them.

He can’t get away with it if people know the truth, so he attacks — rhetorically, and at times even physically — people whose job it is is to tell the truth. To push back, we in journalism can’t just push back on the attacks. We need to push back on the underlying lies more clearly and more vigorously than we have.

Who the Electoral College really benefits
How Parler went offline, and how it might come back
The US is now the country with the most confirmed coronavirus deaths
Calling health care workers “heroes” erases just how terrified and exposed they really are
Mike Pence sparks outrage after appearing with “Christian rabbi” in Michigan
The US government doesn’t know how many migrant kids are still separated from their parents