Trump immediately refuted the Republican idea he was chastened by impeachment 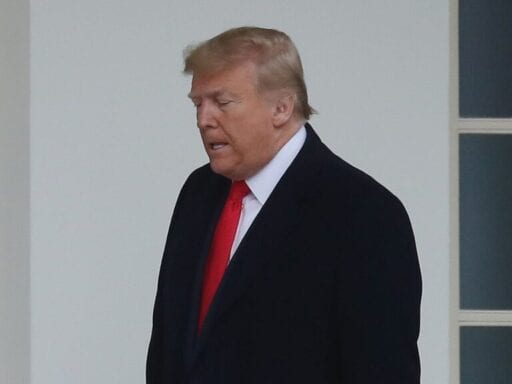 Minutes after being acquitted, Trump posted a video that ends with him as president “4EVA.”

Minutes after the Senate vote to acquit him on Wednesday afternoon, President Donald Trump posted a tweet undercutting the belief a number of Republican senators expressed in recent days that getting impeached might prompt him to tone it down a little.

Trump posted a video with an edited animation of a Time magazine cover teasing that he, or at the very least someone with the same last name, will be running for president in 2020, 2024, 2028, and beyond. It ends with Trump standing being an election placard reading, “TRUMP 4EVA.”

Trump regularly jokes about serving more than two terms in office. Coming from someone who’s supposedly the leader of the free world, Trump’s quips along these lines are never in good taste. But alluding to them in the immediate aftermath of a trial in which a bipartisan group of senators voted for his removal from office is especially brazen.

Here’s what Cocaine Mitch thinks of the Articles of Impeachment pic.twitter.com/WAgxwLKVjE

None of this is surprising at this stage of the Trump presidency. But it does reveal the absurdity of the talking points used by Republican Sens. Susan Collins (ME), Lamar Alexander (TN), and Rob Portman (OH), each of whom indicated in recent days they believe Trump learned a lesson from getting impeached and will behave better going forward.

That talking point was self-evidently absurd for anyone operating with a basic understanding of the timeline that culminated in Trump’s impeachment. The call to Ukrainian President Volodymyr Zelensky in which Trump implicitly linked the release of military aid to Ukraine helping with investigations into his political foes took place on July 25 — just one day after special counsel Robert Mueller wound down his investigation of the president by testifying to Congress and saying Trump could be indicted after his term for obstructing justice because of his interference with the Russia investigation.

So instead of responding to the end of the Russia investigation by cooling his jets, Trump was on the phone with the Ukrainian president the very next day trying to solicit political favors — the very same conduct that fueled suspicions about his Russia dealings in the first place. With Republican senators now having voted to let him off the hook for that conduct, there’s no reason to think he won’t try and do it again.

Trump is who he is. Republican senators who justified impeaching him partly because they thought he’d be chastened by the experience were either fooling themselves or the American people. Trump’s initial response to being impeached made that perfectly clear.

Facebook’s new label on a Trump post is an “abject failure,” says a Biden campaign spokesperson
Border Patrol leadership reportedly knew about derogatory Facebook group for years
8 great fitness apps for socially distant gym-goers
America has half a million fewer jobs than we thought
The problem with Bradley Cooper asking Lady Gaga to go makeup-free in A Star Is Born
The Reason I Jump expands a bestselling book about autism into a sensitive, immersive film