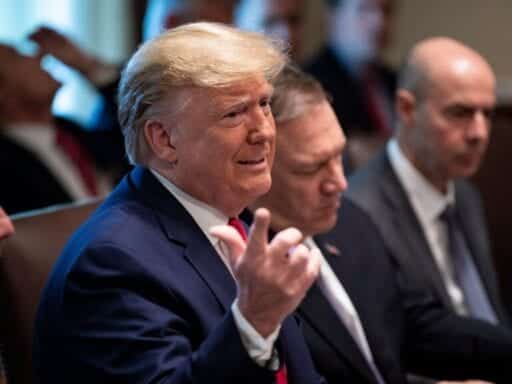 Those who strongly disapprove of Trump are responsible for the majority of tweets.

He may not have as many followers as Barack Obama but there’s no doubt that Donald Trump is the first Twitter president. He uses the platform to make policy announcements, political attacks, fire senior advisers, and bask in the chaos of replies and retweets. As it turns out, Twitter also happens to be a platform mostly made up of his adversaries.

This group of people is also incredibly vocal on Twitter.

A vast majority — 97 percent — of national politics tweets came from just 10 percent of the most active Twitter users (of all political persuasions), the survey found.

That isn’t to say politics is the only thing they talk about or that these topics dominate the overall Twitter conversation. National politics tweets represented just 13 percent of all tweets.

Note that this data doesn’t show retweets or how popular a tweet is and how far it travels, but rather shows that the most frequent political discourse is wielded by the most ardently political. However, the fact that Twitter is dominated by people who disagree with the president might provide more fodder for conservatives, who have incorrectly accused the company of blocking conservative users and other political bias.

The study also suggests that Twitter politics don’t exist in a vacuum. Those who tweeted about national politics were more likely to engage in real-world political actions, like contacting an elected official, attending a political rally, or donating money, than nonpolitical tweeters.

For the study, Pew surveyed 2,427 US adults with Twitter accounts who were willing to have researchers follow their Twitter activity. Pew used machine learning to classify their 1.1 million tweets over the course of a year as relating to national politics or not.

She confronted Jeff Flake over Kavanaugh. Now she’s a guest at the State of the Union.
The 12 most anticipated books of the fall, according to Goodreads
The Dixie Chicks make their triumphant return with the kiss-off anthem “Gaslighter”
The pernicious myth of “open borders”
The debate over what “believe women” means, explained
The shamelessness of Bill Barr