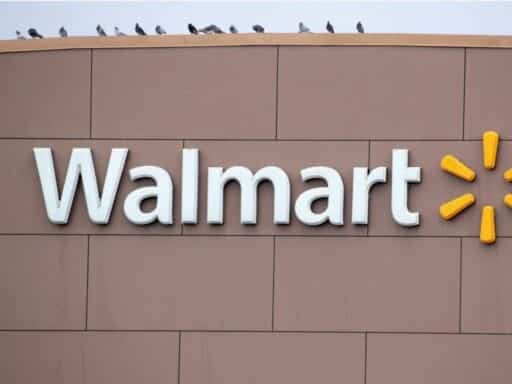 Walmart has joined the ranks of Keurig, Starbucks, and the NFL as the target of a conservative boycott push. At issue: apparel calling for President Donald Trump’s impeachment.

It began when tweets started to pop up this week showing clothing, including baby onesies and T-shirts, available for sale on Walmart’s website reading “Impeach 45” and other items that said “Impeach Trump.” Walmart isn’t the producer of the items — rather, they’re sold by third-party merchants on its platform — but as with so many things on Twitter, that nuance wasn’t picked up. Soon, #BoycottWalmart started to trend.

Trump supporters are okay with putting children in cages at the border, but not putting a baby in a onesie…okay #BoycottWalmart pic.twitter.com/KGnV6egu6x

“[Walmart] why are you selling Impeach 45 baby clothes on your website?????” Ron Fournier, head of the group Students for Trump, wrote in a tweet on Tuesday that appears to have kicked off the firestorm. “What kind of message are you trying to send?”

.@walmart why are you selling Impeach 45 baby clothes on your website?????

What kind of message are you trying to send? https://t.co/PwI4nCVAZx

And a new internet controversy was born. The #BoycottWalmart picked up on Twitter, with many conservatives and Trump supporters saying they’ll stop shopping at the retailer.

Walmart released a line of clothes supporting the IMPEACHMENT OF TRUMP!!

Just another company that clearly wants to dig their own grave!

#BoycottWalmart I’m staying away from @Walmart until further notice. Plenty of other options out there!

Very disappointed @Walmart ! Sam Walton is rolling over in his grave at this Un-American attitude #BoycottWalmart

Walmart is not anti-Trump. It’s just trying to make money.

As news reports of the “Impeach 45” shirts and the boycott took off, many of the listings for the items previously sold started to disappear from Walmart’s website. But there’s still plenty of anti–Trump stuff available. There are pro-Trump items for sale as well, including Make America Great Again hats and Trump 2020 shirts. And there are multiple other politicized products, including ones that call for former President Barack Obama’s impeachment and say that he’s a communist.

The items are from third-party sellers that use Walmart’s e-commerce platform to market and sell their products. They sign up to advertise their products on Walmart’s website, and Walmart gets a commission on sales. To become a seller on Walmart’s marketplace, merchants have to fill out an online application detailing their business, product assortment, experience, and operations and meet a set of requirements tied to insurance, product quality, and supply chains. The application process takes about 10 minutes, according to Walmart’s website, approval takes one to two weeks, and on-boarding and integration take up to a month.

The shirts that spurred the current #BoycottWalmart controversy are from Old Glory and Teespring, not Walmart, according to Bloomberg. Old Glory, specifically, sells both pro- and anti-Trump shirts.

Many online retailers operate in a similar fashion to Walmart in allowing third-party merchants to sell through their platforms. Amazon sells plenty of “Impeach 45” merchandise on its website. So does eBay.

This isn’t the first example, or the most extreme, of Walmart’s third-party sellers creating a controversy for the company: Last year, it pulled shirts hinting at lynching journalists that read: “Rope. Tree. Journalist. Some assembly required.”

Trump supporters are mad at a lot of companies

Walmart is only the latest company to get Trump’s supporters riled up.

For a while last year, conservatives were destroying their Keurig coffeemakers after the company pulled ads from Sean Hannity’s program for his defense of Roy Moore, the GOP’s candidate for Senate in Alabama, from allegations of sexual misconduct with teenage girls while he was in his 30s.

Starbucks has faced pushback from the left and the right. In 2015, conservatives were mad at Starbucks because its holiday cups were red. This year, a racial bias incident at a café in Philadelphia ignited calls for a Starbucks boycott among some progressives.

Conservatives have called for boycotts of Target over its transgender bathroom policy, of the NFL over black players peacefully protesting racial discrimination ahead of games, of Netflix because of its deal with the Obamas, and of Nordstrom because it stopped selling Ivanka Trump’s products.

To be sure, boycott and consumer movements aren’t limited to the GOP. Progressives have pushed for boycotts of companies with ties to the National Rifle Association and with retailers who sell Trump-branded products, for example.

EBay, Amazon, Walmart, and others pulled Confederate flag merchandise from their websites after public outcry in 2015.

Despite the outcry over the “Impeach Trump” shirts, Walmart is probably going to be fine. It’s the world’s largest retailer, and it had $485 billion in revenue in 2017.

Headed into the July 4 holiday, #BoycottWalmart is still trending on Twitter, and many people have weighed in. Some have commented on the fact that the boycott movement is tied to such a trivial matter instead of more serious issues, such as worker pay and benefits.

I don’t shop at Walmart because the company is horrible to its employees and it causes environmental destruction around the world.

But sure, if you want to #BoycottWalmart over a jersey, be my guest.

#TuesdayThoughts#4thofJuly
We should all #BoycottWalmart until they start paying a living wage, give their employees healthcare benefits, and actually have more than 1 cashier for 30 registers.

Others have pointed out a Walmart boycott might cut down the crowds at the superstore.

I’ve been holding off going to Walmart this week. Today’s the day baby. It’ll be the best day in Walmart I’ve ever seen. #BoycottWalmart

And some just pointed out that the whole thing is a bit silly.

Breathe, America. It’s only a T-shirt (and a baby onesie) #boycottwalmart https://t.co/4Z2XVb2Imt via @azcentral

How will 2020 Democrats deal with jobs eliminated by artificial intelligence?
The US is telling migrants “don’t come.” They might not be listening.
Twitter has permanently suspended Trump’s account
Trump just congratulated Bill Barr for doing something he said was “totally illegal” not long ago
MacKenzie Scott, the Amazon billionaire, is giving away $1 billion a month to charity
How Stephen Adly Guirgis writes some of the best dialogue in American theater