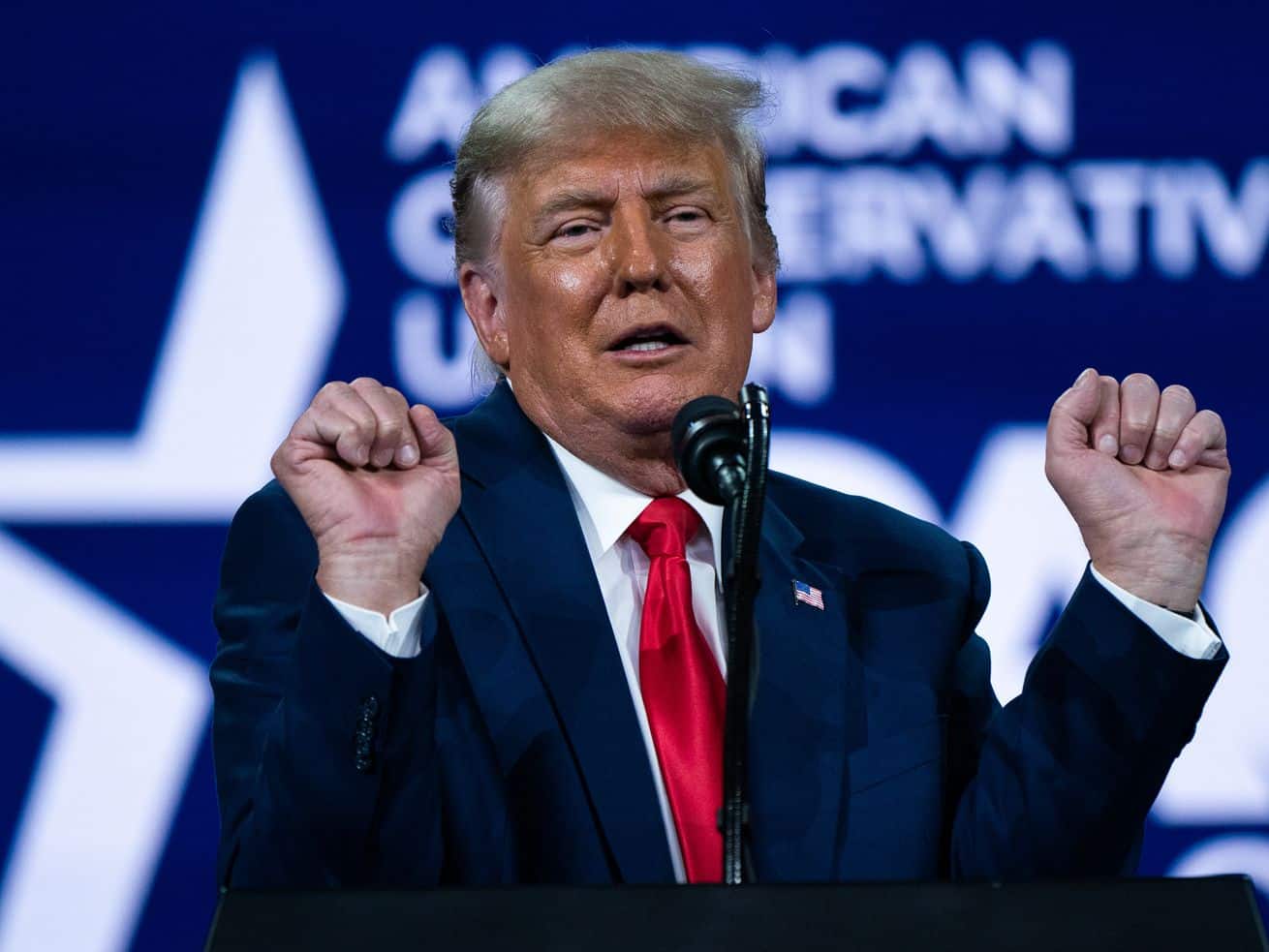 The website was announced the day before a major decision about whether or not Trump can return to Facebook.

Former US President Donald Trump has a new way to communicate with his supporters — but it looks more like a basic website than like the social media platforms he’s been indefinitely banned from since January.

For several months, Trump’s team has said it’s working on a new social media platform that will rival Facebook and Twitter as a place where the former president can communicate with his followers without any moderation. This site, called “From the Desk of Donald J. Trump,” isn’t quite that.

Fox News first reported on what it called a “new communications platform” on Tuesday, just a day before Facebook’s oversight board, a group of journalists and policy experts that can overturn Facebook’s most controversial decisions, is expected to announce its binding ruling about whether or not Trump can regain access to his suspended Facebook account.

Trump senior adviser Jason Miller told Fox News after it published its initial article that the website is “not a new social media platform” but instead a “great resource to find [Trump’s] latest statements and highlights from his first term in office,” and that his team would have new information about a social media platform soon.

For now, Trump’s new website appears to be more like a blog — essentially for posting texts and images with some basic sharing functionality.

After Trump was accused of encouraging his followers to incite violence in the lead-up to and during the January 6 Capitol riot, virtually every social media platform, including Facebook, Twitter, and YouTube, banned Trump from their platforms.

The conservative social media platform Parler, which Trump’s team started using after the former president was banned from other social media networks, was soon after banned from Apple’s and Google’s app stores altogether for allegedly allowing its users to incite physical violence on the platform.

Trump and several other Republican Party leaders have argued that this sudden erasure of Trump’s social media presence amounts to Big Tech silencing conservative voices. Trump’s team vowed to come up with its own way to directly reach his fans, and it seems this new site is the first small step toward that goal.

It’s yet to be seen if and how Trump will continue that effort once the oversight board rules on May 5 about his Facebook ban.

The Rehab Racket: Investigating the high cost of addiction care
Hurricane Dorian is gaining strength, and heading toward Florida
Adam Sandler is Netflix’s biggest star, and Netflix thinks that’s great
The worst idea of 2020
Animal Crossing is a virtual world where everything is beautiful and nothing hurts
The presidential transition begins as the GSA formally recognizes Biden’s victory