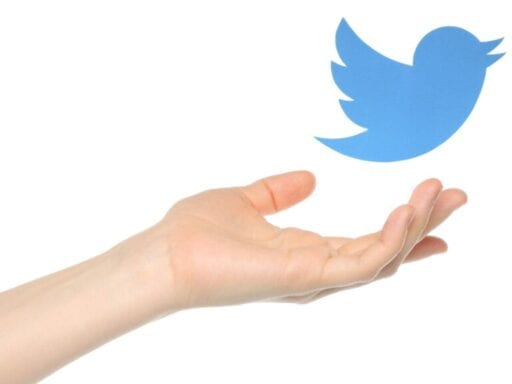 A new report reveals the company’s ongoing internal confusion over how to deal with users like conspiracist Alex Jones.

Twitter has had a very rough week. The company has been the target of intense backlash since it announced its trend-bucking decision to permit notorious right-wing conspiracist Alex Jones to remain on its platform.

The move represented a distressing new low for a company that has been frustratingly inconsistent in its efforts to ban hate groups from using the website, shield prominent Twitter celebrities from harassment, and clarify its policies for confused users, all while protecting free speech and creating exceptions to its own rules so as not have to ban the US president from its platform.

If that all seems overwhelming to you, imagine how Twitter’s employees must feel. On Friday, the New York Times visited Twitter headquarters in San Francisco to find the company in a state of shock and confusion — and urgently attempting to gain a foothold over the spiraling problem of moderating content on a site that’s growing more toxic by the second.

In a rare moment of behind-the-scenes access, two Times journalists were permitted to sit in on a policy meeting whose attendees included Twitter CEO Jack Dorsey as well as the site’s safety team. The agenda? “[T]o debate ways to make the social media service safer for its users.” But in a telling statement, the Times revealed that Twitter staff had asked to remain anonymous, for fear of becoming targeted by the very types of internet trolls Twitter is frequently accused of protecting:

Twitter asked that members of its safety team not be identified, for fear of them becoming targeted by internet trolls. “Please bear with me,” said one team member at the meeting. “This is incredibly complex.”

Complex, yes. Fixable? Uncertain. Twitter seems to be trying, at least — but it’s dismaying to see how at-sea the company still seems to be with regard to managing a problem it has repeatedly failed to effectively address.

Prior to Friday’s meeting, Dorsey had staunchly defended his decision to permit Jones to stay on Twitter in a convoluted tweet thread. Among Dorsey’s statements were the suggestion that the pressure to ban Alex Jones from the site was “political,” and the notion that journalists and the news media — not, say, Twitter moderators — should be responsible for policing harmful fake news and conspiracies like Jones’s and debunking them before they can spread.

Backlash to Dorsey’s comments was swift and intense. Many people have wondered why Jones has been allowed to remain on the site, while other users have frequently been suspended or banned for more minor transgressions.

“I don’t see this as an end point,” Dorsey said during the meeting the Times witnessed on Friday. “I see this as maintaining integrity with what we put out there and not doing random one-off interpretations.”

(As of this writing, the neo-Nazi leader Richard Spencer; Charlottesville Unite the Right organizer Jason Kessler; and former KKK leader David Duke are all active on Twitter, as apparent random one-off interpretations of Twitter’s policy against hate speech and violent groups.)

However, the Times’ account of the meeting also seemed to indicate that Dorsey has been having second thoughts about how to foster free speech on the site, while still promoting “safety.” Reporters Cecilia Kang and Kate Conger described an intense session devoted to the question of how Twitter can rid itself of “dehumanizing” speech; by the end of the meeting, they wrote, attendees “had agreed to draft a policy about dehumanizing speech and open it to the public for their comments.”

Here’s an email I sent Twitter employees today with more context around our thinking and our policies. pic.twitter.com/GMkDpKgf5S

The conversation around what does and does not constitute dehumanizing language seems to have been an embroiled one that’s still ongoing. According to the Times, Dorsey, presented as something of a beard-stroking sage, “said that while Twitter’s longtime guiding principle has been free expression, the company is now discussing ‘that safety should come first.’”

Though Twitter has clearly been trying to assess, reassess, and clarify its policies in response to the latest outrage it has incited, it’s extremely disturbing that it’s apparently only just now occurring to Dorsey that “safety” might be a better priority than “free expression.” Twitter is a website beset by years of sustained pleas from users to “ban the Nazis,” and to take real action against forms of harassment that seem to be eternally increasing, even as the company’s content detection algorithm fails again and again.

According to the Times, Twitter is “early in the process” of making these kinds of changes.

But it might already be far, far too late.

Read the full New York Times report: “Inside Twitter’s Struggle Over What Gets Banned”

Sears filed for bankruptcy, but some of its stores will stay open
The “natural” beauty industry is on the rise because we’re scared of chemicals
Some brand names have long perpetuated racism. Black Lives Matter is changing that.
How Deciem and its controversial founder changed the beauty industry forever
Sen. John Cornyn has fended off Democrat MJ Hegar to win reelection in Texas
The Armenia and Azerbaijan war, explained