Vaping appears to be making hundreds of people sick. Doctors have no idea why. 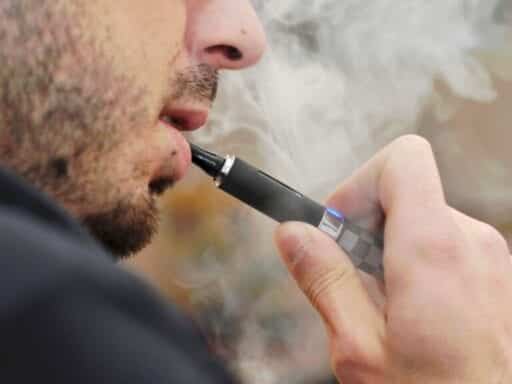 Share
Loading...
Even before the appearance of the mystery illness, researchers have been finding that vapor can irritate the lungs. | Getty Images

The mysterious spike in respiratory illnesses has sickened more than 400 people and killed three.

It was the stream of young, otherwise healthy patients landing in the intensive care unit with trouble breathing that made Utah pulmonologist Dr. Dixie Harris suspect something was up.

The first patient presented at the Salt Lake City hospital, where Harris works, on August 6. The man, in his 20s, was vomiting and had aches and pains. He also couldn’t breathe properly. So Harris tried to figure out if an infection may be causing the problems — and found nothing.

“It’s not typical [to see a young person] go to the ICU in that much distress without an obvious infection,” she told Vox. Within days, several more cases surfaced — and Harris and her colleagues at the Intermountain Healthcare hospital group started to suspect the cause may be vaping, or THC oils, since that’s the only thing the patients had in common.

In all, 28 cases of the vaping-related respiratory illness have been reported in Utah, part of a wave of 450 possible cases across 33 states and one jurisdiction since April, according to a Centers for Disease Control and Prevention (CDC) update on Friday. Of those, 215 cases have been confirmed. All patients reported using e-cigarette products, and many had vaped THC-containing products and/or nicotine-containing liquids. The CDC also reported three confirmed deaths related to the outbreak, as well as an additional death under investigation.

Health officials are trying “tirelessly and relentlessly” to figure out what’s causing the problem, said Ileana Arias, acting deputy director of non-infectious diseases at CDC. But they stopped short of naming any particular cause, despite a report out Thursday from New York state’s health department singling out vitamin E in marijuana vape products.

For now, CDC is advising people to avoid using e-cigarette products all together, particularly those purchased off the street, modifying e-cigarettes, or adding “substances to these products that are not intended by the manufacturer.”

These cases, officials warned, could wind up being the most severe manifestation of an even broader range of illness. And this disease is not the only alarming health problem linked to vaping lately. That’s why the way we view the safety of these devices is likely to change in the coming weeks and years. Here’s what we know so far.

Doctors are treating a disease of unknown origin

Patients who have come down with the mystery illness started to experience symptoms anywhere from a few days to several weeks after using e-cigarettes. So far, the patients have a few things in common, according to the CDC. They suffered from respiratory symptoms, including coughing, shortness of breath, chest pain, and difficulty breathing. Nausea, vomiting, diarrhea, fatigue, fever, and weight loss were also common symptoms. Harris, the Salt Lake City pulmonologist, said in her patients, the breathing troubles always followed the gastrointestinal issues.

Most are in their late teens and 20s with no underlying health issues. Some have gotten seriously ill, even winding up in intensive care units on oxygen support through ventilators or intubation.

A new New England Journal of Medicine study of 53 cases in Illinois and Wisconsin squares with the CDC’s findings. According to the report authors, patients were generally healthy when they became ill and had a median age of 19. Nearly all had to be hospitalized, and over half required management in the intensive care unit. Every patient reported e-cigarette use in the past 90 days, most reported using THC-based products, and the majority also reported using a nicotine-based product.

While doctors have tried to find a common bacterial or viral source of the disease, they’ve failed to turn anything up. Again, the patients only have vaping in common, but no specific products or substances link the cases together. That’s why an investigation is underway, and officials are urging doctors and the public to report cases.

2/ This is important
NO single substance or e-cigarette product has been consistently associated with these illness reports.

In the absence of a known cause, treating patients has proven tricky. Doctors have to consider a range of triggers, according to the CDC. Even though some patients who have been treated with steroids have shown improvement, health care providers are advised to only prescribe them on a case-by-case basis.

According to a statement from the New York State Department of Health, a single chemical — vitamin E acetate — has turned up in the cartridges of marijuana vape products respiratory illness patients from New York had been using.

“At least one vitamin E acetate containing vape product has been linked to each patient who submitted a product for testing,” the state health department, which is tracking more than 30 cases of vaping-related illness, said. Even though vitamin E acetate is safely used in nutritional supplements, “its oil-like properties could be associated with the observed symptoms,” the statement read.

In the coming days, there may be more cases. It’s possible the death toll will rise, too.

On August 23, officials reported the first death linked to vaping amid the spate of illnesses. The patient — an adult woman in her 30s based in Illinois — with severe respiratory disease was hospitalized after vaping, and died. No other details about the patient, what vaping products she used, or her health status, were released to the public. A second death, in Oregon, was reported on September 4. The CDC confirmed a third death Friday and said a fourth is under investigation.

The potential seriousness of the disease is particularly frightening given who it seems to be mostly affecting: young people. This isn’t surprising since we know vaping has surged in this group.

According to a 2018 National Institutes of Health survey, which has tracked substance use among American adolescents, the number of high school seniors who say they vaped nicotine in the past 30 days has doubled since 2017 — from 11 percent to nearly 21 percent. That’s the largest increase ever recorded for any substance in the survey’s 43-year history. And it means a quarter of 12th-grade students are now using, at least occasionally, a nicotine device that’s so new, we have no idea what the long-term health impact of using it will be.

While the respiratory illnesses may be new, we already know breathing vapor into lungs can irritate them

Even before the appearance of the mystery illness, researchers have been finding that vapor can irritate the lungs.

Researchers recently tracked 28,000 adults to tease out whether e-cigarettes exacerbate wheezing. Some of the people in the study were current vapers who used only e-cigarettes; others were smokers only; still others were dual users (who smoked and vaped); and finally, there were also folks who didn’t smoke or vape at all.

Compared with that last group, the non-users, the risk of wheezing among the vapers nearly doubled.

When the researchers looked at the study participants’ history of vaping or smoking, they came to even more interesting findings: The risk of wheezing was higher in current vapers who were also ex-smokers than in ex-smokers who did not vape. In other words, it wasn’t just a vaper’s potential history of smoking that was driving the uptick in wheezing among vapers. “Therefore,” the authors concluded, “promoting complete cessation of both smoking and vaping will be beneficial to maximize the risk reduction of wheezing and other related respiratory symptoms.”

Other studies have focused on whether e-cigarette users are more likely to develop chronic obstructive pulmonary disease (COPD), a set of lung complications that make it hard to breathe. Research in mice and human airway cells showed that nicotine-containing e-cigarette vapor seemed to trigger “effects normally associated with the development of COPD.”

In preliminary human studies, researchers also found associations between regular vaping and COPD. But again, this human research was observational, not experimental, so it’s not yet clear that vaping caused COPD. (For example, it’s possible the people who have COPD are more likely to use electronic cigarettes, such as ex-smokers seeking a harm reduction method.)

Vaping has been tied to other serious health problems

There’s still a lot we don’t know about the short- and long-term effects of using e-cigarette products, mostly because they haven’t been on the market for very long (and diseases related to vaping may take years or even decades to manifest).

Among the myriad health concerns: The FDA has been warning that nicotine-induced seizures could be a rare side effect of vaping.

There are also nicotine’s heart health concerns. “Nicotine [in e-cigarettes] does the same thing as [combustible] cigarettes,” Neal Benowitz, a professor of medicine at the University of California San Francisco who’s been studying the link between e-cigarettes and heart health, told Vox previously. It can increase the adrenaline circulating in our bodies and activate the sympathetic nervous system (our “fight or flight” response), raising blood pressure, speeding up the heart rate, and causing the arteries — the vessels that carry blood — to narrow.

Even when vapor is nicotine-free, it may carry other heart health risks. The heating element in e-cigarettes emits tiny particles, sometimes including metals, which can lodge themselves deep into the lungs and get absorbed into the body’s circulatory system. “That’s where we see the potential cardiovascular toxicity,” Maciej Goniewicz, one of the leading e-cigarette researchers based at Roswell Park Comprehensive Cancer Center in Buffalo, New York, told Vox previously.

Recent studies have shown that puffing on e-cigarettes increases concentration of these microscopic pollutants — in particular, PM2.5 and ultrafine particles — in indoor environments.

Researchers don’t yet know what risks e-cigarette aerosol particles carry, but these tiny particles have been studied extensively in the context of air pollution and tobacco smoking. In those studies, researchers have linked exposure to small particles with a range of bad cardiovascular outcomes, including heart attacks, high blood pressure, and coronary artery disease.

Long-term health risks aside, a recent New England Journal of Medicine case study described a 17-year-old Nevada teenager who showed up in the emergency room after a VGOD e-cigarette exploded in his mouth. “He had a circular puncture to the chin, extensive lacerations in his mouth, multiple disrupted lower incisors, and bony incongruity of the left mandible,” the doctors who treated the boy wrote in their report.

For now, the spate of illness tied to vaping is a reminder that there are a lot of products out there that haven’t been tested by officials or regulated in any way.

“These [new] cases demonstrate the importance of effective regulation,” said David Liddell Ashley, a former director of the office of science in the Center for Tobacco Products at the FDA. “Without premarket testing, reporting, and review, consumers become the test subjects.”