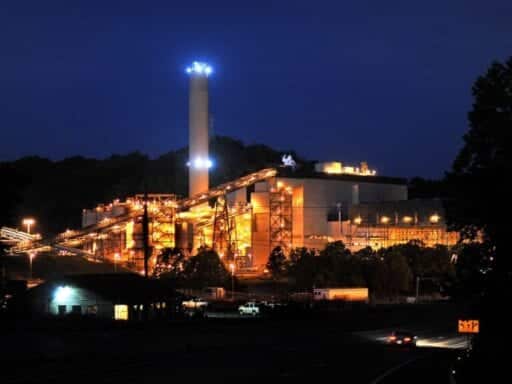 The election removed a major obstacle to the state’s efforts to fight climate change.

Virginia’s efforts to fight climate change got a big boost after Tuesday’s election, with Democrats flipping both chambers of the state’s General Assembly.

As part of its pre-election platform, Virginia’s Democratic party unanimously endorsed two major progressive environmental resolutions: They voted in favor of setting a target of net-zero carbon emissions for the state by 2050 and they endorsed the Green New Deal Virginia.

Like the Green New Deal resolution introduced in the US Congress, Virginia’s version aims to move the state to 100 percent renewable energy while pursuing social welfare programs like job retraining for workers who would lose their jobs in the transition.

It was thrilling to see @JCole4VA win last night

The Delegate-elect ran a hotly contested race, but he didn’t shy away from embracing a bold progressive platform that included a #GreenNewDeal for Virginia.

When it comes to #GND vs #GOP, GND wins pic.twitter.com/9Cq0URMDaC

Climate change isn’t a far-off issue for Virginians, so it’s not surprising that some were thinking about it at the ballot box. Many are already starting to feel the effects of the melting ice and warming oceans that result from rising average temperatures. The Hampton Roads region, for example, is facing the highest rate of sea-level rise on the East Coast. Rising waters are worsening the impacts of tropical storms that strike the state and will cost Virginia cities billions of dollars in losses in the coming decades.

That’s why Tuesday’s results are a big deal for Virginia voters who want the state to do more to limit climate change. The new Democratic legislative majority could also allow Gov. Ralph Northam to fulfill his long-thwarted ambition of bringing Virginia into the Regional Greenhouse Gas Initiative (RGGI), a compact among nine East Coast states to cap and trade greenhouse gas emissions credits.

Northam had failed to get the Republican-led legislature on board with his climate goals, but he signed an executive order in September mandating that Virginia generate 30 percent of its electricity from renewables by 2030 and generate all power from non-carbon-emitting sources by 2050. Joining RGGI would be a key way to finance this transition toward cleaner energy with revenue coming from auctioning off carbon credits.

Virginia’s Democratic Party also said that it would refuse contributions from energy providers like Dominion Energy and Appalachian Power that generate power from fossil fuels. It’s part of a national campaign from environmental activists to push public officials to say no to money from the coal, oil, and natural gas industries. Yet in many key races, Democrats still out-raised their Republican opponents.

But the test of these election promises will be in how they’re implemented. Virginia gets 53 percent of its electricity from natural gas and 10 percent from coal, so it’s a long uphill walk to zero emissions.

The election results also show (yet again) that Democrats can campaign and win on aggressive action on climate change. And they illustrate that despite high-profile criticism from Republicans, the Green New Deal is proving to be popular with many voters, even in local elections.

Ahead of the election, polls showed that more than 60 percent of Virginians wanted their government to do more about climate change. Young Virginia voters said climate change was a top-tier concern. Candidates like Joshua Cole, who won the election for Virginia’s 28th House District, campaigned on environmental action, including upgrading infrastructure to make it more resilient and deploying clean energy.

With Congress deadlocked and President Donald Trump pulling the United States out of the Paris climate agreement, Virginia’s election also highlights how the biggest opportunities to curb greenhouse gases are occurring at the state level. States like Oregon, New Mexico, Colorado, and Nevada are already locking in more stringent limits on greenhouse gases and setting higher targets for deploying clean energy.

And almost every Democrat running for the White House in 2020 wants to ramp up action on climate change should any of them take office. So climate change is likely to remain a key campaign issue for Democrats in the coming elections.

Why Iran’s coronavirus outbreak may be worse than you think
Violence followed the “Million MAGA March” in Washington, DC
The Republican National Convention: Who’s speaking and how to watch
Sen. Lindsey Graham calls for Senate to reject impeachment trial for “national healing”
Is it constitutional to hold an impeachment trial for a former president?
This week in TikTok: How are you supposed to be a girl online?