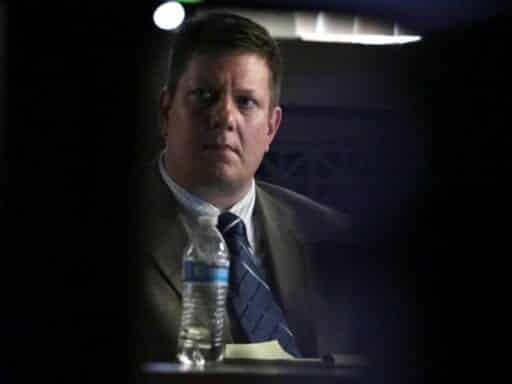 The man who fatally shot Laquan McDonald in 2014 takes the stand; Macedonia’s name-change referendum fails due to low voter turnout.

Macedonian voters back out on name-change vote

Amazon announced it will raise the minimum wage it pays its employees to $15 an hour, a move that will affect more than 350,000 workers. [WSJ / Laura Stevens]

“He is a fan of the technology.” [A spokesperson for Steven Mnuchin on the Treasury secretary’s transition lenses, which stole the show at a White House press conference Tuesday / The Cut]

Watch this: Why the Soviets doctored this iconic photo

This photo conceals a clue to a brutal story of vengeance. [YouTube / Coleman Lowndes]

USMCA, the new trade deal between the US, Canada, and Mexico, explained

Artisanal brooms exist, and they can cost $350

Amazon will now let you pay with your palm in its stores
Nude photos raised over $1 million for the Australia fires
Trans people are dreading Caitlyn Jenner’s run for governor
The deaths of 2 black men by hanging, and calls for investigation, explained
How China could force Biden’s hand on defending Taiwan
The case against summer camp