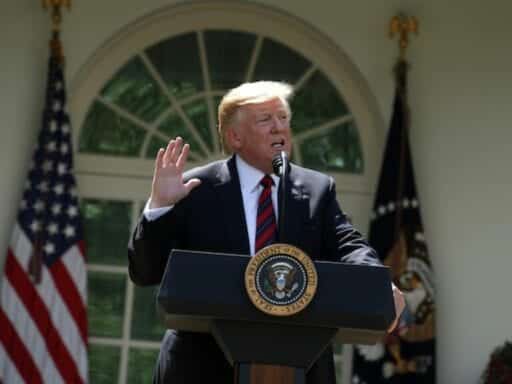 Trump unveils his new immigration plan to a lukewarm crowd; African swine fever has led to a national pork supply crisis in China.

Swine fever could kill a third of China’s pigs

“Democrats are proposing open borders, lower wages and, frankly, lawless chaos. We are proposing an immigration plan that puts the jobs, wages and safety of American workers first. Our proposal is pro-American, pro-immigrant and pro-worker. It’s just common sense.” [Trump during his speech announcing his new immigration plan]

Brian Stelter is the host of CNN’s Reliable Sources, as well as the network’s chief media correspondent. Ezra Klein sat down to interview him about the future of cable news and its effect on the political system in a new episode of The Ezra Klein Show. [Spotify | Apple Podcasts]

How “let people enjoy things” became a fight against criticism

Texas may pass a “Save Chick-fil-A” bill

Brand names have gotten weirder. A professional namer explains why.