Vox Sentences: Disarray down under 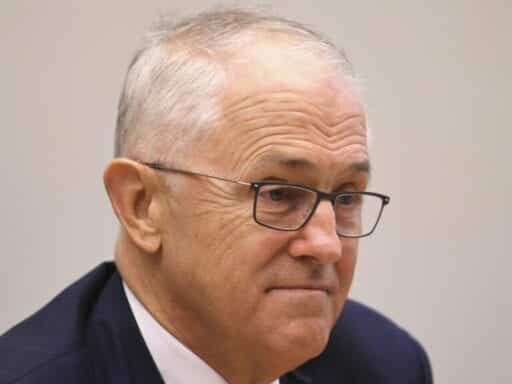 Keeping up with the Australian government; Hawaii prepares for Hurricane Lane.

Chaos “spills” over in the Australian government

“We are told that time will heal and yes, time is the consummate healer, but the body remembers all that we are encouraged to get over. To keep going is to live; to survive is to love — again. To heal is to remember, and in time, we can remember without the hurt … I did survive; I am living.” Aaden Friday in “The Stories We Tell About Sexual Assault — And The Stories We Don’t” / Medium]

Watch this: The fractured politics of a browning America

The US is getting more diverse. As more Americans realize this new future, it is changing how cultural and political divides take shape. [YouTube / Ezra Klein, Madeline Marshall, and Ellen Rolfes]

How coconut oil went from health food to “poison”

We’re failing in the opioid crisis. A new study shows a more serious approach would save lives.

Yes, men can be sexually assaulted. Gender stereotypes make it hard to talk about.

Why alt-right trolls shouted down Donald Trump Jr.
The viral tweet about Trump refusing to give Biden his @POTUS followers is wrong, even if it is on-b...
The evidence for using hydroxychloroquine to treat Covid-19 is flimsy
I paid off all my student loans. I still support student loan forgiveness.
Another way coronavirus will make Americans’ lives worse in the long term: More guns
Trump has expanded the travel ban to 6 more countries