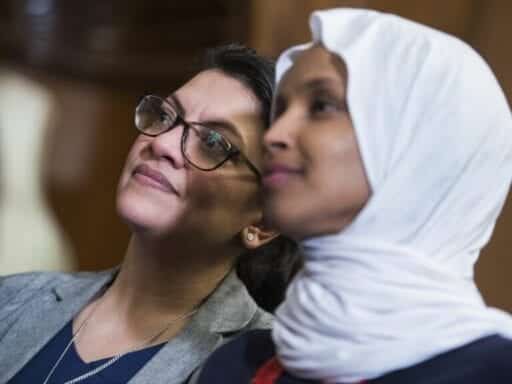 Israel bars Omar and Tlaib from visiting the country

“Israel’s denial of entry to Congresswomen Tlaib and Omar is a sign of weakness, and beneath the dignity of the great State of Israel. The President’s statements about the Congresswomen are a sign of ignorance and disrespect, and beneath the dignity of the Office of the President.” [House Speaker Nancy Pelosi on Israel’s decision to ban Reps. Ilhan Omar (D-MN) and Rashida Tlaib (D-MI) from visiting the country]

Watch this: What the US gets wrong about minimum wage

Raising the minimum wage doesn’t have to be so hard. [YouTube / Madeline Marshall]

Why everybody’s worried about a recession again

How Trump’s attempted WeChat ban would devastate Chinese American families like mine
Can the Senate vote on a replacement for Justice Ginsburg before the election?
Netflix’s Shirkers is a punk feminist documentary gem
Will Ferrell and Rachel McAdams star as Icelandic Eurovision hopefuls in the comedy of the summer
Remembering the genius of Julia Child
South Carolina exit polls show Buttigieg and Klobuchar lagging significantly with black voters