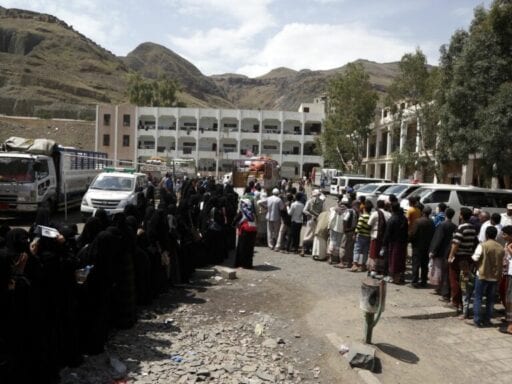 Newbies take on establishment Democrats in the New York primaries; “hundreds of thousands of lives hang in the balance” in Yemen.

The battle to control Hodeida has “deteriorated dramatically”

“Ron DeSantis is committed to standing with the Puerto Rican community, especially after such a tragic loss of life. He doesn’t believe any loss of life has been inflated.” [A campaign aide for GOP gubernatorial candidate DeSantis, who is among multiple GOP candidates diverging from President Trump on a conspiracy theory that Democrats are behind reports that more than 3,000 Puerto Ricans died in Hurricane Maria / Politico]

The global water crisis is at an inflection point. How do we price our most valuable resource while also ensuring access to it as a human right? Learn more in this week’s episode of Explained, now on Netflix.

It happened there: how democracy died in Hungary

The big question about Manafort’s plea deal talks with Mueller: will he cooperate?

Correction: yesterday’s edition of Sentences incorrectly stated that “Uighur leaders have largely remained silent” about the detention of other Uighur Muslims in China. Instead, it is Muslim leaders who have remained silent.

The complete list of 2018 Emmy nominees
The White House has 2 testing standards: One for Trump and another for everyone else
Report: Massachusetts rarely fires state troopers, “no matter what they have done”
How chicken plants became more dangerous places to work than coal mines
The destruction of the Amazon, explained
America’s uniquely bad Covid-19 epidemic, explained in 18 maps and charts